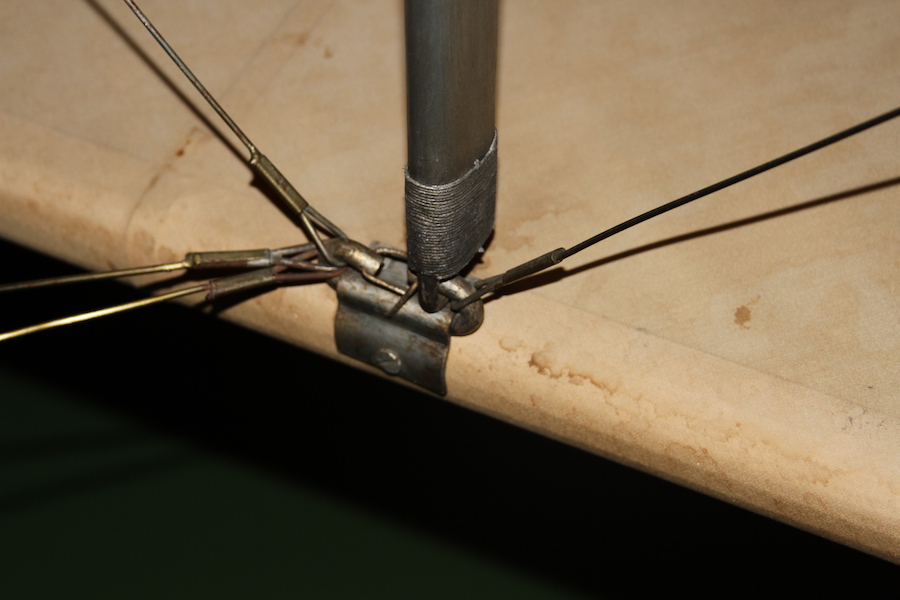 December 17 is, of course, a very important day in the annals of homebuilding. Well, all aviation, I suppose, but I really have to remind folks that Wilbur and Orville were the original homebuilders first, and aviation businessmen second. They dreamed, they tinkered, they built… and then, they flew! It’s what we all do, really – some start with a kit, some start with plans, and some start with nothing but an idea and a napkin – but we all get to the same point – that first flight. Most of ours last for more than 4 seconds and 112 feet, of course, but the thrill has to be the same, handed down over generations of aviators.

Ever wonder about the details of the Wright Flyer? I took this picture of the 1905 Flyer, currently displayed in Dayton, Ohio. This was in storage for years; until Orville suggested that it would make a nice display in their hometown, and helped put it back together. It is barely improved from the 1903 model, and the construction techniques were similar. This is the base of a wing strut, where it attaches to the bottom wing. Note the C-shaped bracket attached to the wing with the metal strap and a screw. The loop on the bottom of the strut slides on, and then they had a safety pin that clipped in to close the gap so that it couldn’t release. But the strut wasn’t rigidly attached, it just floated! Since the wings had to warp for roll control, this gave them the flexibility they needed.

The flying wires were looped and then (apparently) brazed on the ends to hold the entire structure together – the struts held the wings apart, the wires held them from separating! The bottom of the strut was wrapped in cord (it was actually hard to tell if it was cord or wire, since it had been painted over) to keep it from splitting. The metal loop on the bottom of the strut was drilled into the strut itself, so the outside was reinforced with the wrapping.

This all makes me think about tinkering in the shop. If you are building a modern kit, you have probably only had to puzzle out a few things – mostly figuring out what the instructions were telling you. But if you started your airplane in a more primitive fashion, you might have sat, just as I imagine the Wright brothers did, trying to come up with a way to fabricate, reinforce, or attach parts like this. That tinkering gene is a bond that ties us all together, from the first homebuilders to the present day. I think that’s kind of neat.

I’m off to the shop to build a mold for a fiberglass airbox I designed for our Tundra project. What are you going to build today?