Elliott Sequin is one of those bright young men the air force would trust with 50,000 pounds of thrust, but we think he’s working with more than that at Scaled Composites where Elliot does his daily toil. 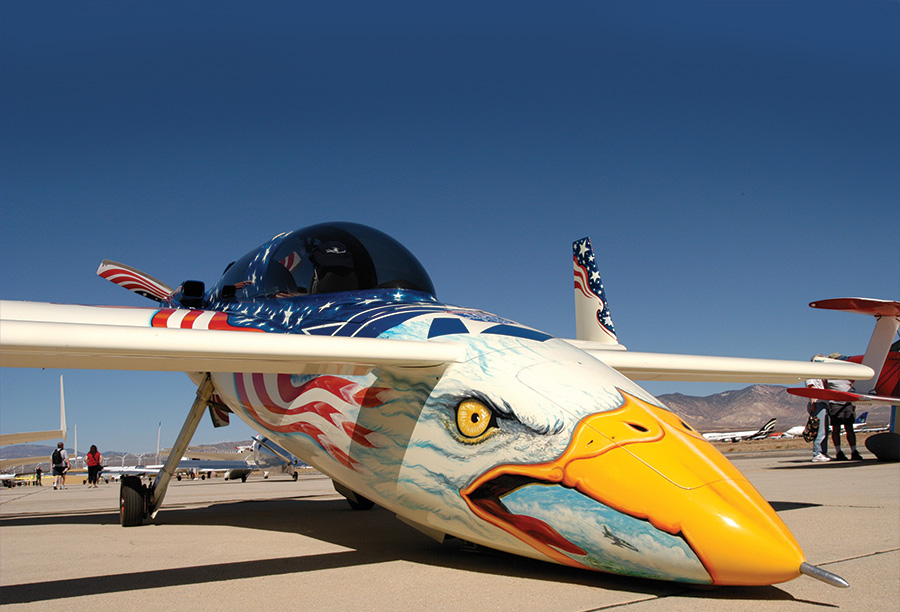 Judging by the flock of them on the ramp, canards are the Mojave national bird. Here is Dick Rutan’s personal Berkut. Proving that old fighter jocks never tire of horsepower, the patriotically-painted unit is powered by a twin-turbo Lycoming 390 Thunderbolt and is said to really haul.

The Core ConceptAsked if the Experimental Fly-In was an annual event, Elliott Sequin answered, “Maybe. Our gut feeling is that despite all the terrible news in GA, and all the shake-and-bake home building that dominates the conversation right now, the core is still there. People still respond to the guy who figured out how to do it with what he could get. The guy who made the weird thing he wanted, despite not having all the bells and whistles the big guys have. [Last year’s] response reinforced that assumption; if that’s the case, the event will go on in one place or another. As the Mecca of Experimental prototype aircraft, what better place than Mojave?”

Thankfully for the rest of us, Elliot’s yen for things Experimental is enough to apparently play the spark plug in a low-key get-together on the Mojave Air and Space Port ramp, a place used to seeing dreams rolled out into the sunlight. Known as the Mojave Experimental Fly-In, the event has its own very nice website (www.mojaveflyin.com), but is otherwise lightly marketed. That’s fine, as the goal isn’t to draw legions of the unwashed through a ticket turnstile (attendance is free), but rather, to assemble the best of the true experimenters for what is really a meet-and-greet—a place to put faces and handshakes to the names you may have read about. Officially it’s just four hours long, from 10 a.m. to 2 p.m., but that’s enough time for a quick ogling of the hardware, and better yet, to meet the people who build and fly it. 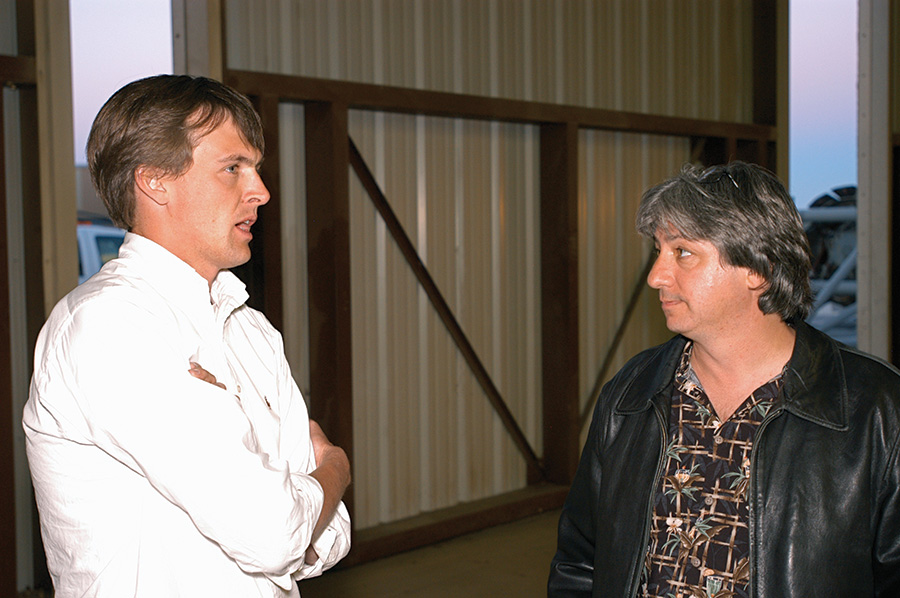 Other than seeing some of the greatest Experimentals ever built, there’s little secondary activity at the Mojave Experimental Fly-In. The event is purely non-commercial; there are no vendors, no booths, no airshow, no low-level hot-dogging, no PA system, no entry fee and none of the county-fair huckstering common to large aviation gatherings. The only place making money was the overwhelmed airport café, and the only scheduled event was a talk by Dick Rutan and Mike Melvill, just before lunch. It was popular enough that the fire marshal threw a wet blanket on the crowding, so not everyone got in on that one.

In other words, it’s as if a bunch of engineers decided to show each other their projects one Saturday afternoon.

This was the second Mojave Experimental Fly-In, if you count last year’s similarly organized Scaled Composites open house fly-in, and it proved that last year’s event was no fluke. The tower counted 312 operations, up from 292 last year, and the great majority of these were Experimentals. There are plans for another gathering next year, with a chance that the big names at Mojave (Scaled Composites, Virgin Galactic and XCOR come to mind) will open their doors for a little show-and-tell. They were closed tight this year, although banners proclaimed they were taking résumés. And there were plenty of employees participating and sightseeing on the ramp with an eye for new talent, so access to these major companies was good. We’ll be back, whether or not the big hangar doors are open, as the planes and personalities are too good to miss. 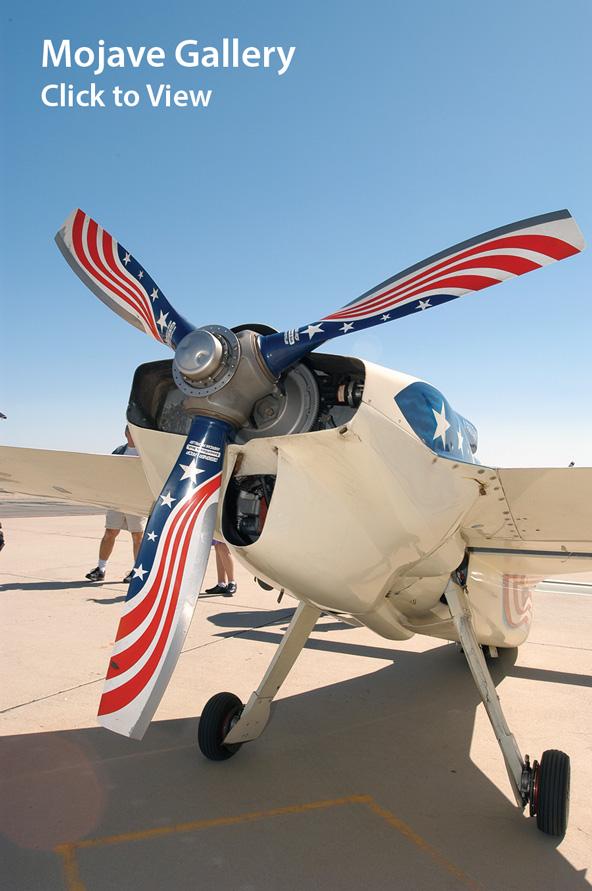