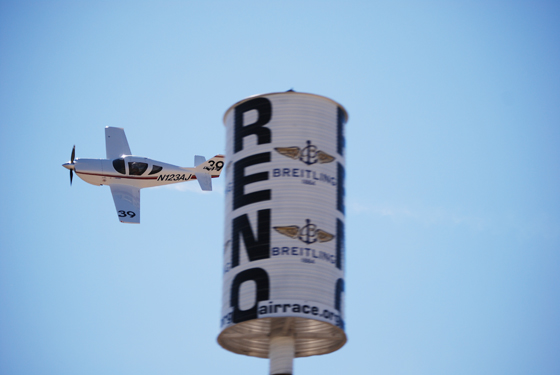 The Lavelle qualifying speed is not only faster than every one of the higher horsepower aircraft that qualified in the Super Sport Class, but it was also faster than more than half (14 of 24) of the entrants in the Unlimited Class, which includes multiple P-51 Mustangs, a Fockewulf, a P40 and an F4U Corsair.

Further, Lavelle propelled his Glasair III to First Place victories in every heat of the Sport Class races, including the Sport Class Gold race. “I’m proud to be a part of putting Glasair back in the winner’s circle, and I had a lot of fun doing it,” he said.

The Glasair III kit is manufactured by Glasair Aviation in Arlington, Washington. The company also manufactures the Glasair and Sportsman kits.

For more information on the complete line of Glasair kits, call 360/435-8533 or visit Glasair Aviation.