Home Newsline News If You Can’t Fly In, Enjoy the Trip Anyway 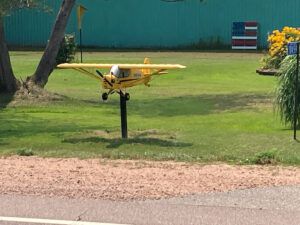 “To infinity and beyond/But at the speed limit.” So reads electronic billboards along the Wisconsin interstates I traveled on my way to AirVenture yesterday. Someone in the state highway department must have a sense of humor and I appreciated the diversion. This is the first time in about a decade that I haven’t been able to fly my own plane into Oshkosh and the first time in several years that I was traveling alone, so I was looking for entertainment.

My schedule required me to drive some equipment to Albuquerque on the way to the show and I took the opportunity to visit friends at Mid Valley Airpark in Los Lunas, New Mexico. They, in return, took me to the EAA Chapter 179 monthly meeting in Albuquerque. What a delight! This is a robust chapter to be envied and imitated. Several families and teenagers attended Tuesday night and I would estimate that the average age was about 40 with an about even gender mix. In addition to the potluck, Mark Sturm gave a fascinating, well-organized, and educational presentation about an incident he experienced in a rented Cessna 210 near Wendover, Utah. But, the best part of my visit was meeting the very proud parents of a young woman who just graduated from Kansas State University with an aviation degree. She had initially become interested in an aviation career during a Young Eagles flight. She followed up by attending the chapter’s Double Eagle Aviation Academy for a week one summer. She and her parents joined the chapter and became “super volunteers” before she headed off for college. What an endearing story that should warm the heart of any Young Eagles volunteer. It certainly touched me. 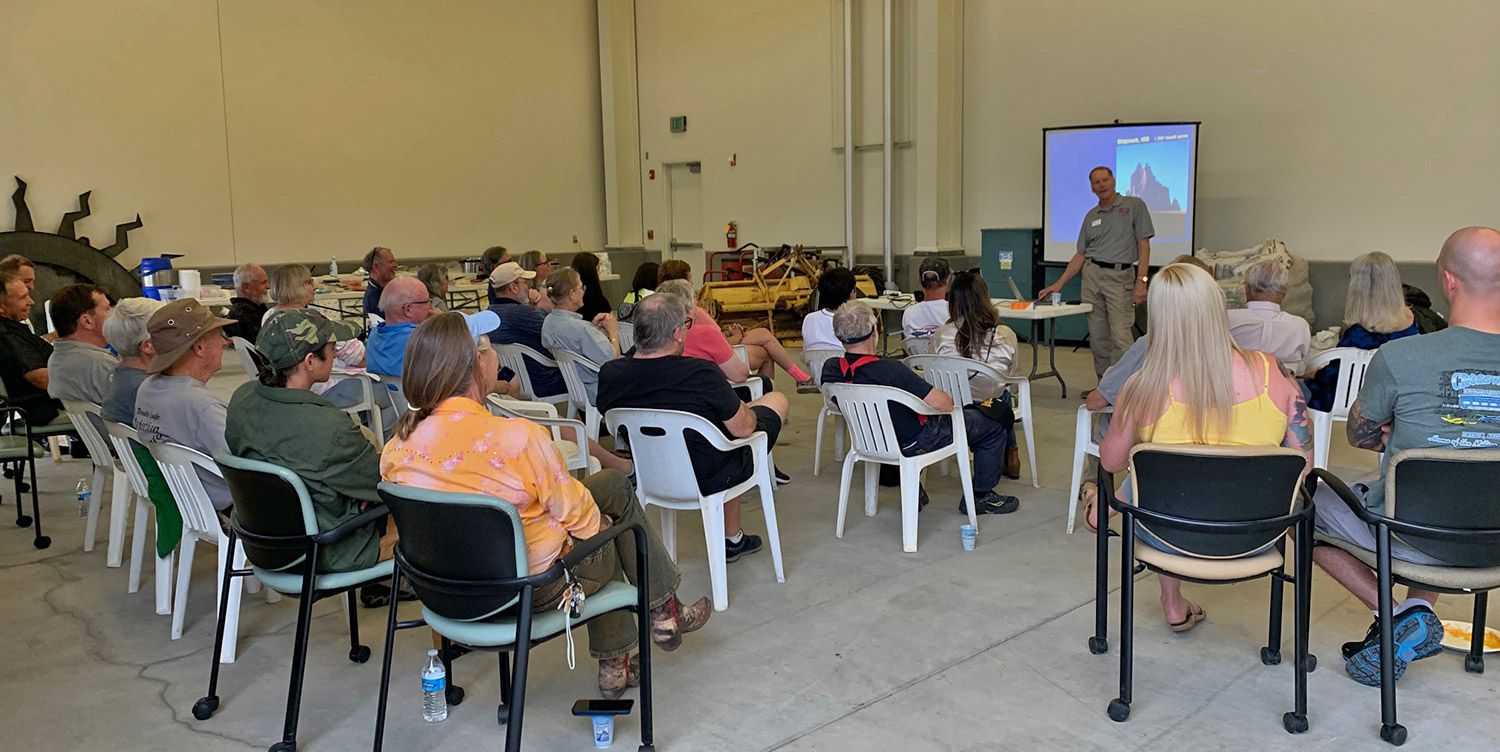 A couple days later, crossing Wisconsin on State Highway 10, sighting a small model of a J-3 Cub on a post along the road broke the tedium. As I sped past, I looked for the expected airstrip on the farm. Sure enough, a beautifully manicured grass strip extended maybe 300 feet from the road. I’m guessing a skilled pilot owns that farm and Cub! Since trees grow at one end of the strip and a road crosses at the other end, I wonder if the pilot departs towards the trees and curves left over the adjacent fields nearly as soon as wheels are “up”? Or, is lift off and climb over the road? If the latter, how does the pilot ensure that no tall truck pass at the exact wrong moment? Pondering such thoughts seems to make the time go faster.

Driving into the “show” certainly wasn’t as fun as flying in past years, but there were just enough spontaneous highlights to relieve the boredom of long, cross-country drives. The fun and joy are there on just about any path. You just need to be open and look for the special.

Myron Nelson - March 13, 2022
0
Our culture’s version of schadenfreude often distills down to something called the Darwin Award,...