Home Newsline Kneeboard Notes On the Way There 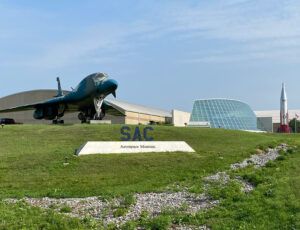 After four trips to AirVenture in the RV-10, we decided to park the tent and take the land-based RV (Motorhome) and try the Scholler experience. Part of the adventure of traveling over 1500 miles one way is finding places along the way to park for the night. We’ve had lots of luck, both good and bad, but boy did we ever stumble into a terrific spot on I-80 west of Omaha.

Since we were kind of “winging” our route as we went, about late afternoon when we have a pretty good idea of where we want to stop we turn to the well worn directory and start calling for a reservation. After a half dozen “sorry we’re full” responses (getting worse as we get closer to OSH), we decided to try a state park, prior to the last resort of finding a Walmart parking lot. 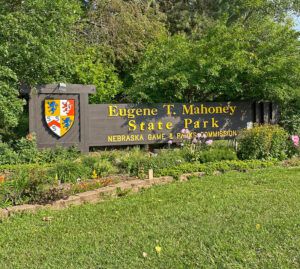 We stumbled upon the Eugene T. Mahoney State Park near Ashland Nebraska, just west of the Platte river. What an incredible find it was! The park is close to I-80 but far enough to avoid the all night Jake Brake concert that the roadside RV parks endure. The park has two campgrounds that can handle any sized rig, and features paved sites with nice separation, mown grass, mature trees and at least electricity if not full hook-ups. The list of further amenities is long and impressive.

The park features both reservable and “walk-up” first come first served sites which turned out to be a blessing for us. Evie and I agree that after 20 years of RV’ing, this has been our favorite overnight stop, and as an added attraction, after both a park entrance fee and a campground fee, it was still one of the least expensive places we’ve ever stayed. 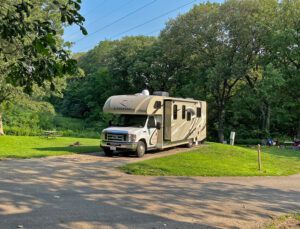 If all of the above weren’t enough, for those wanting to get their avio-pheromones wafting early, the park is literally right next door to the Strategic Air Command & Aerospace museum with its collection of dozens of important and iconic military aircraft and space vehicles. You can’t miss it, it has the B1-A bomber parked right in front. The museum is affiliated with the Smithsonian and Dayton air museums and is first rate. All of this, I am embarrassed to say, we stumbled upon quite by accident. For anyone coming from the west, especially via I-80, I highly recommend the Eugene T. Mahoney State Park.

Mary Bernard - May 18, 2008
0
The new Lancair Evolution flies, and the Aircraft Electronics Association speaks out on ADS-B implementation. The Arlington Fly-In and EAA sign new agreement, and Garmin introduces the GPSMAP 495. Aircrafters LLC is the distributor for a new overhead lighting console.