Jeppesen, Inc., the company that brings you instrument charts, announced today the release of a VFR+GPS chart series for navigation in North America. 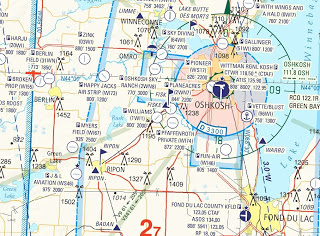 he explains, drove the company’s desire to design a series of Visual Flight Rules (VFR) charts that are easier to use than NOAA Sectional Charts, because the Jeppesen charts are built around actual flight paths used most by VFR pilots. The new Jeppesen VFR charts aggregate aviation data with the latest cultural and terrain data in a way that uses color and contrast to make a VFR chart easier to read and interpret. Terrain data from the Space Shuttle radar missions provides a realistic depiction of the earth below.

The new VFR+GPS chart coverage areas will initially include en route and area charts stretching from Miami to Atlanta with expansion to other areas across the U.S. in 2009. The latest en route chart offered for July includes Wisconsin and Illinois, and is featured as a Special Oshkosh Commemorative Chart during EAA’s 2008 AirVenture show. Get yours at the Jeppesen exhibit booth just west of the new Wittman Field tower during the show. For additional information visit Jeppesen or call 800/621-5377.