Kitplanes Editor Paul Dye became the first journalist to fly the new Panther single seat sport plane this week in Florida. The clean-sheet design from Sport Performance LLC is in the process of being kitted, and the company reports that they have several on order and a number of builders already working on their tail kits. The prototype is flying with a Corvair engine, specially modified for aviation use, and gathered significant interest at Airventure 2013.

“The airplane flies very well, and I felt at home doing rolls and other mild aerobatics within the first half hour in the airplane” Dye said. “For a prototype with only about 60 hours of flight time, the design feels and looks very mature and is an impressive achievement at the less expensive end of the market. The cockpit was comfortable, the controls responsive, and it didn’t appear to have any bad habits on take-off or landing.”

Look for a complete flight review and kit report on the Panther in a future issue of Kitplanes. 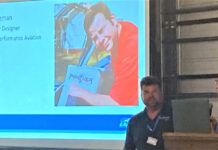 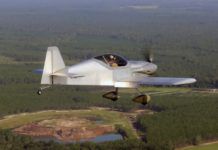 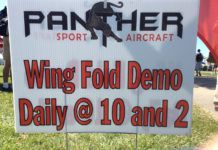 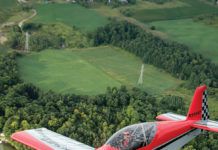