When Is an LSA Not an LSA?

I always enjoy the annual compilation of aircraft that can be built from scratch in your January issue, but I have a disagreement with the WAR Aircraft replica fighters (Corsair, Thunderbolt, FW-190, P-51) being Light Sport qualified. While they meet the weight, maximum cruise speed, and number of seats requirements, they do not meet the stalling speed requirement. They also have retractable gear, which is a disqualifier for Light Sport.

In case you are interested, the Sport Aircraft Works Mermaid kit and/or the finished aircraft are not available and there is no information on the web site as to when they ever will be available.

In your current 2008 LSA Directory could no one see that you included the same picture for two different airplanes from two different manufacturers? I am referring to the Sport Aircraft Works SportCruiser and the Sportsplanes Skylark DV-1. The SportCruiser has the wrong picture shown. Also, on the same page, the Skykits Savannah VG is listed as having two tandem seats and a cabin width of 29.5 inches. Im quite certain that this vortex generator model uses the same fuselage as the other two Savannah models with side by side seating and a cabin width of 42 inches.

Yep, and thats not all. We managed to miss a few in the recent directories, some of which deserve an explanation. First, we gather the directory data months in advance of publication, so its not unusual for designs to be introduced or withdrawn soon after the issue is printed-like the Mermaid. Not much we can do about that. Second, we clearly continue to struggle with the semi-automated part of our culling process that highlights Light Sport-legal designs from the rest. We have refinements coming for next years Buyer’s Guides that should, fingers crossed and Microsoft willing, finally slay this beast. Third comes two of the designs not yet mentioned that we called LSA legal that are not: The Zenith CH 640-hey, where did those two extra seats come from?-and the Junqua Ibis RJ.03, which doesn’t meet the stall-speed requirements.-Ed.

Stein Bruchs article on antennas was excellent with only one important omission-he failed to mention the Air Whip. The Air Whip is a dipole design, but is unique in several respects. It is end-fed-the feedline is attached to the end of the antenna rather than the center as with traditional dipoles. It is much simpler to install and free of feedline-placement issues. We manufacture the Air Whip with feedline and Mil-Spec, soldered-on BNC connector, and pre-tune it at manufacture. Performance is excellent and often surpasses that of “standard” quarter-wave whips and dipoles. For wood, composite and rag-and-tube aircraft, the Air Whip is an excellent choice and has been proven on dozens of types.

Thank you for picking up the press release on our Safety-Trim servo controller. We have had an excellent response from the homebuilt market. We recently completed a promotion and sold over 170 units. Additionally, our products are now available through SteinAir. However, when I was exploring kitplanes.com, I found the hyperlink to our web site is incorrect. The correct web site address is www.tcwtech.com.

Thanks for the Barnaby Wainfan series on flight testing and stability. It is very useful and well written. You have my request and support for censoring any plans, kit or product directory entries where the suppliers claims are clearly far-fetched. It is unfair to put builders and buyers in a position where they must invest great amounts of time and money to discover their choice is to fly illegally, abandon their investment or themselves misrepresent in a resale. Specifically, identification of an aircraft as Light Sport or ultralight should mean compliance to LSA/ultralight requirements. If everyone would follow Richard VanGrunsvens lead, your readers and the marketplace would be well served.

I belatedly read your October column [“Around the Patch”] tonight and thought it a good one as usual, except for your use of “arguably” twice. Arggggh! Had you also used “that said” Id have tossed my cookies fsure. Im one of those pilots with only three digits of time, but an editor with thousands of hours, a reader with thousands of hours more. Im here to tell you the most obnoxious thing a writer can do is let such overused and tired words and phrases clutter the copy. Please cut it out! What the hells the matter with “maybe” and “perhaps?” Enough of that. I thank you emphatically for the series on composites. Most helpful.

Rick Lindstrom - February 15, 2008
0
Although not a huge factor in airplane crashes, carbon monoxide poisoning does contribute to accidents each year. This is entirely avoidable with a good, functional carbon monoxide detector in the cockpit. The choices in these units have increased over the years, so now there's no excuse to do without this useful tool; by Rick Lindstrom. 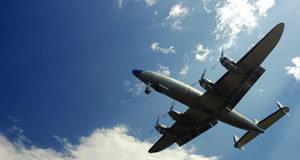