After reading about Tubemiter [“Tube-Notching Made Easy,” April 2015], I tried the web link and found it did not work. Tube Coping Calculator (www.metalgeek.com/static/cope.pcgi) is a program that will do much the same thing, save for the fact it operates as a web page and calculations are done not on your computer, but out on the web.

Several other readers also reported difficulties. We verified the link was working before we submitted the April issue to our printer. However, Tubemiter was moved to a different web page after we went to press. Try one of these links: www.ozhpv.org.au/shed.html or http://moz.geek.nz/mozbike/giles.html.—Ed.

Bob Hadley responds: My experience is that single flute countersinks are more or less prone to the same issues as multi-flute countersinks. For anything that shows on an airplane, I still recommend using only piloted countersinks—especially if hand-drilling.

In “Can You Hear Me Now?” [March 2015], there was some great advice on radio communication with one exception. “For the option” is not intended to be used at uncontrolled airfields. The AIM clearly states the option approach “will only be used at those locations with an operational control tower and will be subject to ATC approval” (AIM, 4-3-22). The option is meant to be a training aid for instructors, not a “get out of jail” call for pilots and should never be used on CTAF.

Thanks for pointing out that reference, Jeff. We missed that, and it goes to show that there are always new things to learn.—Ed .

The Helio-Courier-style slats mentioned in “STOL: How Short Can You Go?” [April 2015] are properly called Handley-Page slats. Developed by Gustav Lachman in 1918 and independently by Handley-Page in 1919, those slats are historically best known from the 1929 Curtis Tanager, which had a stall speed of 31 mph and a 90-foot landing roll, impressive even today.

Common terminology at the leading edge is that slats are movable whereas slots are fixed, but trailing edge flaps of the correct types are always referred to as slotted.

Thanks for the additional history. It is amazing how far back some “modern” innovations actually go.—Ed. 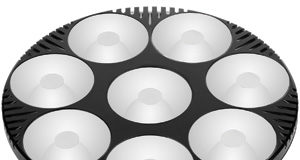