The paradox of learning to fly some of the most fun and least expensive of aircraft is that instructors are rare and schools are nearly nonexistent, creating a little work for someone new to the sport. However, training is vital if you want to become proficient and safe in your chosen mode of flight. Even for capable pilots, transition training and sometimes a full check ride may be in your future. How much training you need depends both on your existing experience level and the aircraft you want to fly. For example, if you already fly single-engine airplanes, the transition to an ultralight can be fairly easy. However, the controls normally have a far different feel and require a different touch. The same SEL-qualified pilot will need even more work when turning to the canopy sports, weight-shift control aircraft or rotorcraft. Don’t let pride get in your way when transitioning.

You may be surprised to find that a good instructor and the prices charged are different from what you might be used to for general aviation pilot training. Certified Flight Instructors (CFIs) work for a combination of love and money. There is almost always the love of flight, but few (if any) are getting wealthy. The good news for pilots learning to fly airplanes is that the training game is rigged by the FAA so that you can get inexpensive flight instruction. An aspiring professional airline captain’s first flying job may be as a CFI because all of the time spent teaching others is loggable time that the airlines want. You pay less for instruction because you are paying rent on the airplane and buying gas, and if there is competition in these areas, the market adjusts. The downside is that your young flight instructor may only be around until he or she finds a better job, and then you’ll have to find another instructor. On the other end of the spectrum are the seasoned pilots who have other jobs or who have retired from the airlines and are flight-training for the love of it. They can be a great bargain because the younger instructors set the price for such services.

The economics change completely when you get into sport aviation. For one thing, instructors aren’t normally aspiring to be airline pilots. They are doing what they do because they enjoy it, but they aren’t young and still living with their parents. At the end of the day, being a CFI has to at least be self-supporting or interest wanes. The good news is that it can be easier to establish a training relationship with an instructor who will work with you all of the way until you get your rating. 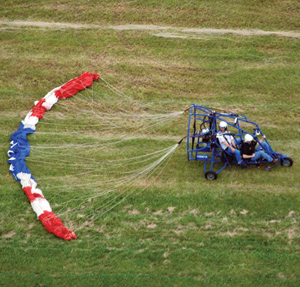 Check enthusiast organizations for your particular type of aircraft when trying to locate an instructor for transition training.

That doesn’t mean you can’t negotiate a better deal for instruction. Many of the instructors are also aircraft dealers. If you don’t yet own the aircraft you want to train in, you may be able to work out a deal up front. If you don’t want to purchase until after you learn to fly, you may be able to lock in a discount for that future purchase. Still, you may not find a lot of wiggle room in the pricing because there simply isn’t a lot of markup in either the training or the aircraft. But if you don’t ask, you’ll never know!

Locating an instructor can efficiently be combined with the search for an aircraft, particularly if you are in the market for something new. As you talk to owners, manufacturers, distributors and dealers, bring up the subject of flight training. Inquire whether there is anyone they would recommend. If it seems appropriate, also ask if there is anyone you should avoid, along with why they consider an instructor good or bad. Keep in mind that some people think certain instructors are bad simply because they train in a competitor’s aircraft. Do a little digging to qualify what they say.

The Internet is a great research tool. Many instructor/dealers have their own web sites, which is handy because you can usually narrow your search to your part of the country. There are also organizations that list instructors, both those with FAA certificates and those with an organization’s own certifications in the case of ultralight instructors. 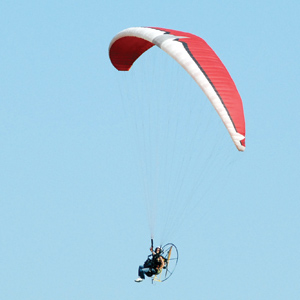 Getting training for a single-seat design can be more difficult.

It also doesn’t hurt to ask about instructors at your local airport. It’s a long shot, but perhaps someone there can train you. More than likely, the local pilots will have heard of someone in the region who is at least flying what you aspire to fly. When you find that pilot, you may also find a scattered community of like-minded pilots in your area. With a little luck, there may be an instructor in the mix. If not, there will certainly be recommendations for others you can work with.

Flying the really fun stuff isn’t like learning to fly general aviation. Rare is the prospective pilot who can just go to the local airport and sign up for lessons. However, the extra bit of time and effort and travel will be well worth it if you can safely learn to fly exactly what you want to fly.

Kitplanes - June 5, 2021
0
A sleek Lancair IV-P was on our October 1997 cover along with the blurb promising an over-gulf trip from Florida to Mexico.