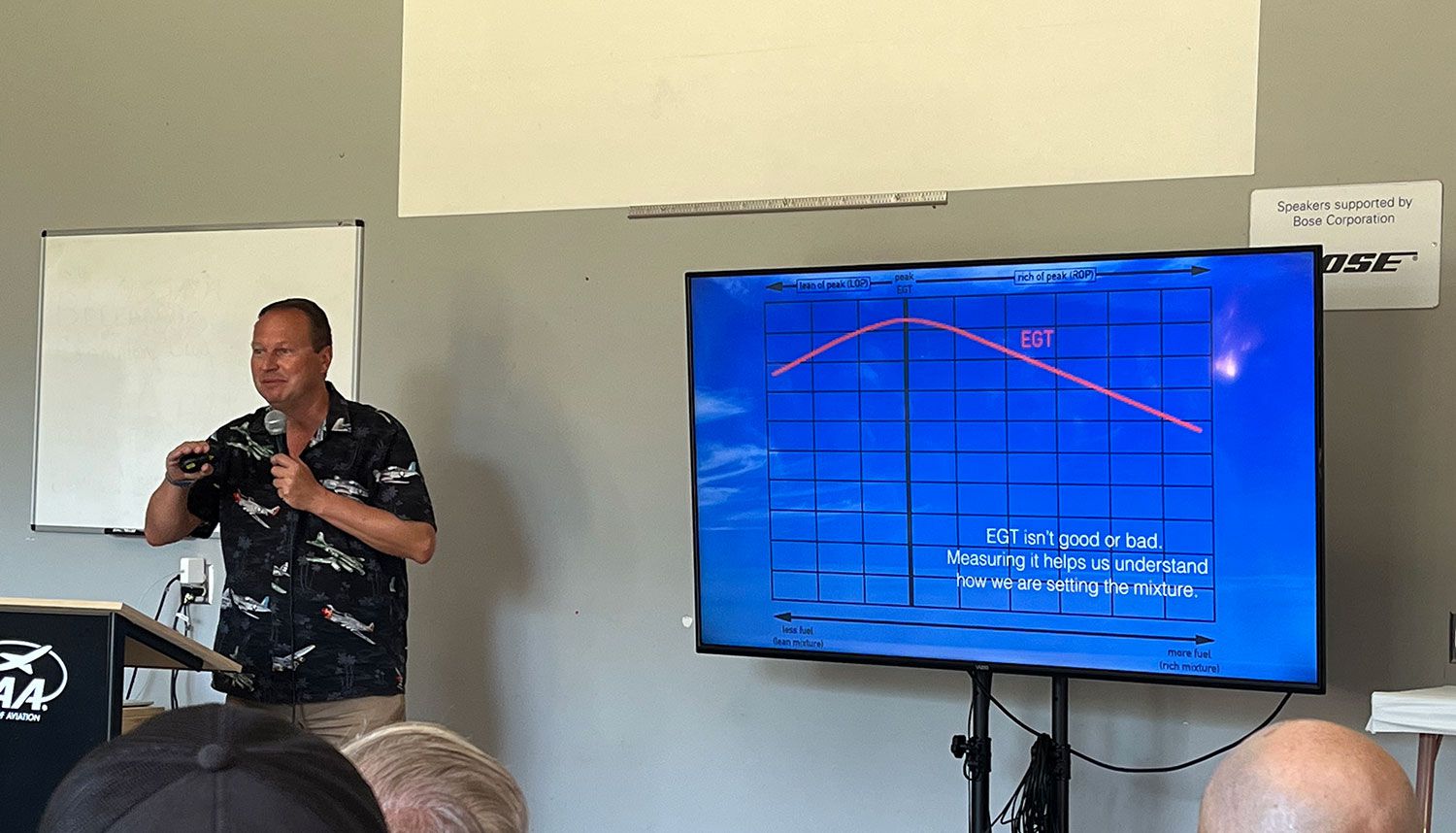 Many have heard of operating their aircraft engines lean of peak, but few really understand what that phrase means. A fair amount of distrust is heaped upon this concept, fueled by a century of instructors warning not to lean your engine “over square” (where the manifold pressure exceeds the RPM, such as 25 Inches and 2500 RPM) or you will blow your engine up.

Martin Pauly, an expert on the matter from Germany, by way of Cedar Rapids, flew all the way to AirVenture in his Bonanza to say “poppycock”. In a packed forum, Pauly debunked the old wives’ tales to explain exactly what “lean of peak” is and why it is good to run your engine that way, when appropriate.

Pauley explained that we start with a graph of the engine’s exhaust gas temperature (EGT) in relation to the amount of fuel introduced into the running cylinders (the mixture). The EGT is used simply as a data line to determine how the engine is operating. The real information comes from two other lines plotted on the graph, the cylinder head temperatures (CHT) and the horsepower (HP). We monitor the CHTs because when they get high, engine components are stressed, leading to premature failures down the road. We monitor horsepower curves because they tell us how much power we are getting from the engine at certain EGT levels. We monitor fuel flow (FF) to see how much avgas (and money) we are burning.

Using peak EGT as a data point, Pauley divided the EGT/CHT/HP/FF graphs into two sections, rich of peak (ROP)to the right of peak EGT and Lean of Peak (LOP) to the left of peak EGT. He then examined engine performance in several phases of flight; taxi, initial climb, cruise climb, descent and landing. The goals in each phase are to have nominal power for each task, minimizing fuel use and keeping the engine cool. His findings in many cases defy the “common wisdom” of engine management in the past. 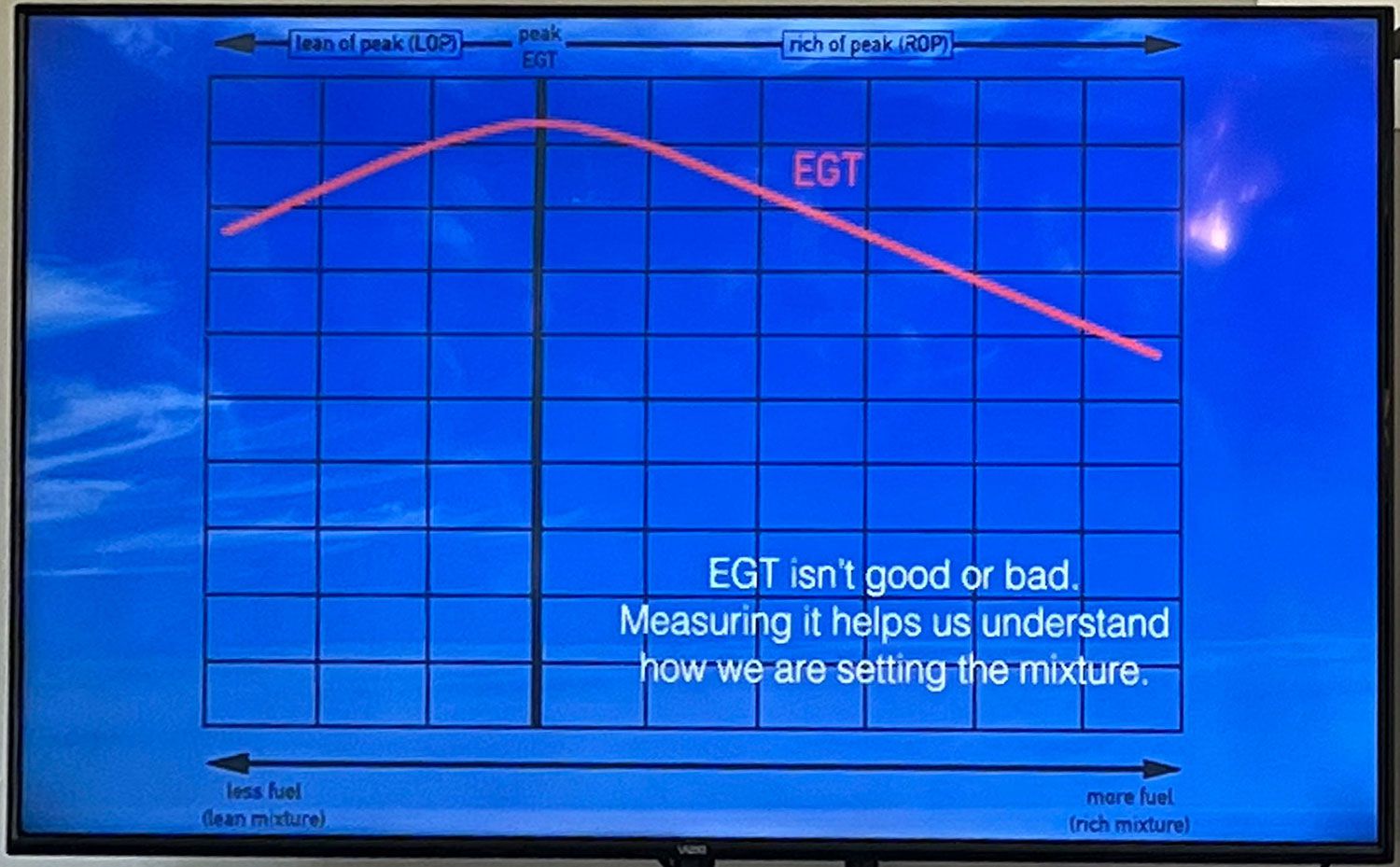 Not only is LOP operation in cruise more economical, it it results in cooler operation of the engine and less stress on rotating components. Pauley also casts doubt on the common practice of automatically going to full rich upon descent and slamming the prop forward on down wind. He showed where it made more sense to enrich mixture on descent only as needed for smooth operation and to go full forward on the prop only if needed for a go-around.

Marc Cook - August 29, 2020
0
There are no halfway measures to describe what has transpired at Glasair Aviation from...