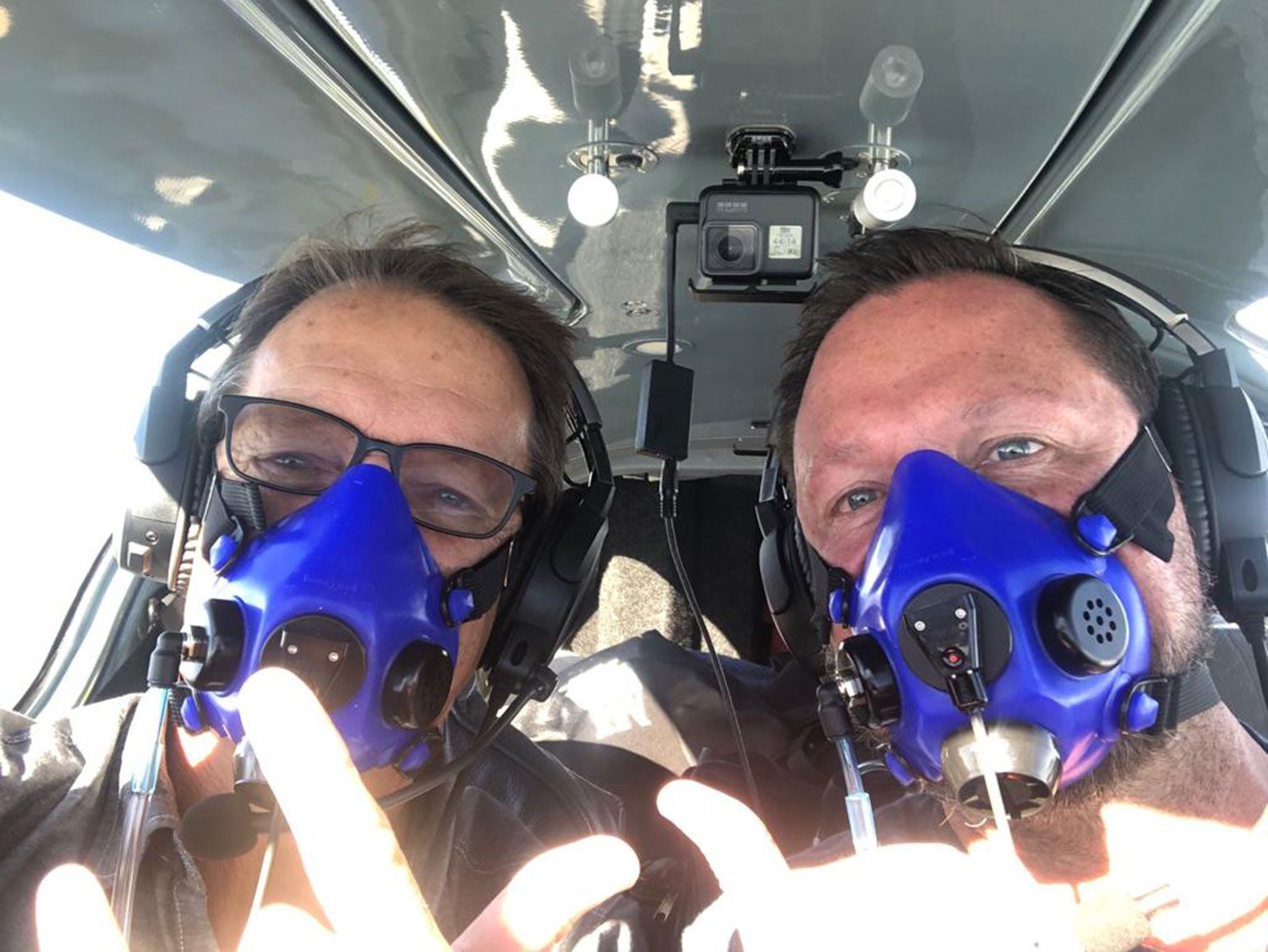 Why are these two men from The Airplane Factory wearing masks? Because they were on their way to AirVenture in a Sling TSi… at 27,000’! Flying non-stop from Torrance, California, they punched “Direct KOSH” into their GPS, and started to climb. While most of the time was spent at more reasonable altitudes, they took advantage of some winds (and the turbocharged Rotax 915is) to gain the benefit of winds to push them along.

The trip in the Sling took them just 10.1 hours, and they reported the use of several relief bags along the way. They wanted us to note that their maximum altitude was actually 27,100 feet – but we felt that was just for bragging rights. 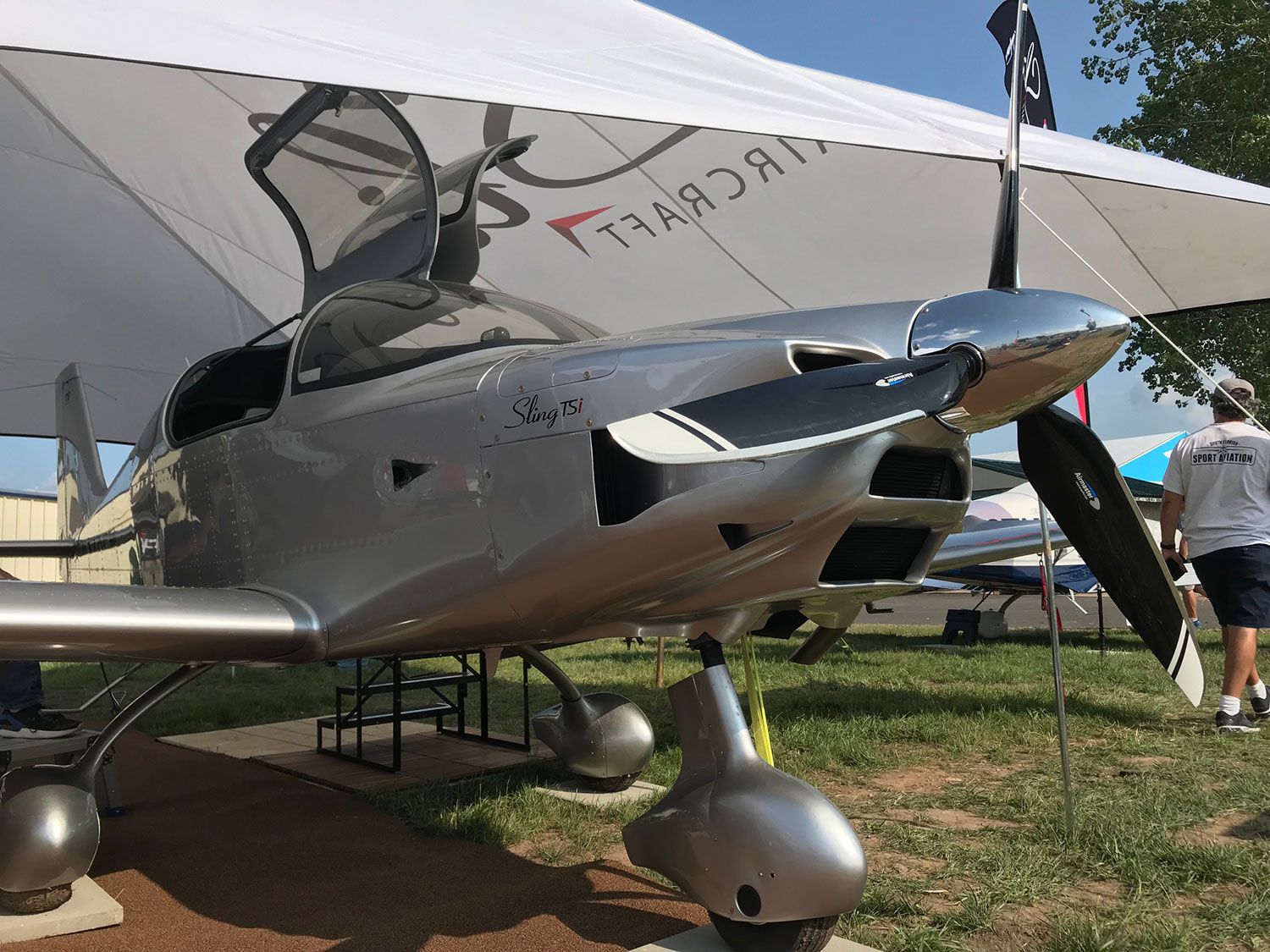