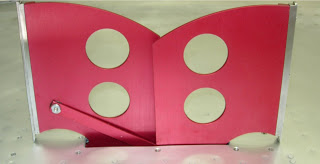 RDD Enterprises, LLC announced the availability of the electrically actuated Speed Bra-X for the Van’s RV-10. RDD’s David McRae headed up the development program for the design, working with Precise Flight, Inc., which holds a number of Supplemental Type Certificates for speed brakes on a range of aircraft, many of which are installed as original equipment. “At cruise speeds, Speed Bra-X deployment will give you a steady speed descent rate of 1000 feet per minute or a level flight reduction of 20 KIAS,” McRae said. “The RV-10 performance envelope is already very impressive and utilitarian; we’ve just added a vertical dimension to it.” 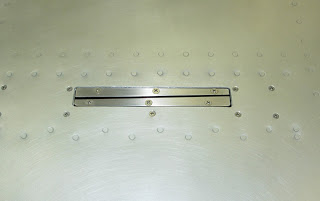 The company says the benefits can be realized in virtually every phase of flight including initiating rapid descents without the need to reduce power, maneuvering without increasing airspeed, quickly reducing airspeed upon encountering unexpected turbulence and increasing wing loading for a smoother ride in rough air.

The Speed Bra-X kit is $3995, and the installed weight is 9 pounds. It offers power-failure protection, and a lighted on/off switch indicates deployment.

Dave Prizio - August 18, 2020
0
This time we will finish up our condition inspection and look at the sometimes...

Amy Laboda - July 27, 2012
0
After a reluctant transition from paper to pixels, Amy Laboda explores the options available in digital-charting apps and how she arrived at a decision.