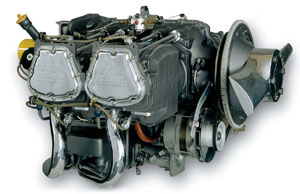 Lycoming has announced a new program that provides significant discounts with the return of a select engine core. “We have many customers that have flown behind Lycoming Engines their entire flying careers,” said Todd Stoner, Lycoming vice president of marketing and sales. “This program is meant to reward the loyalty of those customers whose engine core was either rebuilt or overhauled at the Lycoming factory.”

Lycoming’s factory-rebuilt engines are built to the same limits as new engines, and they come with a zero-time logbook. They have the same two-year warranty as an all-new engine. A Lycoming engine overhaul features genuine Lycoming parts, from new cylinders to new camshafts, the company says.

The factory loyalty program requires the return of select exchange cores, which are engines that last left the Lycoming factory as a Lycoming rebuilt or overhauled engine. To determine whether you qualify or to find a distributor, visit www.lycoming.com or call 800/258-3279.

Lycoming Engines is also once again offering airplane owners and operators up to $5000 off a zero-time factory-rebuilt Lycoming engine. “We recognize that many owners may not have been in a position to take advantage of the discounts on rebuilt engines that ended in December 2009,” says Todd Stoner, Lycoming vice president of marketing and sales. This offer requires the return of a Lycoming factory new engine that has never been overhauled or rebuilt, known as a first-run core.

The amount of savings depends on the engine type. For the most accurate quote, contact any Lycoming distributor listed at www.lycoming.com (use the Locator by clicking on How to Buy and then Distributors). For more information, contact a distributor or call 800/258-3279.