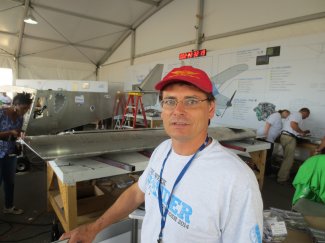 As of Friday morning there was still a steady stream of AirVenture visitors coming to the pavilion where volunteers are determined to assemble and taxi test a Zenith CH 750 kitplane before the convention wraps up on Sunday. Nick Heintz of Zenith Aircraft said that assembly is on schedule: The panel has been installed and is being wired, much of the cabin interior is done–the seat belts were being installed when we visited–the tail is on the airplane and the rudder and elevators are being rigged, fuel lines are being installed and the remaining riveting on the wings is wrapping up.

As the CH 750 is coming together, the detail work means there is no longer a need for the big teams of volunteers that were the feature up to today. Heintz praised the organizers of the “One Week Wonder” project and said that planning was underway at last year’s AirVenture. Over the course of the last year the team made sure that every component needed in the assembly of the airplane would be in place and volunteers were scheduled. So far, everything has worked. 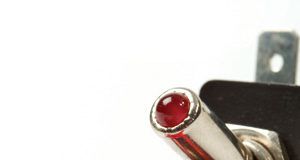 Dave Forster - June 20, 2014
0
Im trying to build this airplane, but I have literally never even tightened a bolt in my life.