First the economic news; at $2295, the 9000EX is $100 cheaper than when it was introduced. Second is the capability: The internal MP3 player has increased internal memory, from 512 megabytes to 1 gigabyte.

PS Engineering says that it has been able to leverage some economies of scale in manufacturing to help reduce costs but also cites very low warranty claims, which help with the bottom line.

The 9000EX is a slide-in replacement for the PMA8000B and the Garmin GMA340. It features an auto-squelch (IntelliVox), six-place stereo intercom supports, four transmitter selections (com 1, com 2, telephone and a split com allowing the pilot to use #1 and the copilot to use #2), four unswitched inputs and two entertainment inputs. It also has Bluetooth telephone connectivity as well as the ability to connect via wire to most popular cell phones through the front-panel jack. An internal recording system (IRS) stores incoming radio chatter for quick review by the pilot.

Loading music data to the 9000EX is done through a front-panel jack and a supplied USB converter cable; music is brought to the aircraft on a USB memory stick. A backlighted LCD screen shows the secondary modes and depicts the MP3 player’s functions. 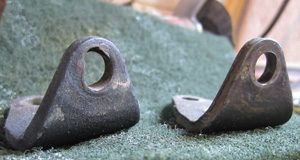 Paul Dye - August 10, 2010
0
There are many reasons that building your own airplane takes awhile. Columnist Paul Dye details the pitfalls of completing one seemingly simple maintenance task, which brings into focus the bigger picture.

Tom Wilson - September 20, 2016
2
Getting Practical-What can you do for a better engine?