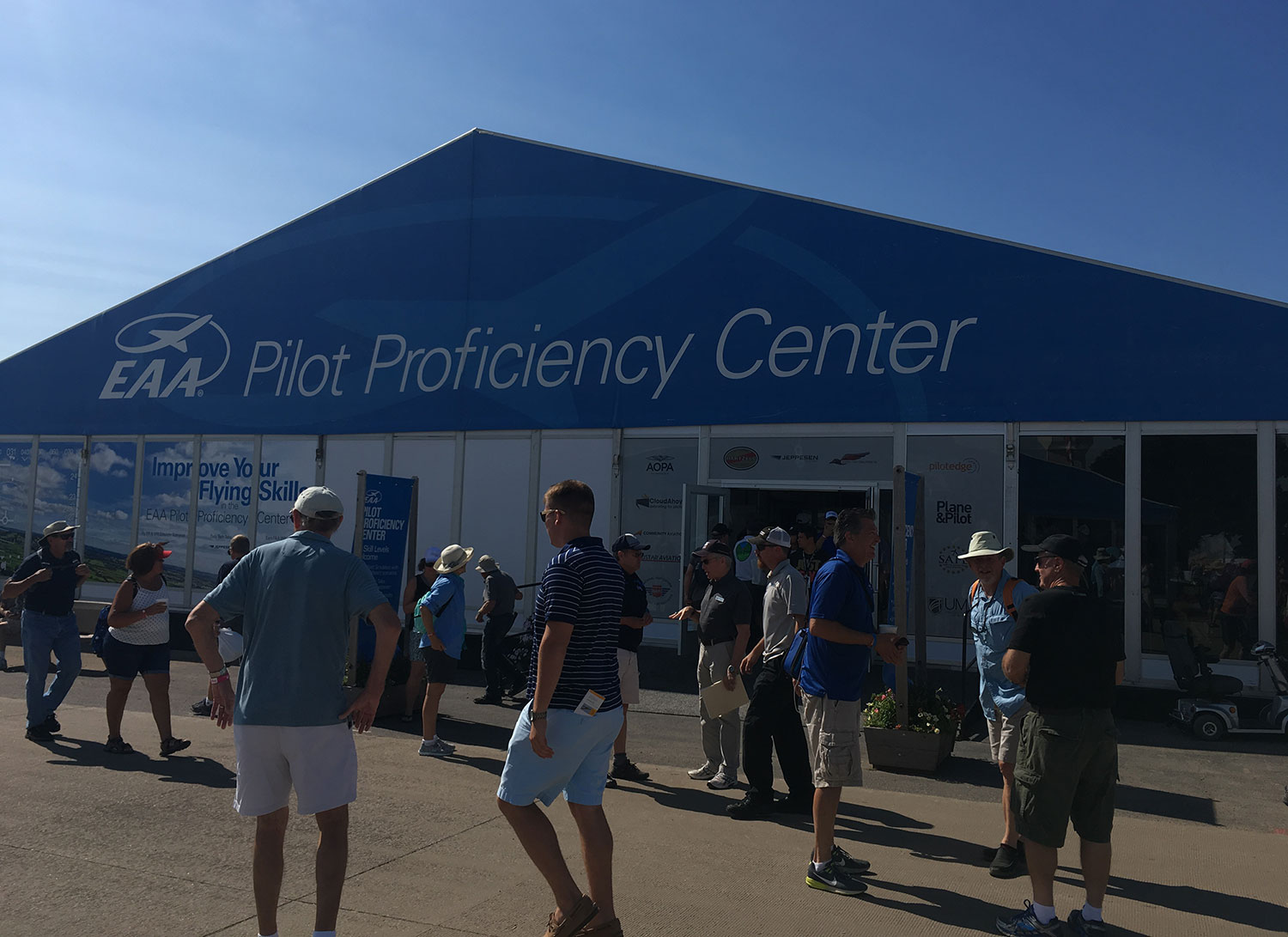 Risk Management is an important topic within the EAA, especially when you consider that loss of control accidents are the biggest killer of pilots in the E-AB community. This year, the EAA Pilot Proficiency Center has created three training scenarios for their RedBird Simulations that let pilots experience an engine failure on take-off, the perils of the steep pullout after a low pass, and the feeling of losing it in the base-to-final turn and ending up in a spin.

These three scenarios were the topic of a Wednesday panel discussion which included Airshow Pilot Michael Goulian, Former NASA Chief Astronaut Charlie Precourt, CFI and LOBO president Jeff Edwards, and Paul Dye, Editor of Kitplanes and former NASA Flight Director. It was moderated by Joe Brown (president of Hartzell Propellers). The focused discussion was held in front of a nearly full house and recorded for future viewing, and dealt with the panelists’ views on how pilots get in to these situations and how they can be avoided. All panelists emphasized not only stick and rudder skills, but planning and decision-making in advance of flight as key elements in surviving emergencies.

The hour-long session is planned to be made available on the EAA web site and as videos for chapter leaders and others concerned about decreasing the number of LOC accidents.