Duane Huff garnered fame (if not fortune) when he fully restored a beautiful 1947 Aeronca Chief and flew it from Lawrenceville, Georgia to Oshkosh (they did not call it AirVenture then) in 1995. Duane left with an award for the best Aeronca at the show. Later, that beautiful restoration graced the cover of a lesser known competing magazine, which we will only reference by its initials (Plane and Pilot). Since then, Duane has scarcely missed an OSH, flying the trusty Chief to the show on four occasions, and scrounging alternate transportation the other years. More often than not, Duane’s sweet wife, Tess, was by his side.

With the march of time, Duane retired from a storied career as a High School Choral Director. He fended off advancing years by leading EAA Chapter 690 in building an RV-12 with high school students. Only last year, Duane lost his dear Tess and his health faltered, with his kidneys giving up in 2018. Duane missed AirVenture 2018, staying home to get situated with his thrice weekly rendezvous with the dialysis clinic in Lawrenceville. After the show, a friend called him and told him that OSH just wasn’t the same without him. Duane shrugged and said he was resigned to his fate. He felt that his Oshkosh days were over because he had to go through dialysis every Monday, Wednesday and Friday. To which his friend replied, “What, they don’t have dialysis in Wisconsin?” 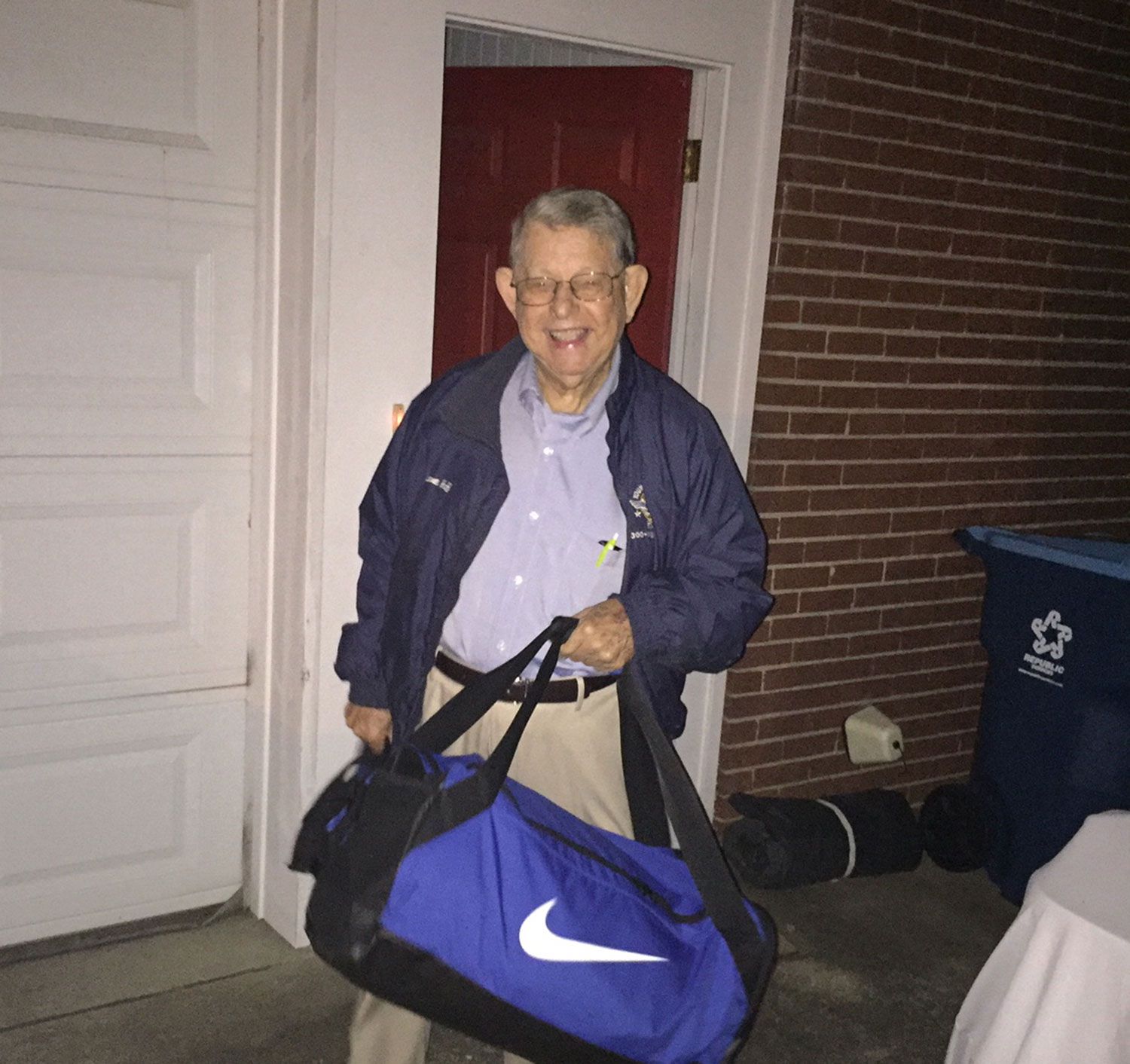 That planted the seed. Duane talked to his doctors, they talked to a nephrologist in Oshkosh (it turns out that they do, in fact, have dialysis in Wisconsin), and the rest just became a logistical workout. Things have really fallen into place. The good folks at the Aurora Medical Center dialysis clinic have carved out three slots for Duane. The good folks at Vista Mobility are renting a scooter to Duane. It turns out that AirVenture is really handicap accessible. Life is good.

Duane’s Sunday started at 5:30 a.m. with a trip to Atlanta Hartsfield-Jackson airport. The good folks at Delta had a wheelchair ready to whisk him through security to the gate. Duane boarded the MD88 and paused at the cockpit to offer any assistance the Captain and FO might need. He then he settled in for a speedy 2 hour flight to MKE (the approximate time it took him to clear the airport property in the Chief). Two hours after touchdown, Duane was getting checked out in his new scooter. Three power off stalls and one approach was enough. Now, with the scooter throttle turned up, his friends cannot keep up.

It is a wonder what handicap accessibility, helpful people and one determined 88 year old Aeronca driver can do. Kidneys, we don’t need no stinkin’ kidneys! 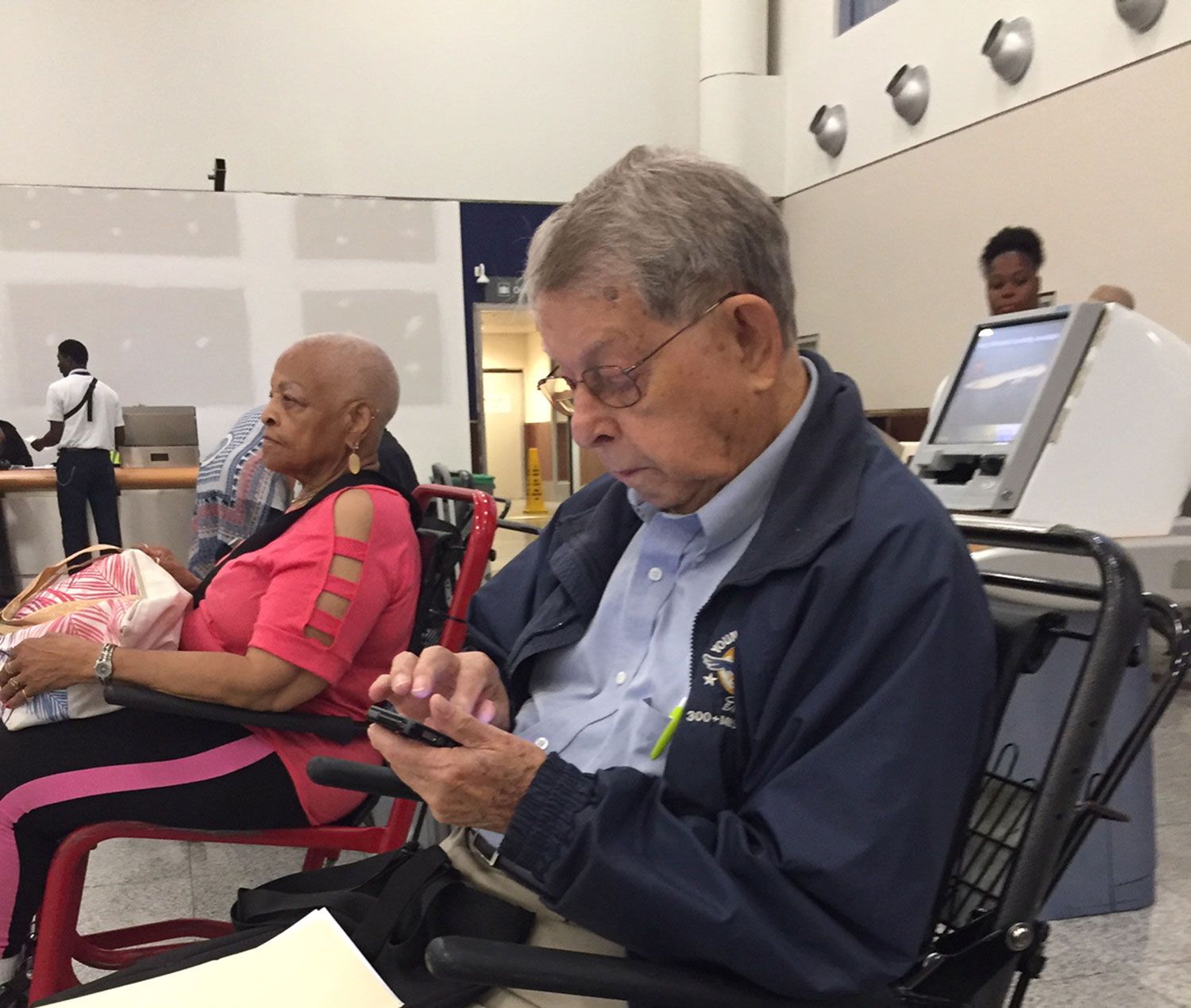