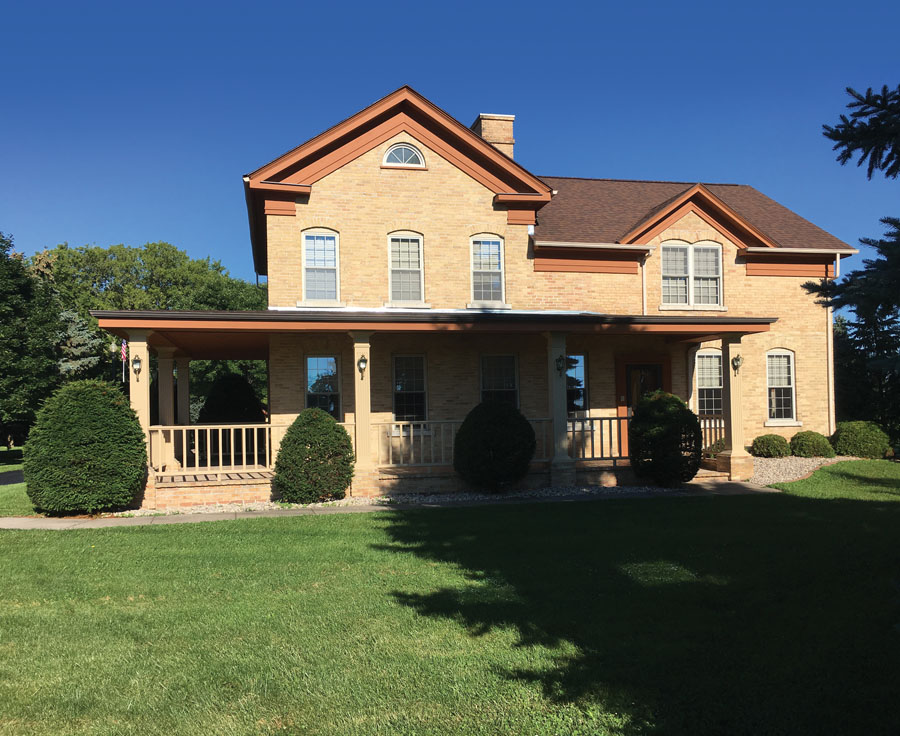 Paul Poberezny bought this farmhouse and nine acres of land in 1991.

In January 2017, Jim Irwin, president of Aircraft Spruce & Specialty, purchased the Paul Poberezny estate in Oshkosh with the goal of preserving a vital part of EAA history. Situated on a little over nine acres of land, with a Paul-made pond (Lake Audrey) and dozens of Paul-planted trees (the land was flat and barren when he bought it in 1991), the central structure is a century-old brick farmhouse. Abandoned for years, vandalized, and needing serious repair, Paul soon had the edifice in Bristol fashion after purchasing it. However, it was too small for Paul’s needs, so a three-car garage with an upstairs office/bar/lounging area dubbed “Poopdeck” (he had an airplane with that name) and an addition to the main house were soon in the works. He then added an Annex (read workshop), a “West Wing,” and a couple of storage sheds. 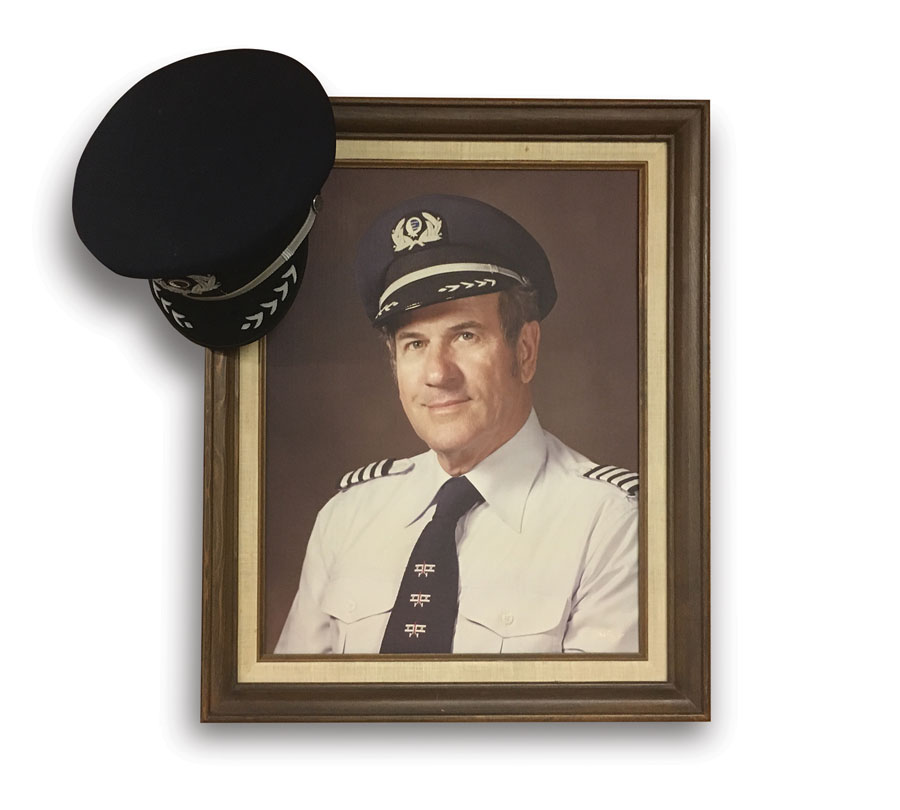 Originally, the nine acres had a bumper crop of weeds, tall grass, and brush. Color those gone. Paul planted one of the largest lawns this side of a golf course. Any golf course would envy that lawn. Paul and his wife Audrey kept it manicured with a pair of John Deere tractors that the two of them would ride for nine hours on “cutting” days. The embellishment of the willows, evergreens, and hardwood trees artfully placed, has created a park setting that echoes Paul’s standards for beauty and perfection…in the summer.

In January 2017, when Jim and his wife Nanci flew out to Wisconsin to inspect the house during a howling blizzard, he was hard pressed to appreciate the natural setting, but he realized instantly that the house and the outbuildings constituted a museum. Here was collection of thousands of photographs, paintings, artifacts, trophies, plaques, and aircraft parts that documented a major portion of EAA history. Here resides the world’s only complete collection of bound issues of The Experimenter and its successor, Sport Aviation magazine. It’s the complete story of EAA. But it’s the hundreds and hundreds of photographs that really have a message. Certainly there are plenty of airplane pictures, but it’s the people of EAA who occupy the greatest number of photos and carry forward the legacy of the organization. Paul loved people. He often said, “I’m not a millionaire, but I feel like one because I have a million friends. I’ve learned far more about people in my life than airplanes.” 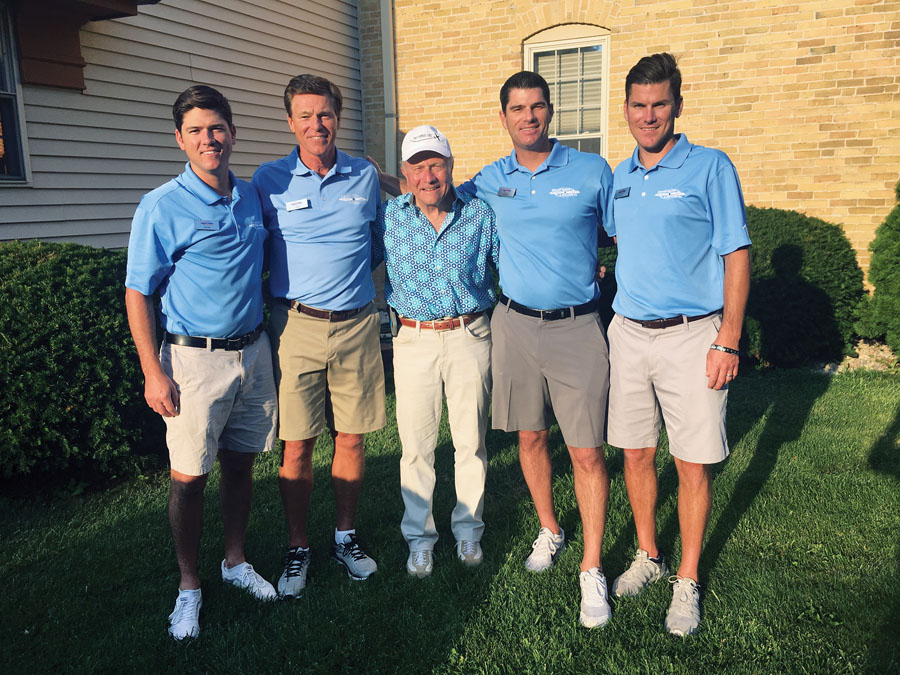 No one, probably including Paul, could have identified all of the faces in the photos, but he’s certainly known a lot of those people. Paul died in 2013, at the age of 91, taking a lot of history with him. Fortunately, there’s another Poberezny who also knows a lot of the history behind the pictures, and he’s still with us: Tom Poberezny lived with the EAA from early childhood. He was only 6 years old in 1953 when Paul recruited a bunch of his friends in the family garage to form a corporation they named the Experimental Aircraft Association, but he grew into the role of Convention Chairman in 1977 and succeeded his father as President of EAA in 1989. He retired from both positions in 2011, but has remained active in aviation, serving on a number of boards of directors and doing consulting work. 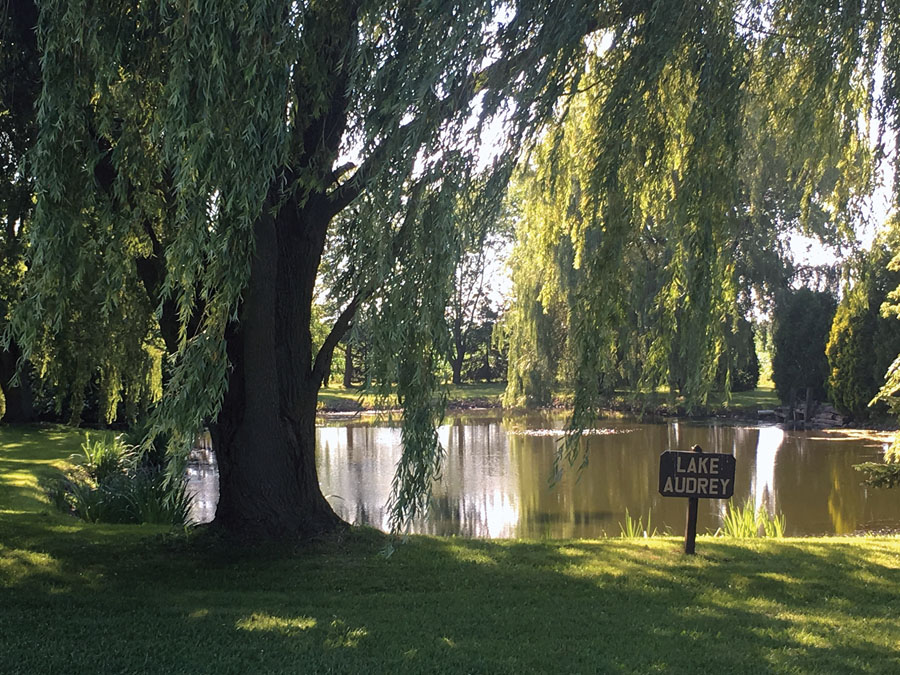 Lake Audrey, a man-made pond on the meticulously sculpted grounds of the Poberezny estate, is named for Paul’s wife.

This past summer, at AirVenture 2017, Tom agreed to meet Jim Irwin at the farmhouse on Tuesday evening to provide Jim with a guided tour of his father’s home, the buildings, and the grounds around it. I got to tag along. For about two hours, Jim and his sons, Mike, Jeff, and Rob, followed Tom around as Tom brought bits and pieces of history into the present. Jim later described it as an event that wove humor, reflection, insight, nostalgia, explanations, and intriguing discussion into the kind of engaging historical texture that could only evolve through an active life with grassroots/sport aviation. There was one wall totally devoted to Paul’s career as a military aviator. Pictures showed Paul with Tom as a young child, Tom as a member of The Red Devils, then later, as part of the Eagles Aerobatic Team. There were photos of Paul Harvey, John Denver, Cliff Robertson, politicians, astronauts, FAA administrators, and the earliest Young Eagles. 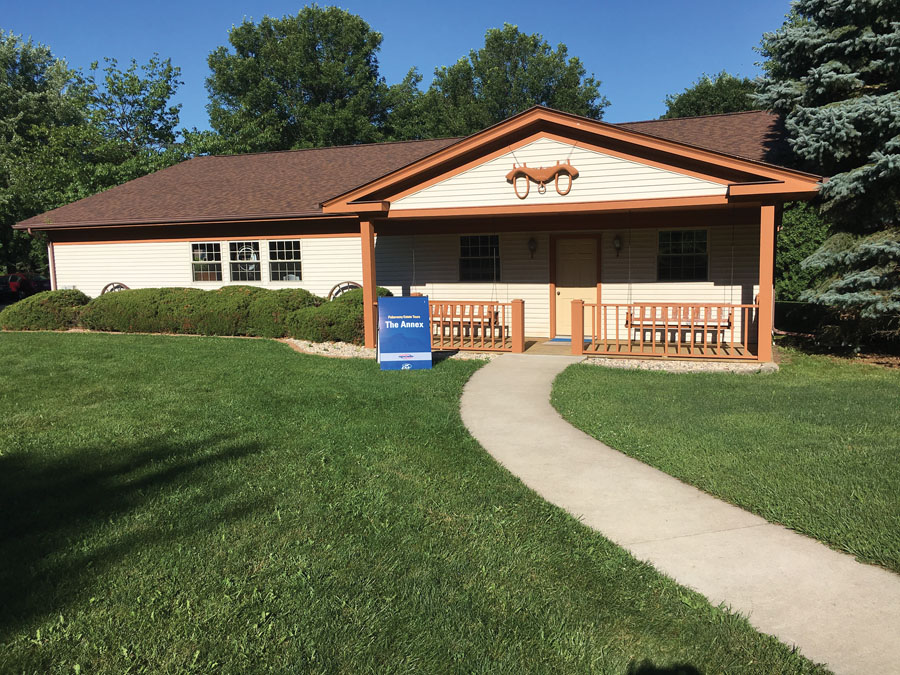 The Annex contains a workshop, an office, and a bar.

Paul loved offices…and bars. There was an office and a bar in the basement of his farm house, in the Poopdeck over the garage, in the Annex, and the West Wing. He used all of the spaces to write articles, letters, and to sketch ideas for aircraft. Paul designed, built, and flew 13 aircraft. He sold plans for most of them. He built copies of each one of them, and his passion for creating homebuilts was a big part of what inspired the homebuilt aircraft movement worldwide and has resulted in about 35,000 amateur-built aircraft being added to the FAA Registry. 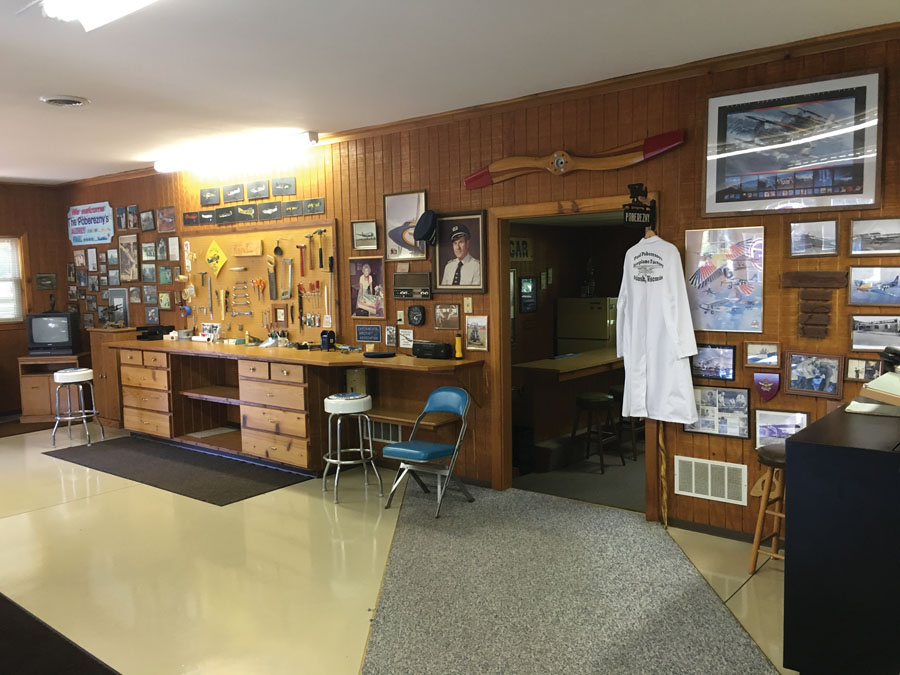 The Annex workspace, where Paul worked on many projects. 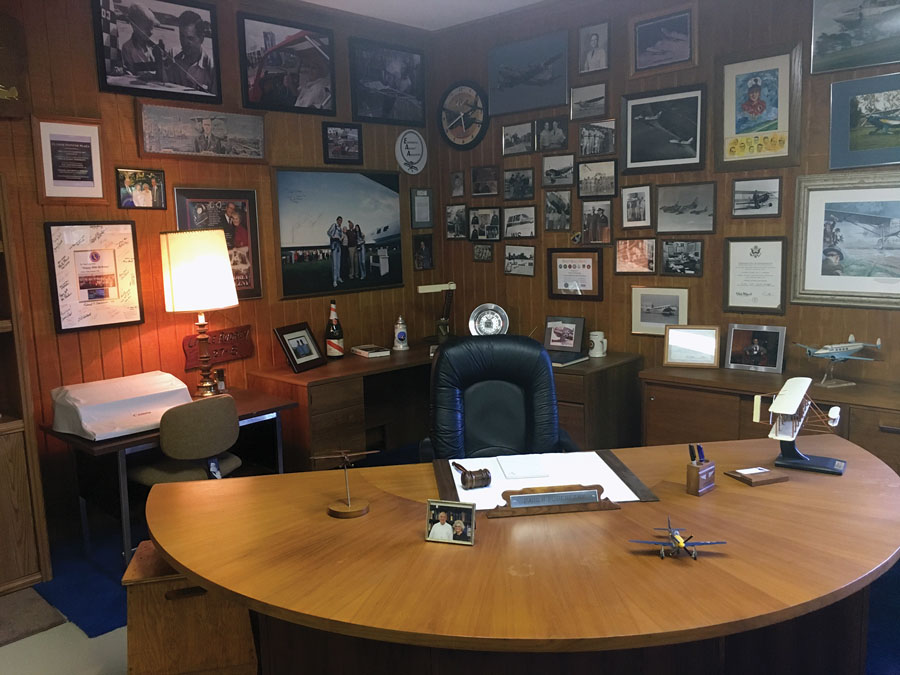 One of Paul’s four desks. This one is in the Annex. 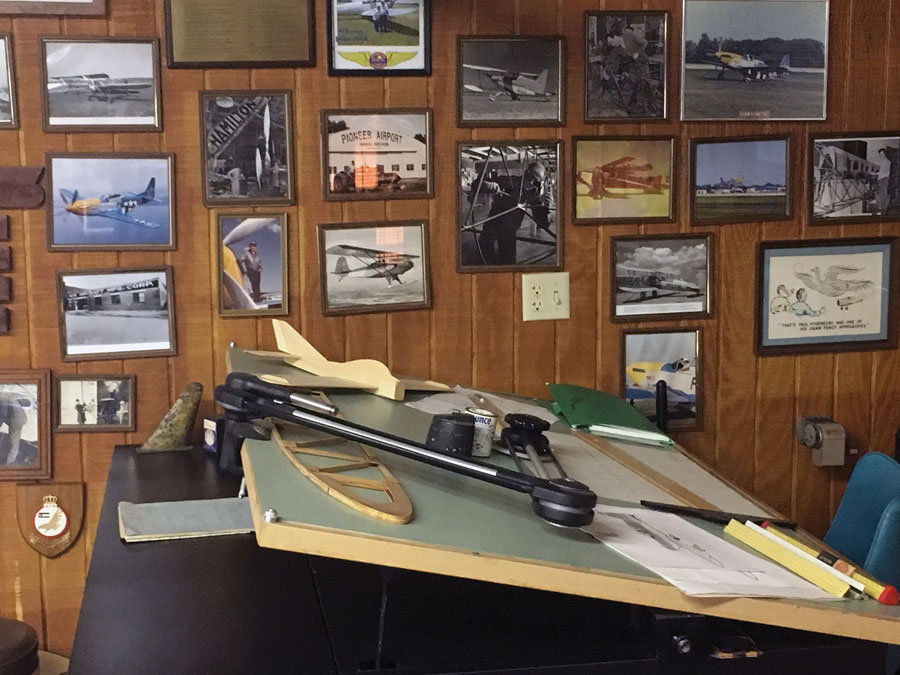 Paul’s drafting table is also in the Annex.

At one point, Tom stared wistfully at a photo of the original board of directors of EAA and spoke softly, noting with a sweeping gesture that “Most of the people in these photos are gone now, and most people at the fly-in this year never knew any of them. It’s difficult to realize that so many people, who contributed so much to the movement, who were such a big part of it at one time, are gone and forgotten.” It was obvious that Tom feels indebted to the many people who shared his father’s passion for building and flying, for neat and clean, straight and level, and for innovation. At the same time, Tom revealed a high level of respect and admiration for his famous dad. He admitted that it was a challenge growing up in Paul’s shadow, but that all changed when Tom won the title of National Champion at the National Aerobatic Championships and then went off to fly in the World Aerobatic Championships. The father/son relationship had its rough spots, but in so many ways they complemented each other. Paul will always be remembered as the Founder of EAA; Tom doubled its size and expanded on its mission in ways that has made EAA a formidable force at all levels in the aviation community. 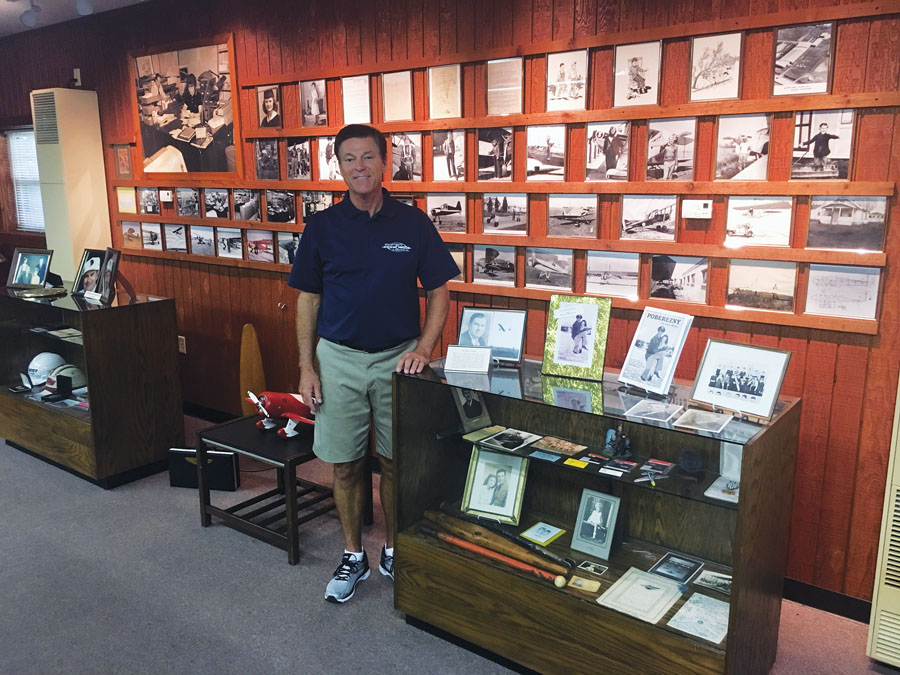 Jim Irwin in the West Wing, surrounded by aviation memorabilia.

The tour was an experience in enlightenment and discovery. Jim said: “Tom expanded the meaning of this place. He brought out the importance of Paul’s vision and determination. For any EAAer, these grounds are hallowed. It’s a historical, national treasure, and it really seems fitting that Aircraft Spruce & Specialty, which owes its very existence to EAA and has grown along with it, should be entrusted with the mission to preserve these grounds for all who would dream of building their own airplane or who fly because it’s fun and a truly spiritual experience.” 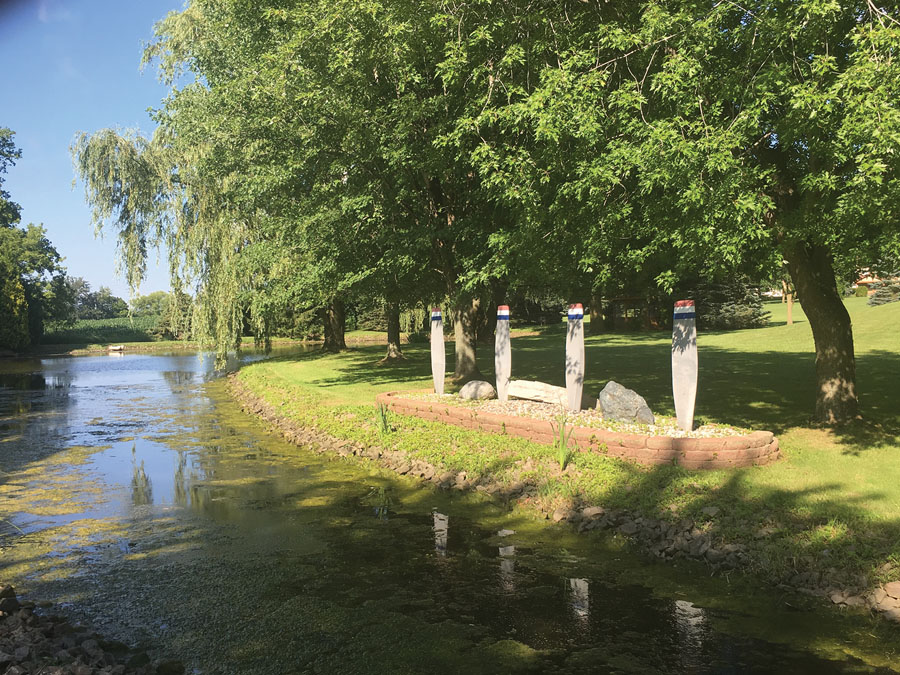 The prop garden is next to Lake Audrey on the beautiful grounds.

Doug Rozendaal - January 20, 2009
0
Before you think to yourself, "I couldn't afford that, let alone fly it" relax a little and let your imagination run wild. The ViperJet offers glove leather interior, rosewood inlay, and performance to spare. Doug Rozendaal completes the picture.