Until August 31, 2009, Lycoming is offering zero-time, factory-rebuilt Lycoming engines to select pilots and owners for the price of a Lycoming factory overhaul.Lycomings factory-rebuilt engines are built to the same limits as a new engine. They come with a zero-time logbook, just like their all-new counterparts, and they also have the same two-year warranty as an all-new engine.

We recognize that many owners may be nervous about the economy and so they are putting off new purchases in favor of overhauls, says Todd Stoner, Lycoming vice president of marketing and sales. We are going to repay a select group of them for their commitment to genuine Lycoming parts and service by upgrading their overhaul service to a much more valuable commodity.

The amount of savings depends on the engine type, but on most engines the savings will surpass $3000 off of the manufacturers suggested retail price. This offer requires the return of a Lycoming factory new or rebuilt engine that has never been overhauled, otherwise known as a first-run core. 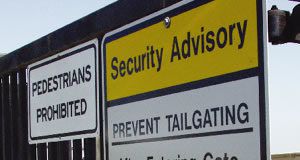