Home Magazine Builder Spotlight Ticket to Fly. IFR or No? 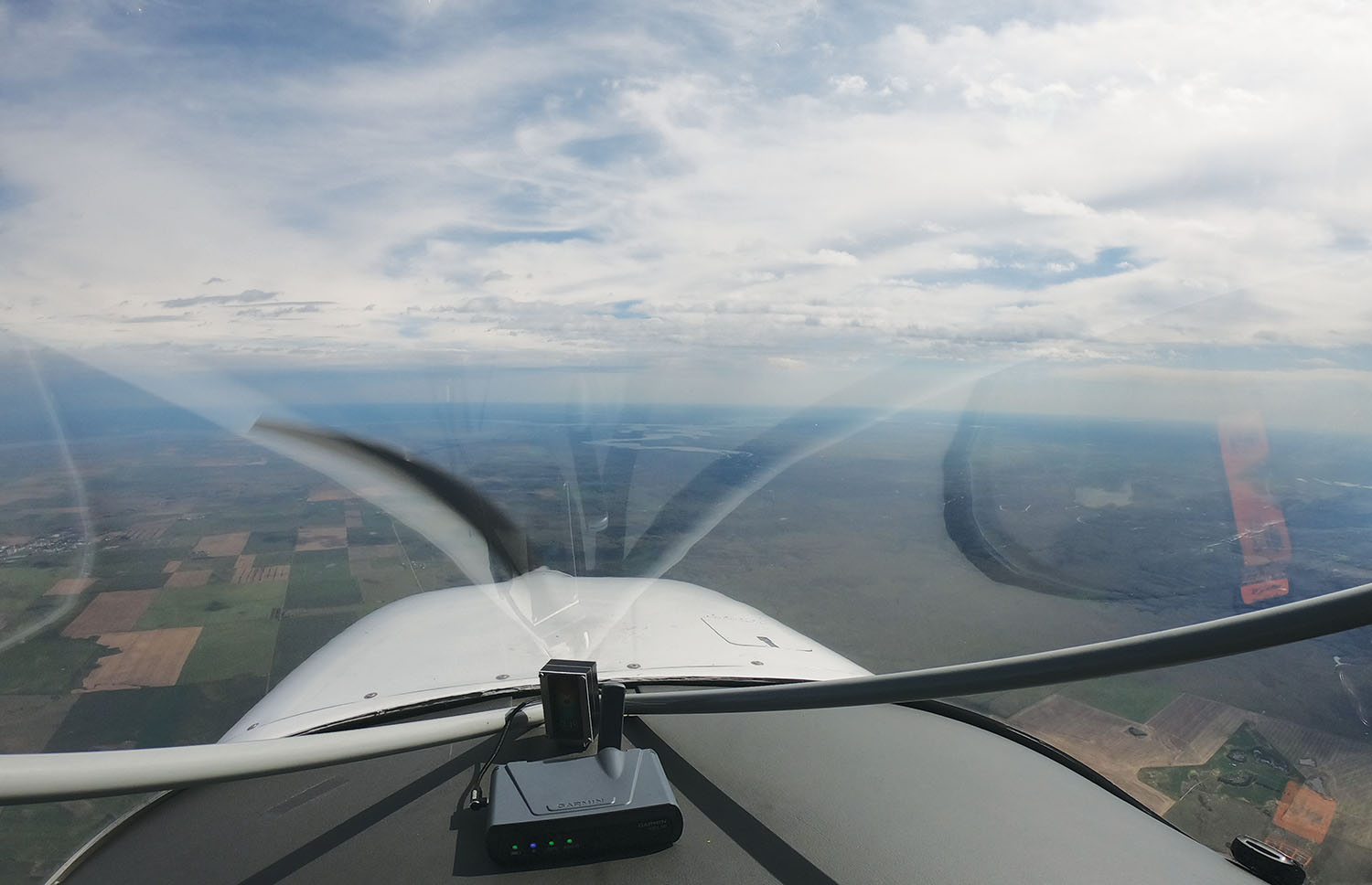 Like hundreds of fellow enthusiasts, the weather kept us out of Oshkosh 2019 on pre-show Saturday, and like dozens of refugees, we hunkered down in KDSM, Des Moines, Iowa, for the night. After the passage of several significant storms, we were glad the RV-10 was parked safely in a crowded but sturdy hangar. With an extremely important event planned for Sunday evening, I was anxious to work our way to the Big Show.

When we arrived back at the airport Sunday morning from the hotel, the skies were scattered clouds but there was plenty of blue sky. For about an hour we mingled in the FBO lounge, waiting for weather and Fisk arrival updates, the former being fine, but the latter rather bleak.

Finally we decided to launch and at least get within driving distance of the night’s events. As I walked out to the airplane with my son Riley to get it ready for departure, the previous blue skies were now obscured by a solid and low overcast. A quick check of the ATIS confirmed that the field was now IFR.

Pretty easy, actually. A quick call to Flight Service confirmed that the IFR conditions were concentrated in the local area, the tops were fairly low, and that it was nice and clear to the north. Online weather is very handy, but I still prefer speaking to a human briefer and will continue to call as long as they’re available.

Under normal conditions I would have simply filed IFR all the way to KOSH, but the OSH Special Traffic Management System put us outside the 12-hour IFR reservation window and cramped us a bit with the area embargo, so we filed an IFR flight plan to KALO, Waterloo, Iowa, which was both comfortably VMC and outside the embargo area. No better place to meet an end than Waterloo, right? (Never mind). Ten minutes later we were copying our IFR clearance in the cockpit and, shortly thereafter, climbing away “popeye” (in the clouds) as my Navy friends would say.

The IMC conditions were about as “soft” (easy) as can be. It was reminiscent of a coastal marine layer. Within a few actually fun minutes, we were bright and sunny on top and, more importantly, heading in the right direction, unlike our VMC-constrained brethren we left behind in the FBO lobby. As we approached Waterloo, we advised the controller that we would be cancelling our IFR flight plan and proceeding VFR. His response showed no surprise on his part, and he continued to provide flight following for many more miles.

Lacking the requisite tundra tires or pavement parking reservations of the Sunday OSH restrictions, we ended up joining hundreds of new best friends in KFLD, Fond du Lac, Wisconsin, for a respite. We switched to tower just as a very apologetic pilot was rolling out on the closed and airplane-lined Runway 27, apparently oblivious that a tower was in operation. After several hours of waiting for the next update, we finally tied down the airplane, grabbed what camping gear we could carry, and bummed a ride to OSH. I made it to the singular most important event I cared to attend, and it could very well have all been for the legal option of a few minutes in the clouds. Ironically, my wife and I went through the exact same scenario, file IFR KDSM-KALO, for OSH 2017, also to escape IMC in Des Moines. 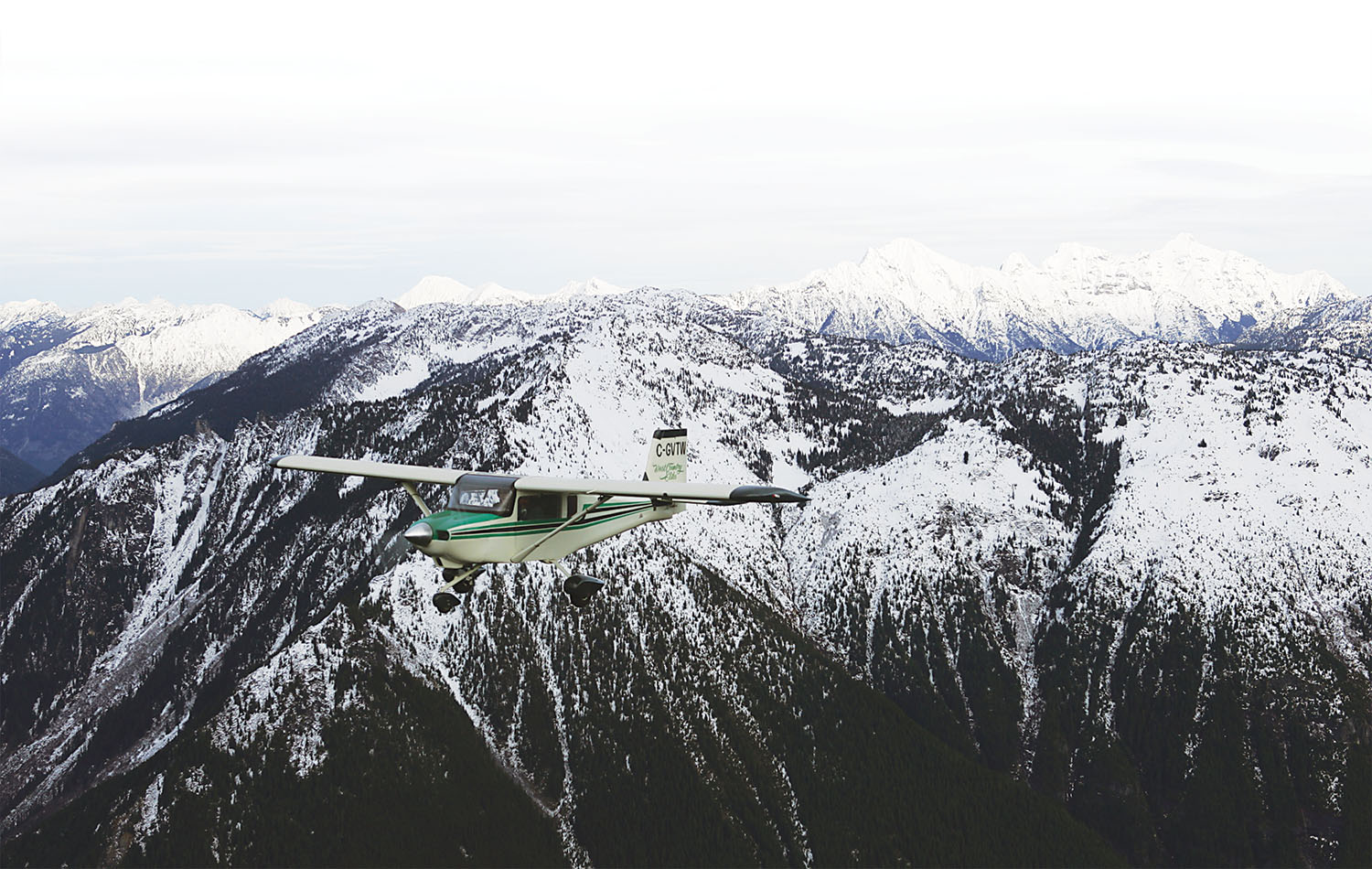 Not Just for Dates

For young flight students looking to build a career in aviation, an instrument rating is a necessary step on the ladder, but for the rest of the general aviation world, it’s an available option of perhaps nebulous value (pun intended).

For flight privileges under IFR rules, there are requirements for both ship and captain. First the ship: Almost 35 years ago, I watched a friend build a beautiful Glasair RG. In those days most E/A-B aircraft used new or used certified (expensive) gear for instruments and avionics. The decision to build a VFR or IFR ship required a lot of planning and thought. The panel difference was not only potentially tens of thousands of dollars more, but significantly heavier as well.

In the boom days of general aviation, aircraft production during the late ’70s, a VFR model from the major manufacturers had a single nav/com, a simple “window wiper” CDI with an OBS knob, and the standard six-pack of flight instruments consisting of a vacuum-powered attitude indicator and unslaved directional gyro heading indicator, pitot static driven airspeed, vertical speed and altimeter, an electric turn and bank/slip indicator to (poorly) back up the attitude indicator, and a wet compass to back up the heading indicator.

IFR models, often marketed with a “II” after their model designation, had a second nav/com; an audio panel to manage the two, usually with integrated marker beacons; and a corresponding second CDI with a glideslope. They would also have an ADF receiver with either an integral or remote bearing display. In the pre-GPS days, this would fulfill the three distinct approach capabilities: one precision (ILS) and two non-precision (VOR, NDB, LOC, LDA, etc.) required by the rating test standards. Higher-end options were a slaved HSI, DME, and/or a rudimentary autopilot. The avionics component of an aircraft’s price was close to double for an IFR configuration, and the old heavy boxes took a significant bite out of useful load. Thousands of us got our IFR ratings in just such “steam gauge” configured (and tired) aircraft, and hundreds still park in the north 40 every AirVenture.

Today in the modern E/A-B world, most choices are much easier. Every EFIS option I’m currently aware of has an HSI type display that would have been an expensive luxury to our forebearers. The same goes for the now common flight director, which used to be found only on the most expensive of steam panels. High-definition mapping and synthetic vision? Fuhgetaboutit.Unheard of until recently and something that has yet to even be found on brand-new, state-of-the-art airliners. The children of the magenta line may not realize how blessed they are.

Before we start an electro-whizzie tab, I would like to make one very strong suggestion for builders. If your masterpiece has a self-generating electrical system, install a heated pitot tube, learn its operation, and get in the habit of using it correctly. Even the most fair weather of flyers can get caught in some unexpected precipitation at just the wrong temperature to portend disaster. Just the thought process of its use and addition to your checklists can help keep you seen for years to come rather than viewed for a couple of hours one evening.

When it comes to equipping an IFR capable aircraft, the FARs are actually a bit dated and vague. More refined guidance comes from the Airman Certification Standards for the instrument rating itself mated to a healthy dose of common sense. Keep in mind that the requirements for obtaining an IFR rating versus comfortably operating in clouds are often divergent philosophies.

The first requirement is a second VHF communication radio—a must for IFR. If it were up to me, it would be required for anyone utilizing air traffic control services. At the very least, a quality handheld with fresh batteries. A NORDO pilot without communication, or even only one-way communication, can make the frequency and environment dangerous for dozens of other participants.

One area where the glass-panel jockeys are more exposed to a potential failure than the steam gaugers are is a total box failure taking out all of the flight instruments at once. This mandates some form of backup to be safe. Backup batteries are nice, but are no guarantee against screen failure. A second independently powered and sourced screen and/or conventional steam backup gauges (I chose the former) may not be required for obtaining the rating, but are a common-sense must for actually flying in IMC.

One big debate is whether to build a GPS-only aircraft or to install old-school VHF/NAV capability [see “To (VHF) NAV or NAV Not,” December 2019]. I personally believe that VHF nav capability is still relevant and even required to comply with the Airman Certification Standards requirement for three unique approaches if you’re planning on getting the instrument rating in your project. I fully recognize that others may disagree.

To legally file an IFR flight plan, the PIC must be IFR rated and current. Whether the flight will actually penetrate clouds is irrelevant. An IFR rating certainly makes little to no sense for a lot of pilots and E/A-B aircraft types. By the same token, it makes total sense for others. I have been asked by several people whether I think they should make the investment of time and money, and my answer is the same for the IFR rating as well as any other. If you believe that an investment in yourself has value then make it. For those trying to decide whether to make the leap, I have compiled a list of considerations, especially for those who want to pursue the ticket in their own creation.

You: By seeking and obtaining the rating, you will better understand yourself as a pilot. You will know whether you simply prefer a relaxed, visual, looking outside kind of fair-weather flying experience, and there is certainly nothing wrong with that. Or you may find out that you actually enjoy the precision, technicality, and structure of IFR training and flying. You will also understand how you react and deal with a higher level of pressure and stress in the cockpit. I embrace and enjoy both types of flying.

The System: By obtaining an IFR rating, you’ll learn and understand the system in which we operate with greater depth of understanding. You’ll have much more confidence and comfort in working with air traffic controllers and taking full advantage of various types of airspace and some larger busier airports around us, most of which are happy to receive general aviation traffic when they can.

You’ll also gain a much greater understanding of the environment and weather around us and have more depth of knowledge to understand what is doable and what isn’t. You’ll learn what is fine, what is questionable, and what is stupid. You will better understand what you know and, more importantly, what you don’t know. You’ll be better prepared and more comfortable going to an event like Oshkosh.

An IFR ticket is quite a bit of work and investment that comes with a resultant tremendous sense of accomplishment. It certainly isn’t for everyone, but it may be just for you. It is valuable training whether you actually complete the full course and/or ever use it in actual instrument conditions. I have garnered the IFR experience of over 30 years of full-time airline work, but I must admit that the first time I was solid IMC in my RV-10, I was grinning ear to ear.

One last thought to close. I strongly encourage all pilots, IFR and VFR alike, to take an instructor or competent safety pilot and routinely practice unusual attitude recovery skills, both with a hood or Foggles and without. This is an inherent part of IFR training, but in my opinion, it should be stressed more for everyone. The FAA has even been stressing these exercises to a greater degree lately for professional pilots. It is vital training for all pilots.

The Little Things Can Get Ya’…

Lewis Bjork - February 16, 2018
0
If you're going to design the perfect airplane, which piece do you work on first?