Wednesday turned out to be a little damper than earlier in the week but you could still have a packed day of aviation  adventure. I started out by going for a flight in the Ford Tri-Motor. I helped out a friend recently with some flight instruction in preparation for his commercial rating and this was my reward. A short brief from one of the EAA volunteers had our group ready for boarding. It was a running change with only the right engine shut down which made it a short turn and kept the sortie rate up.

After taking off on runway 18R we set off to the south east which offered fabulous views of the lake front. The sound from the three radials was invigorating without being intrusive, at least for 15 minutes. The interior wood paneling was reminiscent of classic cars. A flight in the Tri-Motor runs $75 and is well worth it. If a bomber flight is more your speed a flight in a B-25 was available for $400 and a B-17 for $475. 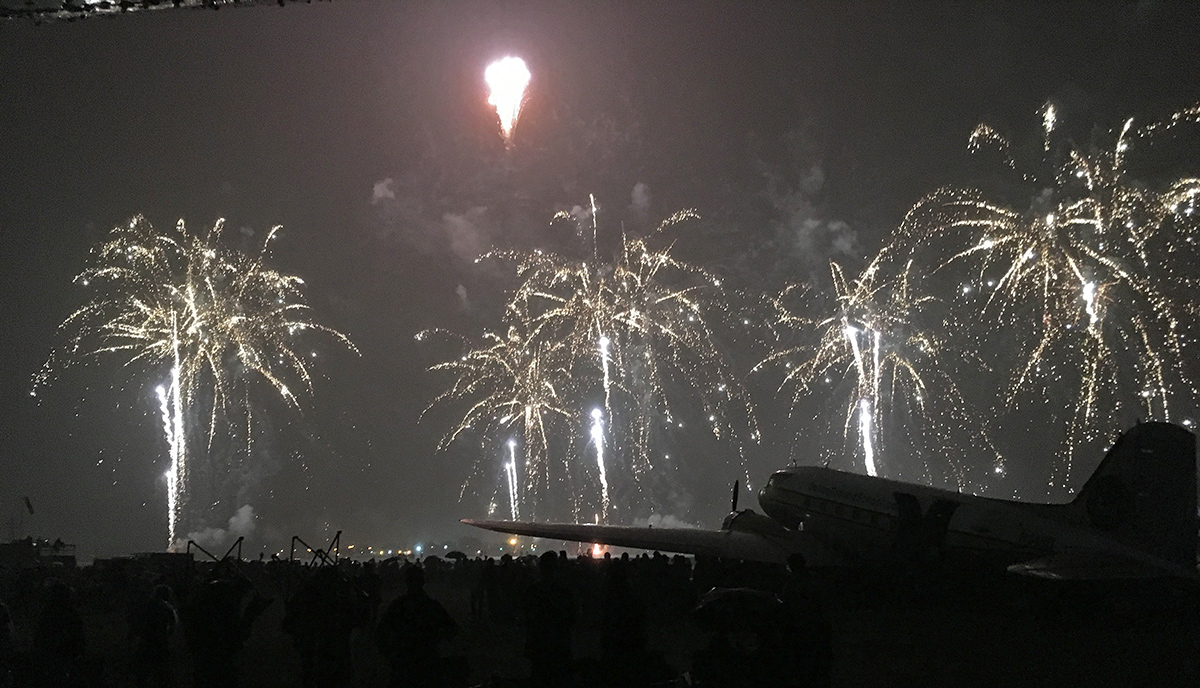 At the end of the day was the night air show. It opened with a B-1 doing a low pass in afterburner. The  next act was 5 para-gliders and I thought they may have struggled to keep the crowds attention but with lights, smoke and some crazy tumbling they did a super job.

Cloud bases lowered and then the rain came. Our group sought refuge under the wing of a DC-3 to watch the sensational fireworks display and wall of fire finale.

Paul Dye - September 21, 2018
0
Point designs are the answers to a particular, well-defined problem. They don‘t necessarily answer any other problem.