On Saturday November 7, the FAA published a Special Airworthiness Information Bulletin warning pilots and builders of CH601XL and CH650 aircraft to look for and adhere to a Zenith safety directive that should be published shortly. The FAA cited the inflight breakup record of this aircraft series, both as SLSA and Experimental/Amateur-Built models, in publishing the SAIB. The agency is recommending owners comply with the upcoming guidance before further flight.

In the SAIB, the FAA cited “several areas of concern regarding the CH601XL design that may impact the overall safety of the design.” Among those areas:

· Wing structure: FAA analysis shows bending loads used to design the wing structure were non-conservative and the basic static strength of the CH601XL/CH650 does not appear to meet the intent of the ASTM standards for a 600kg (1320 lb) airplane, given the current flight envelope in the Pilot Operating Handbook.

· Structural Stability: Other aviation authorities have noted the presence of buckling in the wing structure, including in the center section. Such structural instabilities can have a significant effect on static strength and flutter characteristics.

· Airspeed calibration: Calibration procedures do not appear to adequately account for basic static pressure source error due to the location of the static port. This could lead to potential airspeed indication anomalies, particularly since the CH601XL/650 derivatives can be delivered/built with several different airspeed indicators installed or without an indicator at all. The situation could lead to the potential of operating the airplane above the maneuver speed and/or the design cruise speed, potentially leading to structural failure.

· Stick force characteristics: Flight test data from foreign authorities indicates at aft center of gravity the stick forces become very light. The FAA believes this may be a contributing factor in structural failure accidents if coupled with operations over gross weight, at speeds higher than VA, and/or for aircraft loaded improperly. In such conditions, it would be very easy to dynamically load the CH601XL/CH650 wing beyond its design structural load limit.

Zenith is expected to publish its recommendations soon. They follow a series of communication with builders and pilots, including a letter from designer Chris Heintz in July that recommended all aircraft should comply with all service letters published by the company; ensuring that all CH 601XL and CH 650 aircraft have a current weight and balance; reduce aircraft Vne to 140 mph; and reduce maximum gross weight to 1255 pounds (from 1320). This letter also outlined methods of inspecting the design’s aileron control system for freeplay and cable tension.

The FAA’s SAIB can be found here.

Zenith’s letter can be found here. 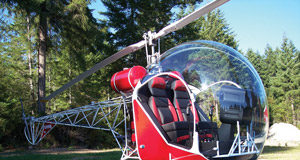