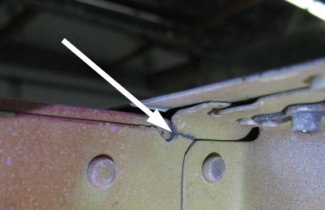 Van’s Aircraft has released two service bulletins that advise owners of a variety of its aircraft to inspect for cracks in specific areas before their next flight. The first bulletin (PDF), which came out on Friday, applies to RV-6, -7, and -8 aircraft and advises owners to inspect a portion of the horizontal stabilizer forward spar for cracks on a flange. “There are no known accidents related to these cracks,” Paul Dye, editor of Kitplanes, told AVweb on Tuesday. “Van’s discovered them on their demo fleet airplanes, which probably have more time in service than any other RV’s out there. If no cracks are found, the aircraft can be flown indefinitely, with an annual check of the spot for cracks at each condition inspection.” If cracks are found, a $15 mod kit from Van’s can be used to upgrade the spar.

The second bulletin (PDF), posted Monday, advises owners of RV-3, -4, -6, -7, and -8 aircraft to inspect the elevator spars where the hinge points attach. “Last year, a couple of people reported cracks at the the edge of a doubler plate,” said Dye. “The inspection takes almost no time … and because this got wide attention on www.Vansairforce.net when first discovered, many, many airplanes were inspected. Only a couple reported cracks. Yet Van developed a doubler plate that can be used if cracks are found.” The service bulletins are not mandatory, and Dye said he inspected his own airplanes in under 10 minutes and found nothing of concern. Ken Scott of Van’s told AVweb on Wednesday that repairs, if needed, should take a few hours at most. “The maximum anybody will spend for parts is $51,” he said. The SBs affect up to 5,500 aircraft, Scott said, though he added he has no way to know how many of those are still in active service.