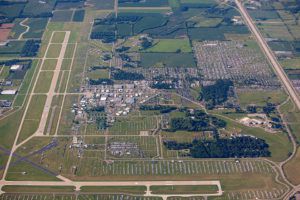 The novel coronavirus pandemic is moving so fast it’s hard for anyone to keep up in real time, much less for armchair prognosticators or guys who ran out of heat-shrink tubing and had to come out of the hangar for a bit. (That would be me.) Nevertheless, it was an eventful weekend, following a week where Sun ’n Fun was “postponed” to early May after being slow to announce the change. By then, both Disneyland and Disney World had closed and the state of Florida had been enacting measures to encourage social distancing. Then the Centers for Disease Control (CDC) published a set of recommendations saying to avoid large events and mass gatherings of more than 50 people for the next eight weeks, quickly followed by the White House suggesting groups of 10 or fewer. Well, there goes SnF’s early-May date. At this stage, I would be shocked if SnF went off before the fall, and I think it’s likely there will be no 2020 edition.

The impact of a cancelation would be hard to predict. Sun ‘n Fun has not been the fount of news (new products, airframes, services) it once was, but there is still a significant amount of business taking place in Lakeland. Kit companies, those that choose to attend, anyway, use it as a barometer of sorts for the coming year, though now that we’re in a mostly digital world, few kitmakers feel like it’s their only chance to sell product.

Yes, as of today, EAA is still preparing for AirVenture to go ahead as planned in late July. EAA’s Dick Knapinski told me that OSH “is going on as planned. We’re watching things and keeping in touch with health officials. But four months away it’s too far away to make a decision. I think anyone who thinks they know how this is going to go probably has some bad information. Nobody knows at this point.” The association’s Hops & Props event was canceled last week, and the Ford Tri-Motor tour has been suspended until at least mid-April.

Knapinski told me that moving AirVenture dates, even a little, is extraordinarily challenging. Think of the number of visitors, local staff and volunteers that would have to tweak their schedules, at a time when the airlines are likely to be just recovering. Think of the hotels and rental houses, and the likely mayhem surrounding the reemergence of large summer events. Summing up, Knapinski said that EAA is “looking at it like any major public event, but we’re also planning for a full event.”

It’s a difficult situation for our friends in Wisconsin in the sense that we already know many large events have been canceled or postponed. Some of those are quite large. As it is, Major League Baseball is looking likely to start no sooner than Memorial Day and, with that, probably will either have to play a shortened season or finish the postseason late in the year at venues that can be sure to have decent weather. (Will it be Dodgers vs. Yankees with New York’s games played in Arizona?) Nearer to Oshkosh, there’s Summerfest and the Democratic National Convention, which is slated to happen the week before OSH. The decision then becomes—assuming we’re in a condition societally and economically where the event can even take place—do we shift dates for practical distancing or stand pat?

AirVenture is (still, currently, as of today!) scheduled for July 20-26. Oshkosh 2020 is said to have a number of improvements from last year. These include “easier access and departure from the AirVenture grounds; reducing areas of vehicle/pedestrian conflict within the grounds; and improved shuttle service from public lots to the main gate,” according to EAA. I hope we’ll get to see them.

Build It Better: Hope Is Not a Plan

Paul Dye - February 18, 2013
0
There are always unknowns in any human endeavor, but in aviation, we must think about the ways we can minimize them.