Airflow Systems has introduced the X-Series oil coolers—the first new aircraft oil cooler design in forty-five years. Developed using computer modeling and real-world flight testing, X-Series oil coolers produce lower oil temps and decrease cooling drag. The X-Series comes in a range of sizes designed as drop-in replacements for existing oil coolers. Currently used on aircraft around the world from drones to World Aerobatic Champions, these coolers have reduced operating temperatures on a variety of aircraft from Cub replicas to Red Bull air racers. The proprietary design is manufactured entirely in the USA, and each unit is pressure tested by the factory prior to delivery. 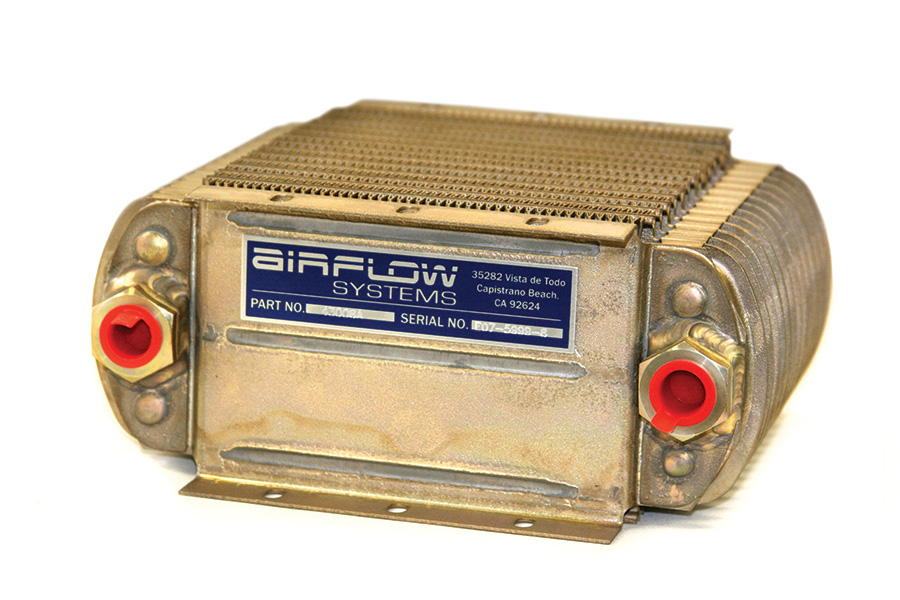 Suggested retail price is between $371 and $575 depending on the specific model.

When paired with the new Airflow Systems composite oil cooler ducts, the highest efficiency and performance are available in the smallest possible package.

What would you say to a fuel gauge that is LED and works with almost any type of fuel probe in existence? Belite Electronics is betting that you’re going to ask where you can get one. Belite announced its new Universal LED Fuel Gauge in June in response to customer requests for an easy-to-read display that can be installed in any Experimental airplane. This new design was driven by customer request. The new gauge is compatible with almost all fuel probes in existence. 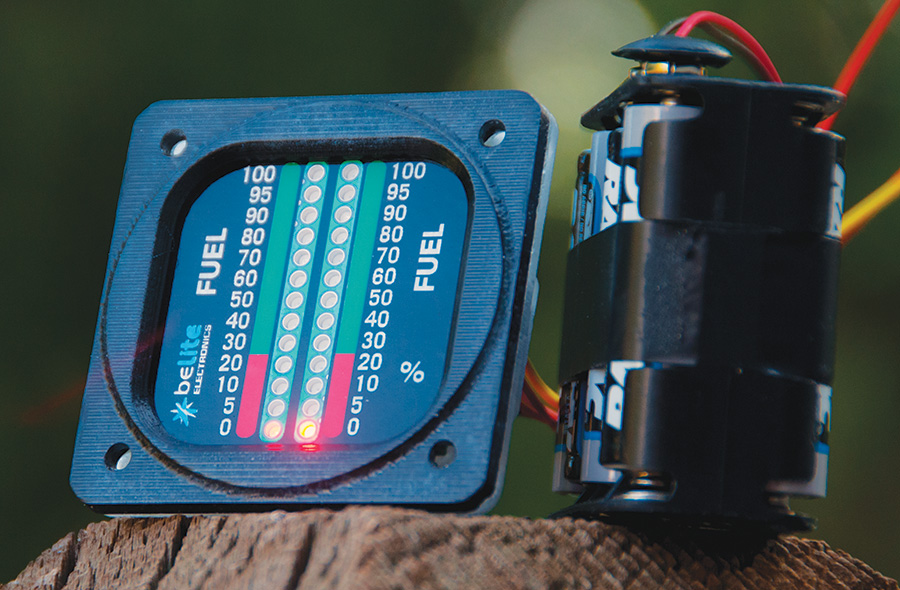 The LED display shows the current amount of fuel. Calibrated from 0 to 100%, it features unusually bright LEDs, which are completely readable in direct sunlight, and is available in a single or dual version for support of one- or two-tank aircraft. The input compatibility is selectable between traditional float-style fuel senders and newer- style capacitive fuel senders. It may be calibrated to match the full and empty point of any fuel sender/tank at the push of a button. The unit uses digital electronics to interpret, calibrate and display the fuel tank level. Calibration of the fuel level is done via a single button for each tank.

“We’ve had customers begging for a fuel gauge that was easily compatible with older, non-standard fuel senders, and this unit delivers that capability,” said James Wiebe, CEO of Belite Electronics. “We’ve added in other features: it can be calibrated to any type or style of fuel probe; we’ve made it substantially brighter; we’ve added in three ranges of LED colors (green, yellow, red); and we’ve kept it affordable.”

The new fuel gauge is available directly from Belite or from Experimental aircraft supply houses. For more information, contact Belite Electronics at www.beliteaircraft.com.

To submit a press release on a homebuilt-related product, e-mail a detailed description and high-resolution photograph to editorial@kitplanes.com.

Rick Lindstrom - August 18, 2009
0
Whats in Jean, Nevada? Most of the year, not much. But when the alternative engine crowd comes to town, the place starts to buzz. By Rick Lindstrom.