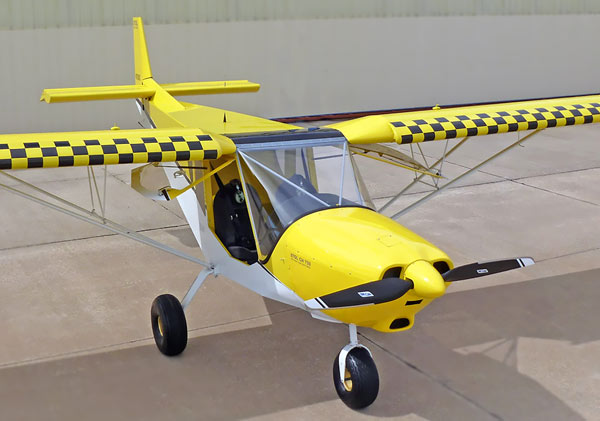 Zenith Aircraft Company has combined the features and advantages of a “real” airplane with the short-field capabilities of ultralight aircraft in its new kit airplane. Based on the popular STOL CH 701 design (introduced more than 20 years ago), the recently introduced STOL CH 750 incorporates all of the 701’s short-field capabilities and also maximizes cabin size and load-carrying capability allowed under the FAA’s Light Sport Aircraft category.

Like the original 701, the STOL CH 750 aircraft was developed as an “off-airport” aircraft offering short takeoff and landing capabilities. The 750 kit, which promises to be easy to build, the company says, features fixed leading-edge slats for high lift, full-span flaperons (ailerons and flaps), an all-flying rudder and all-metal construction.

Other features include competitive cruise speed, a large cabin with side-by-side seating, wrap-around visibility and bush-plane capabilities with tricycle gear.