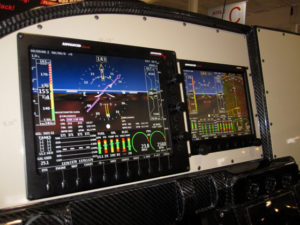 AFS has announced the introduction of its AF5600 EFIS. While priced at less than $8000, this 10.5 inch, 1024×768 pixel, 1500 NITS screen sounds impressive enough. The real news is the ergonomic changes implemented in the AF5600. AFS changed from a multitude of menus and a few buttons to a multitude of buttons and knobs with no menus. This system has sprouted 18 buttons, three knobs and a joystick, which allows the company to eliminate the menus typically found on an EFIS of this category.

For more information, call 503/263-0037 or visit www.advanced-flight-systems.com. You can also visit the AFS display at Oshkosh AirVenture through August 1 at Booths 4076-4077 in Building D.