I am always amazed when I get a new crop of freshman students in my basic electronics class at Sierra College that practically none of them have any familiarity at all with a basic multimeter. That instrument was what I cut my teeth on (pretty much literally) when I was 12 years old. But then again, I was a ham radio operator when I was 11. Sigh. 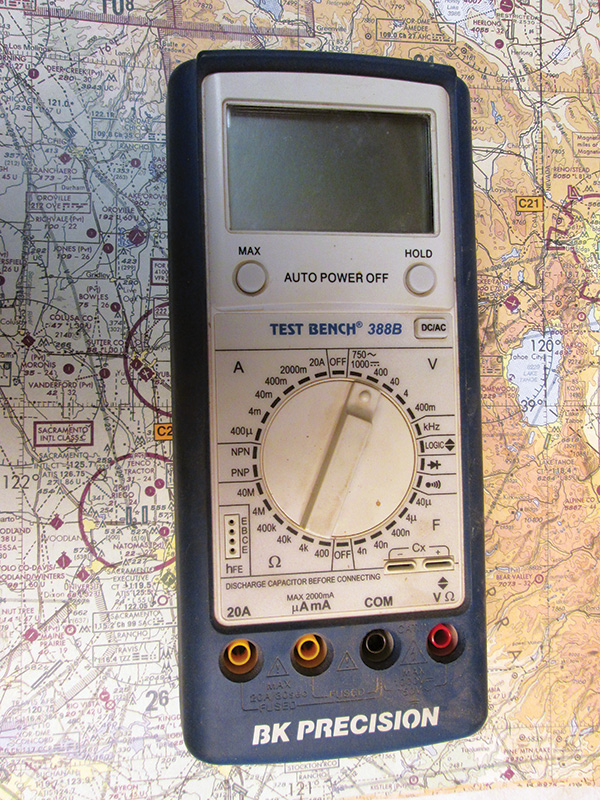 OK, here’s the deal. In 1200 AD, spice traders brought the compass from China to Europe and in 1800, this newfangled “electricity” was just starting to catch hold. One of the first people to figure out that there was a connection between electricity and magnetism was the Danish Hans Oersted. The Italian Volta had just invented the battery the year prior, and everybody was scrambling to figure out how to measure this stuff. Oersted simply wrapped a few turns of wire around a compass and…when electricity was passed through the wire, it deflected the compass needle. Reverse the battery and the compass needle swung the other way. Wow!

Oersted concluded that there was a “field” around the wire that deflected the compass, and he is responsible for the connection today between your alternator/generator creating battery charge from magnetism. (An aside…nobody from Oersted to Einstein to the present day could explain the connection between magnetism and electricity…figure it out and you are in line for next year’s Nobel Prize.) 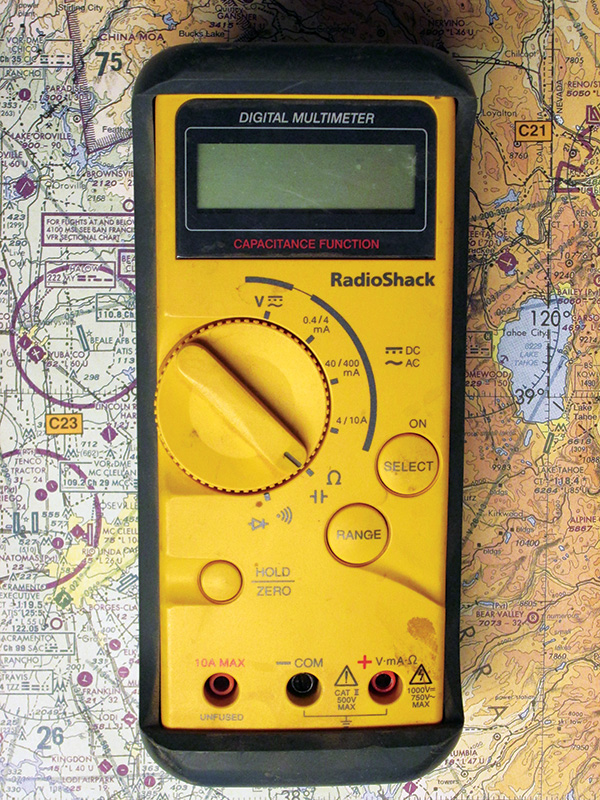 So now we’ve got a meter that will let us measure current. We need to be able to measure all three legs of the electrical triangle (current, volts, and ohms) if we want to be able to solve aircraft electrical system problems.

Let’s take the microammeter (yes, I chose the most sensitive one on purpose) and expand it to measure currents. The basic microammeter (let’s assume the most sensitive one we can make reliably at 100 microamperes full scale) can be “scaled” by putting resistors of known value across the meter. For example, if we want to measure 1 milliampere full scale, we put a resistor that will take 90% of the current across the meter through the resistor and let 10% (100 μA) flow through the meter. An ampere? No problem. Use a lower value “shunt” resistor. 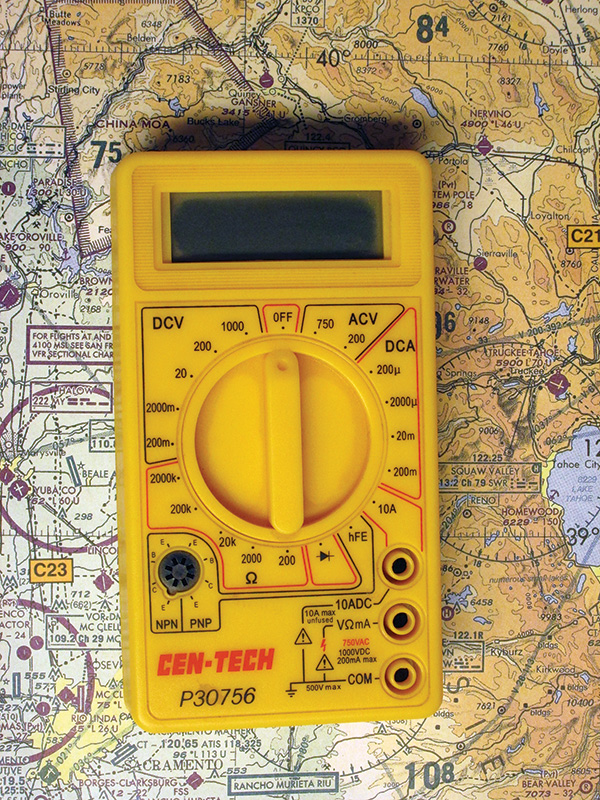 How can we get in trouble with this simple setup? Easy, did it a hundred times back in the old days. You go to measure an ampere of current but forget to turn the multimeter from 100 microamperes to 1 amp full scale. The needle on the old analog meter wraps itself neatly around the fixed post stop at the end of the meter scale and you have destroyed a $300 (2015 prices) meter. The boss is not going to be happy.

Fortunately, after a few thousand of us destroyed meters this way, the meter manufacturers found a way to keep us from our stupidities. Even today, our digital meters are fused so as to keep us from making stupid mistakes and frying a good meter.

The transition from a current meter to a voltmeter is really rather trivial. Brother Ohm told us nearly 200 years ago that to measure voltage, you simply put a resistor of known value in series with your current meter and, lo and behold, you can measure voltage. For example, if you want to measure 10 volts full scale with a 100 μA meter, you simply put a (R= E / I = 10/100e-6) 100,000 ohm resistor in series with the meter and you have a 10-volt meter.

Ohms? No problem. Just put a battery in the meter and measure the current being drawn by the circuit.

Let’s talk a minute about using that multimeter (volts/ohms/current) that we just designed and see how we might get into trouble using it.

Current is measured by breaking the circuit and measuring the current in series with the device being measured.

Resistance is always measured with at least one end of the device being measured completely free from the circuit.

Tricks They Don’t Tell You In Engineering School

• You want to know how much current your starter is drawing. You don’t have an ammeter that will measure a few dozen amps. However, you do have a wire coming from the master switch relay to the starter and you do know what size wire you installed it with. Any wire, no matter how large, has some resistance. You simply go to www.rstengineering.com to Jim’s Engineering Page to the wire table and find out how much resistance this wire has. You measure the voltage across this wire from master relay to starter and use Ohm’s Law

(I = E / R) (or the Ohm’s Law Calculator on Jim’s Engineering Page) to calculate the current during start. For example, a #6 wire 10 feet long from the master relay to the starter has a resistance of about 4 milliohms

• You will attempt to measure voltage on the current or ohms scale some day. Don’t be embarrassed, we’ve all done it. Some more than others. You will blow the internal fuse in the multimeter. That’s not a crime. What is a crime is putting the multimeter back on the shelf without replacing the fuse so that the next person that comes along will think that their aircraft electrical system is dead while all that is dead is the multimeter.

• Don’t measure capacitors that have just been disconnected from the circuit. Most capacitors hold a really decent charge for hours or even days unless they have been shorted across with a test lead and drained of all their accumulated voltage.

• Now the granddaddy of them all. Every semester I tell my new students, “Don’t buy the calculator that has four dozen keys, each with three different “shift” functions because you will take years to figure out how that calculator works. Get the bonehead-simple $10 calculator from ‘Office Stuff’ and learn the basics.” Same with multimeters. You can buy multimeters that will tell you the phase of the moon and includes a timer to turn the coffeepot on in the morning, but you will never learn how to use it. Learn on a bonehead-simple-and-cheap no-frills meter and then after a few years get the one-meter-does-all meter.

Did you enjoy the column a couple of months back with a lot of little “hints and kinks,” rather than a dedicated column to one subject? Let the editor know that this was fun for you, and I’ll do more as I can come up with them. For example, you want to test your multimeter for accuracy? Or functionality? For less than a buck? That’s a quick hint that will be in the next column.