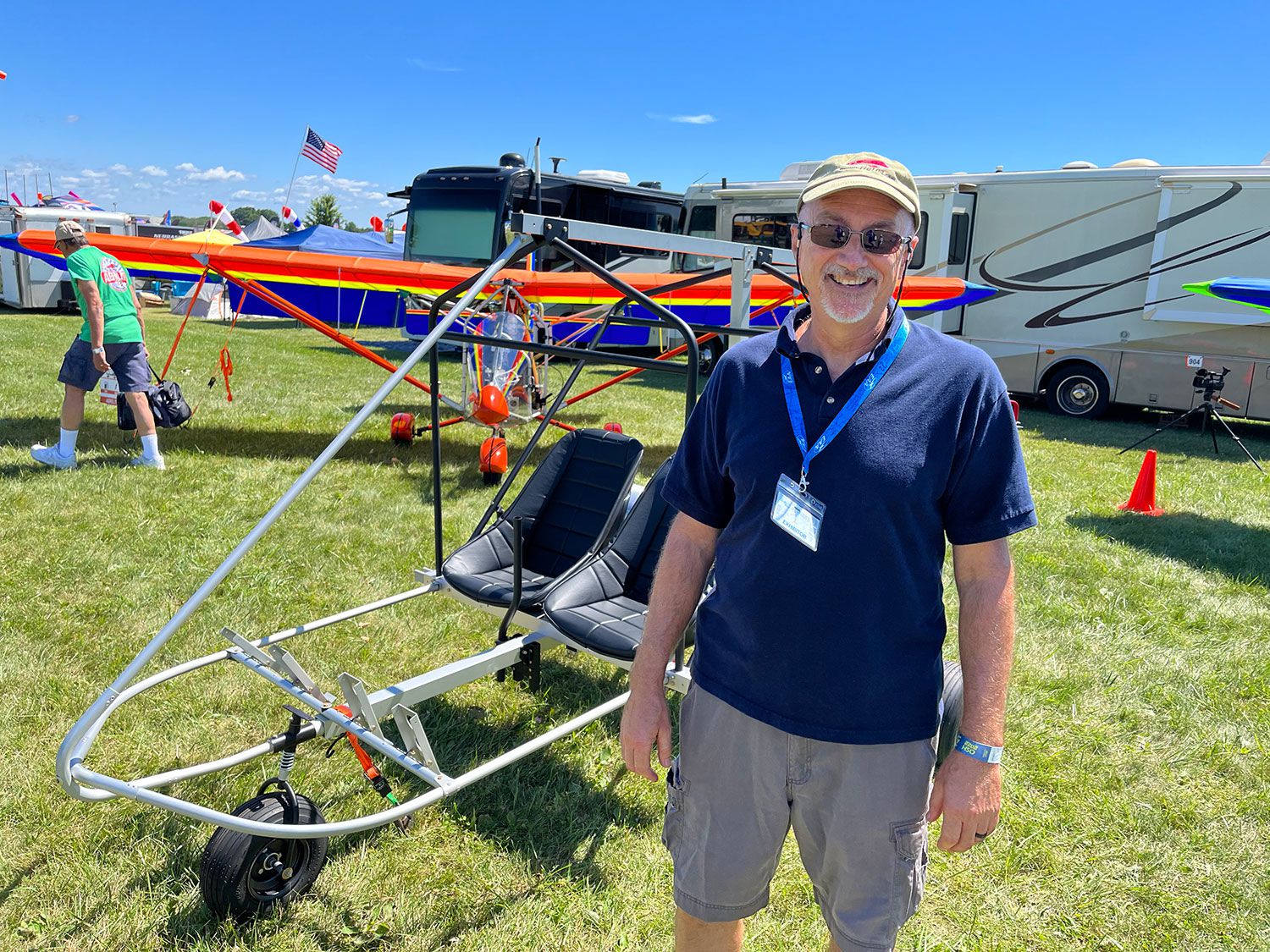 The highly successful Aerolite 103, a single-place, a Part 103 truly qualified ultralight aircraft, made the news last year with their new all-electric model. At AirVenture this year, Aero-Works has disclosed that they are working on a two-place model of their popular aircraft. Named the Aerolite-102, the new ship will, of course, not be eligible for ultralight status under Federal regulations.

The Aerolite 102 will be available only as a kit, which Aero-Works chief Dennis Carley predicts will take about 80 hours to construct. Carley hopes to get the basic kit price within the $20,000 range.

Aero-Works brought their Aerolite 102 engineering prototype to AirVenture, consisting of the fuselage cockpit section. The to-be-constructed wings will have about a 30 foot span and a chord of approximately five feet, resulting in 150 square feet of wing surface. The prototype is designed to utilize the MZ202 two cylinder, two stroke, dual CDI engine, producing 63 horsepower at 6250 rpm.

Projected airspeed performance figures have not been released, but being an amateur build aircraft, it will not be limited to 55 knots. Carley projects that the Aerolite 102 will be capable of a useful load of 500 pounds at full fuel (15 gallons).

Scott Spangler - May 13, 2010
0
Designer John Monnett has been waiting more than three decades for his SubSonex very short-winged glider to take off, and now it just might.