We just got home safe from my 4th trip to Oshkosh in five years. 2500 miles and zero squawks on a homebuilt airplane. I wasn’t originally planning on visiting Fond du Lac as a bonus, but as they say, getting there is half the fun.

For an aspiring aviation journalist looking for topic ideas, OSH is data overload. At this moment, however, I find myself falling back on what a treasured mentor once said about “write what you feel”, and this trip has had very special feeling for me. I hope that my editors and readers will accept a little personal indulgence.

This trip I came with my son Riley. We started flying together when he was a teenager and I served as one of his instructors. We would go fly in the middle of the hot Arizona nights shooting practice approaches around the area and we’d come back either best friends, or not speaking for a couple of days.

Years later we flew as father and son, captain and first officer, of a Boeing jet at our mutual employer.

We’ve also flown together in the RV10 including a very special plane camping trip to Idaho to see the solar eclipse. This was the first time, however, that we managed to schedule a trip together to Oshkosh. Words cannot describe what a wonderful experience that has been both as a pilot and more importantly, as a father.

At OSH we met up with a friend and workmate Karl Gashler and his delightful daughter Sarah. Karl is an idol of mine because if there’s something involved with aviation, he’s done it. Military fighters, homebuilt airplanes, tundra tires, competitive acro, commercial jets, you name it. I’ve lost track of how many airplanes he’s owned, often several at a time. He missed the start of OSH because he was on a Flying Samaritans trip in Baja Mexico.

What I most admire about Karl however, is that he has religiously taken every single one of his five children, one on one, both as kids and teenagers, to Oshkosh. Amazing. Oh how I wish that I had done the same. The good news is that it is never too late to start. My son was 37 with four kids of his own when we finally made it. 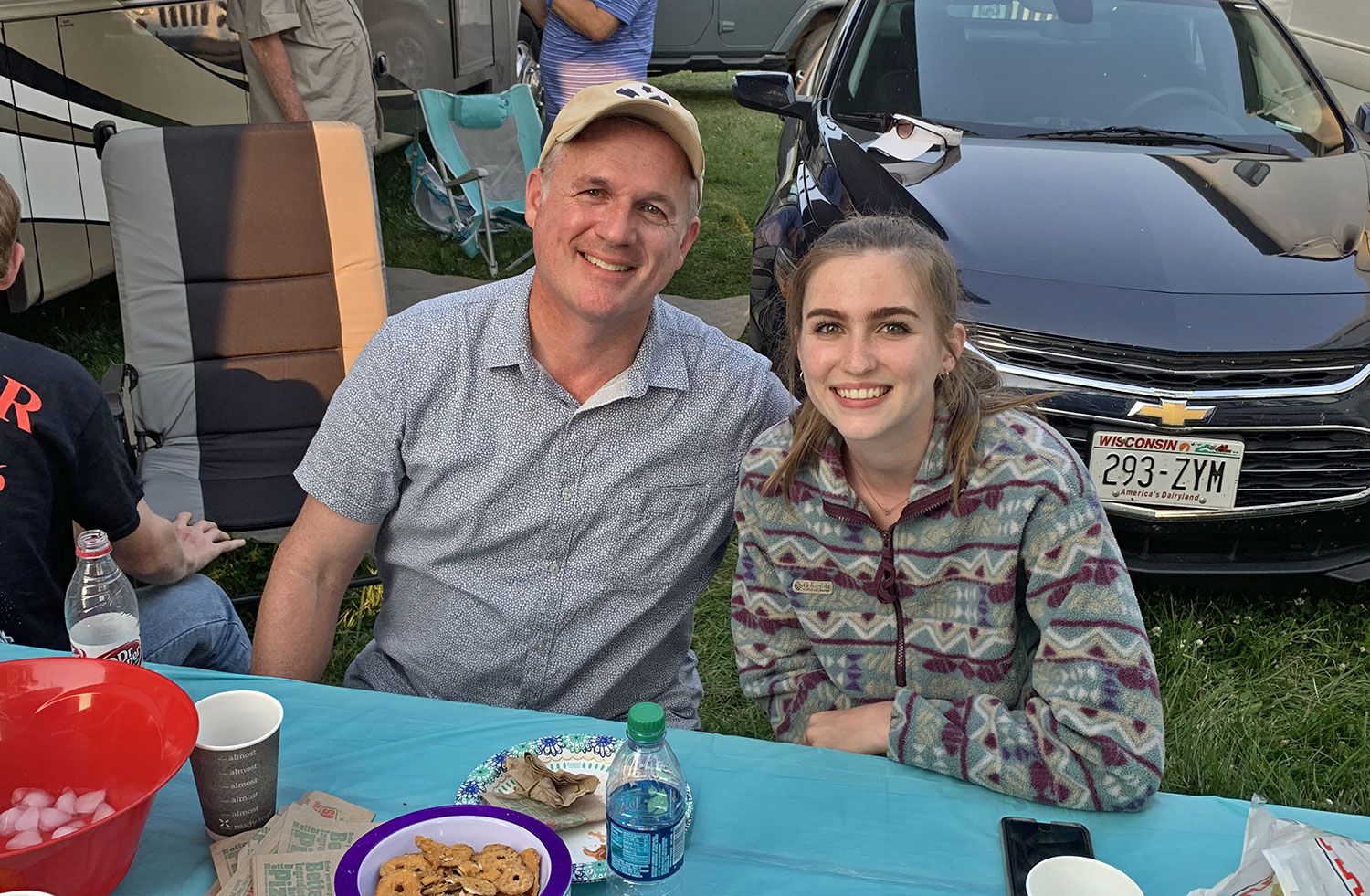 Those of us who carry the myriad torches of aviation passion have a responsibility—no a duty—to pass those torches down to the future generations to provide the pilots, mechanics, designers, inventors, innovators, and so on, that our blessed/cursed avocation requires, and there’s no better place to ignite or catalyze those juices than AirVenture. Those that say that general aviation is greying out need to hang around with the amazing young men and women at the OSH college aviation recruiting sites. They gush so much Avfuel in their veins that they make me blush.

Sitting at my airplane at HBC, a couple of groups of those young people walked by and chatted, and I’ll tell you what, it was the young women who asked the most insightful questions. Step up boyz.

I recently flew with a first officer at my airline who was born after I was hired. I think the future of aviation will be in good hands, but we need to keep the pipeline churning. Having kids of our own doesn’t matter, as there are myriad ways to plant the seeds. Most EAA chapters and some smaller airshows have funds to sponsor youth trips to Oshkosh.

Personally, I will be forever indebted to an insightful third grade teacher whose husband was a corporate pilot, and she would bring me his old aviation magazines after recognizing my early interest, cementing my interest both in aviation and aviation media.

Assuredly, not all the news is good. It’s a sad fact that the costs of getting a start on flying are more challenging today than it was for us old timers. I’ve calculated today’s cost of a C172 rental at about twice the cost of what it should be adjusted for inflation from what it was when I started in the mid 70’s. Fortunately, experimental aviation, a.k.a. aviation without lawsuits, is helping to reduce costs in very significant ways.

The good news is that after almost 35 years of flying for a living I have never seen the aviation job market prospects brighter for today’s new entrants, and that is huge and wonderful.

It goes without saying that parental success has nothing to do with choice of careers and/or interests. Not everyone is going to embrace aviation, and that’s okay, but the magic of AirVenture is that there is literally something wonderful for everyone, young and old of all stripes.

I hope to continue making the trek, (and having Fisk arrivals and grass parking open), for many years to come and I vow to never ever come alone.