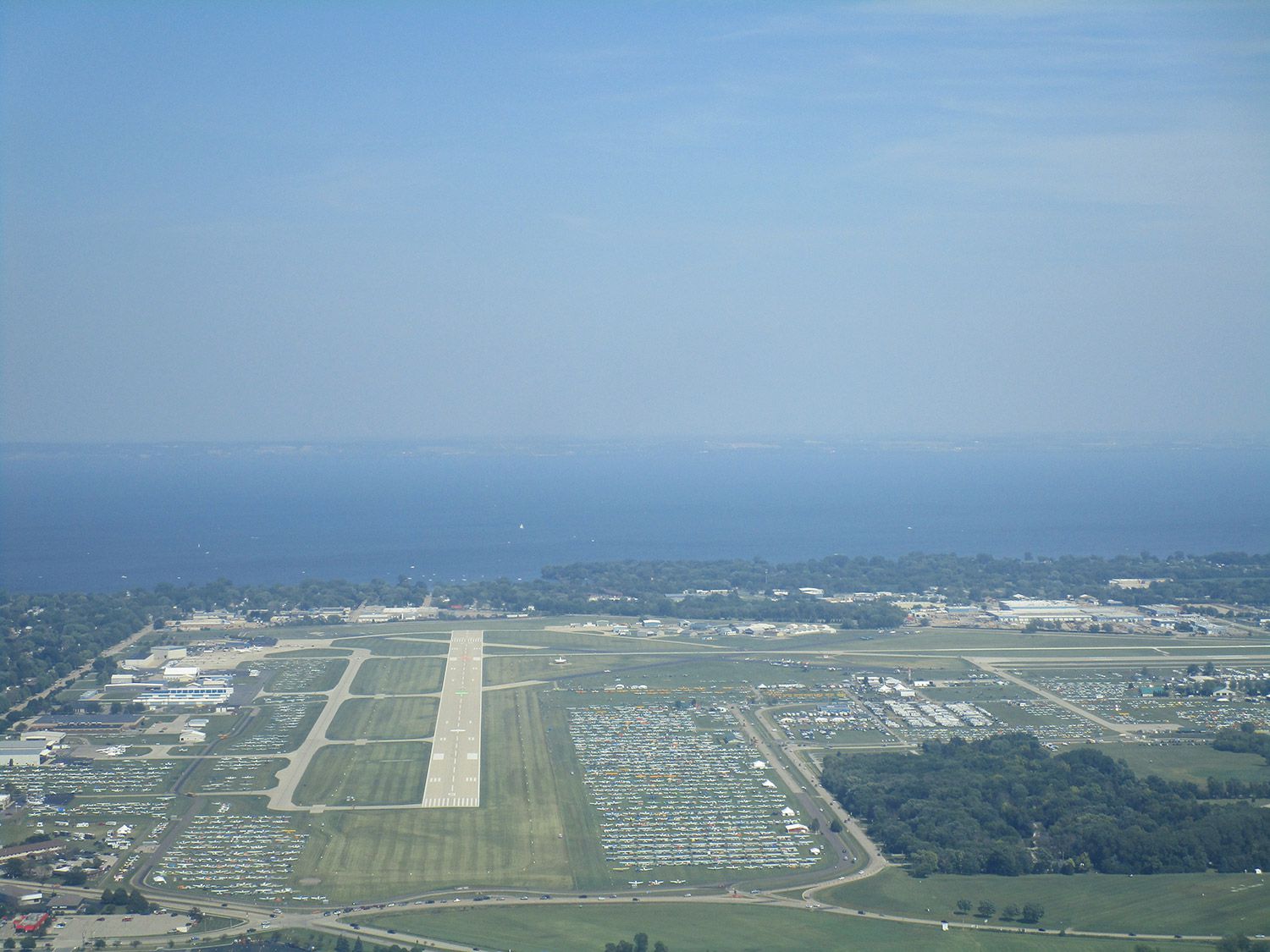 This year’s VFR Arrival Procedures were justly revised, although not confusingly so, after 2019’s Black Sunday debacle when two day’s worth of airplanes tried to squeeze in during one afternoon. We flew the NOTAMed route on the absolutely worst time, Sunday afternoon before the Monday show opening, and it worked. Maybe not perfectly, but about as well as human management can be expected to come out.

Now, I’ve been flying into the Big Show for well over 40 years, and you never can say you’re going to get there until the wheels actually roll off the pavement into the adjacent grass taxiways. Anything can go wrong, right up to the point of turning final. It could be the weather, the lateness of your arrival, a preceding aircraft’s faux pas or a hiccup from your plane. Never consider you’re going to make it in until the stakes are being sunk into the sod.

As we said, revisions were made this year. No longer can we converge willy-nilly on the little hamlet of Ripon, sorting things out in the dozen miles leading up to Wittman Field. Depending on the dictates of the Oshkosh Arrival ATIS of the moment, the daisy chain starts out further west, perhaps at Green Lake to the west of Ripon, or more westerly at Puckaway Lake, or, as it was in our case, way out west at Endeavor Bridge, a spot north of Portage, WI. 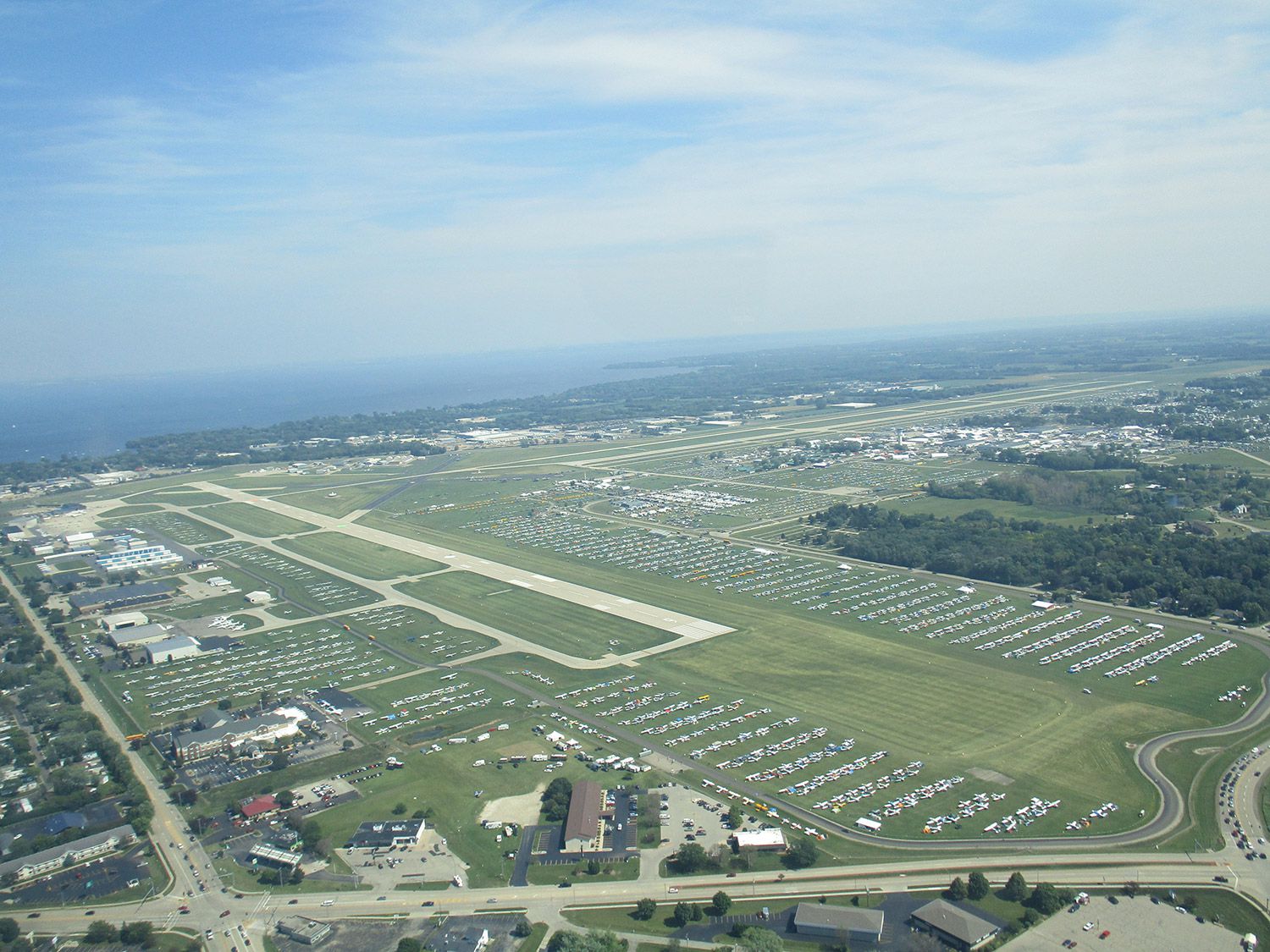 The advantage of these longer and more varied entry points is to allow more time to get in line, stabilize on the airplane a half-mile ahead and synchronize speeds. Should holding be necessary, the designated waypoints aid in corralling airplanes in orbits over known fixes, instead of the old system of “pick at spot and circle there.”

We ground off the miles at the requisite 90 knots and 1800 feet MSL, closed up the gap and fell in behind our pathfinder, and reached the gatekeeper at Fisk without incident, where our wordless passage was duly noted and replied to by waggling our wings, whereupon we were granted permission to continue to the right downwind for Runway 27. Sweet! We could practically feel the grass under the tires.

Alas, as we neared the downwind came the pronouncement, “All inbound aircraft, pull up and go back to your holding point. There’s been an incident on the airport, the field is closed, expect a 30 minute hold.” We cruised westbound, in fuel saving mode, and about the time we reached Rush Lake, just outside Ripon, the diligent controllers at Oshkosh had sorted out the gear-collapse problem, and we were permitted to resume our inbound alignment. Total time lost, about 20 minutes until we were back over the rock quarry and flying the downwind. As usual, there was a flurry of “land on the green spot, no, keep your altitude up, now land long, turn off as soon as you can.”

Under the old system, it would have been a free-for-all gaggle, getting the herd of cats sorted out again. Only at Oshkosh could this many airplanes be worked into a set of runways in so short a time. Now, if we could just get some of the chatterbox hotheads to stay off the controllers’ frequency and follow the instructions…