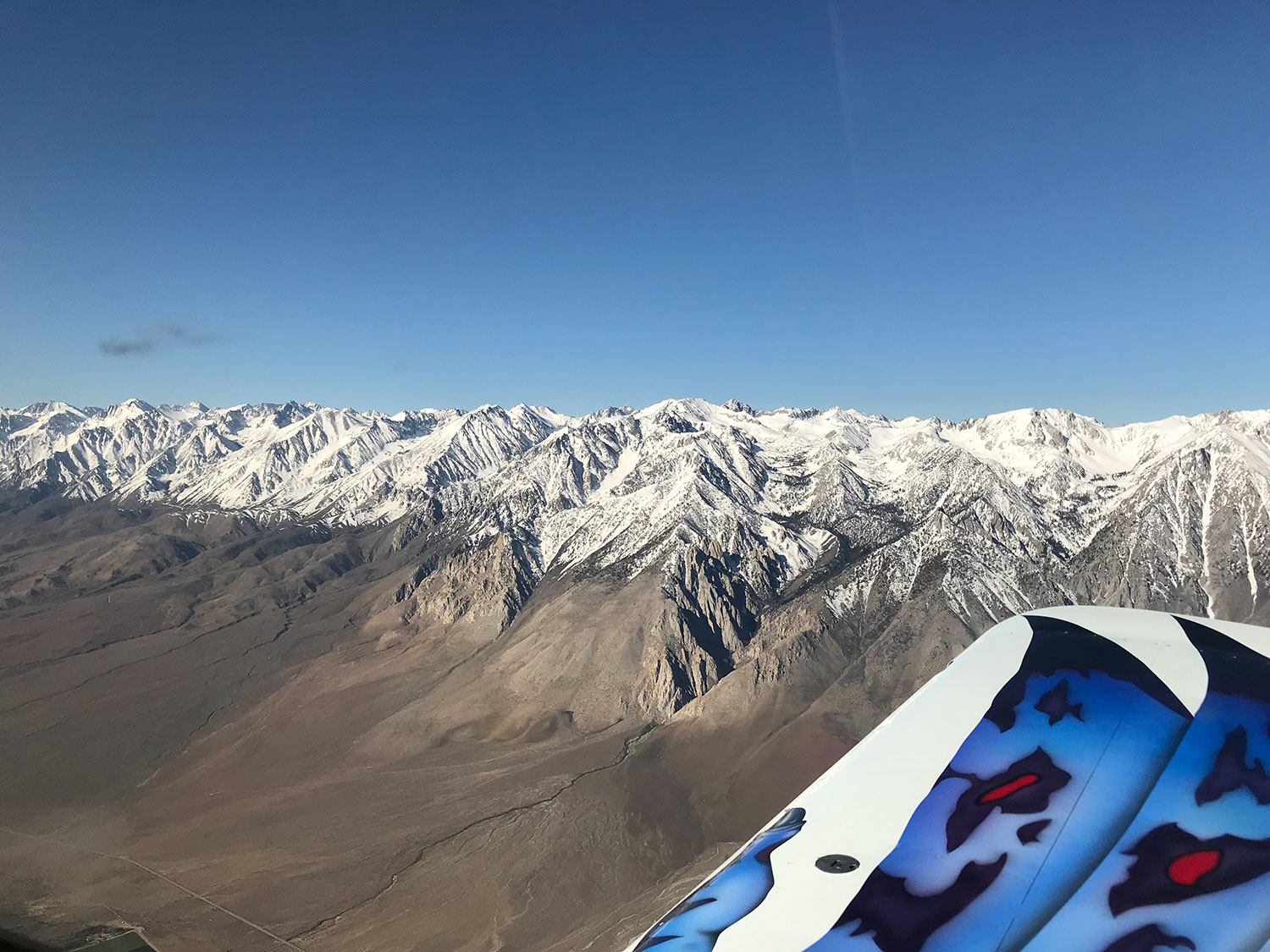 It’s been an odd winter for our area – lots of low cloud days and precipitation here in the Lake Tahoe region – and that has limited the fun flying ever since November. But today was a Saturday that dawned calm and clear… and there were missions to be flown! Instead of setting up to fly the jet, I took off at the crack of dawn in our RV-3, headed south to rendezvous with my wife in Bishop, California for breakfast. She has ben spending the week there doing some cycling training with an old teammate of hers form their glory days with USA Cycling, and I thought I’d drop in to see how they were doing – and have breakfast at the marvelous Schat’s Bakery, familiar to any Californian who has traveled the eastern Sierra.

With my fingers still sticky from an apple fritter, I mounted back up and launched once again into the calm and smooth skies, headed still farther south to Inyokern – the public field just west of China Lake Naval Weapons Center. A friend there needed some guidance in disassembling an O-360, and another friend from Carson flew down in his RV-4 bringing tools, and I stood there making supposedly wise comments, like “OK, now take off all of those nuts.” Mostly I was supplying moral support and confidence I suppose, but it bought me a nice Taco lunch!

With the engine in pieces, it was time to climb back into the machines and launch as a two-ship back up the Owen’s Valley for home. Of course, the tailwinds I enjoyed one the way down were now in our face, so instead of going as high as possible to maximize those winds, now it was a game of staying as low as possible to stay out of the wind, and as high as possible to stay above the growing convection – the desert is warming up. But oh, the spring flying when the air is clear, the desert is in bloom, and the airplanes are fast–its wonderful when it call comes together. Three hours plus a little for the day in the air – and some great times spent on the ground.

Fooling around with flying machines–it doesn’t get much better!