Home Newsline News And Just Like That… It's Done

It’s finished! Well, mostly finished… as finished as an airplane, or a paint job, can ever be. Painter John Stahr put the final touches on a number of small details, and fixed a few more spots where paint had sneaked through masking around rivet heads, all in preparation for the final clear coat on the fuselage and tail sections. 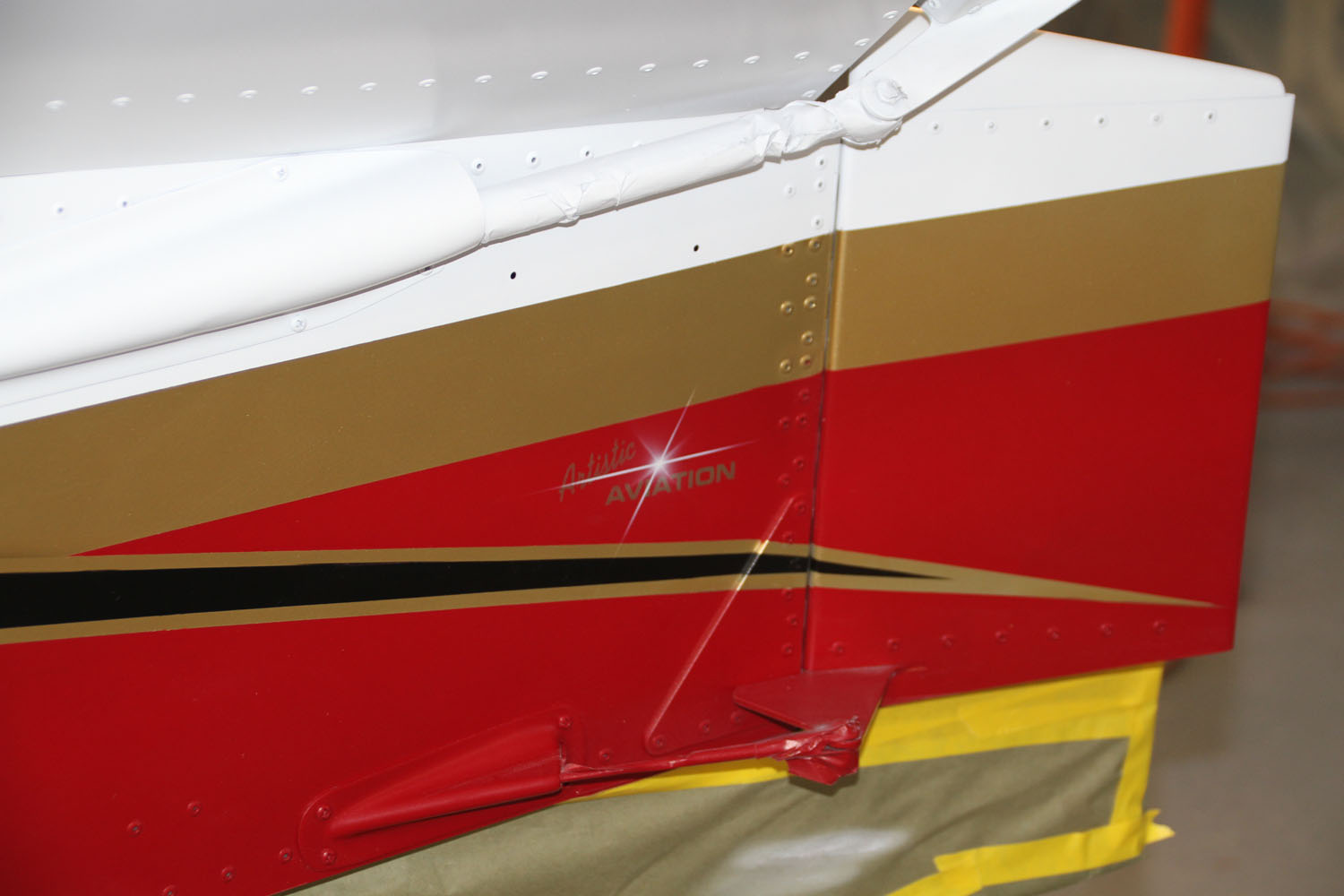 Preparation for clear coating was extensive – no dust was going to be allowed to mess up the final finish! As Stahr worked on his details, I worked at cleaning things up – wiping down the airplane several times for dust, vacuuming the floor, and putting away extra equipment. The clear coat, Stahr warned, was going to coat EVERYTHING in the vicinity, so it was best to keep the number of things around the airplane to a minimum. We also cleaned the area upstream of the paint booth, the parts of the shop where air was going to be drawn from – this would keep dirt and dust from being pulled into the air. Finally, just before shooting the clear, we locked the doors – the last thing we needed was for a well-meaning helper to pop in and stir up dust which would have been sucked into the booth.

All the prep work paid off – in a coating of clear coat, the fuselage art began to shine, and in a matter of forty-five minutes, it was done. The guns were put away and it was time for a break. A few neighbors came by to share some barbecue – a way to thank them for their help during the week – and that also gave the final coat a chance to set up without being disturbed. When the meal was finished, the paint was ready – and it was time for the reveal.

For the first time in a week, the big hangar door was opened, and the airplane shone brightly in the evening sun – the team moved in to pull paper and tape, and like removing the bandages after plastic surgery, the beauty was immediately apparent. The finished airplane is a masterpiece of Stahr’s work – and is ready for a few pre-inspection inspections to get her ready for licensing. 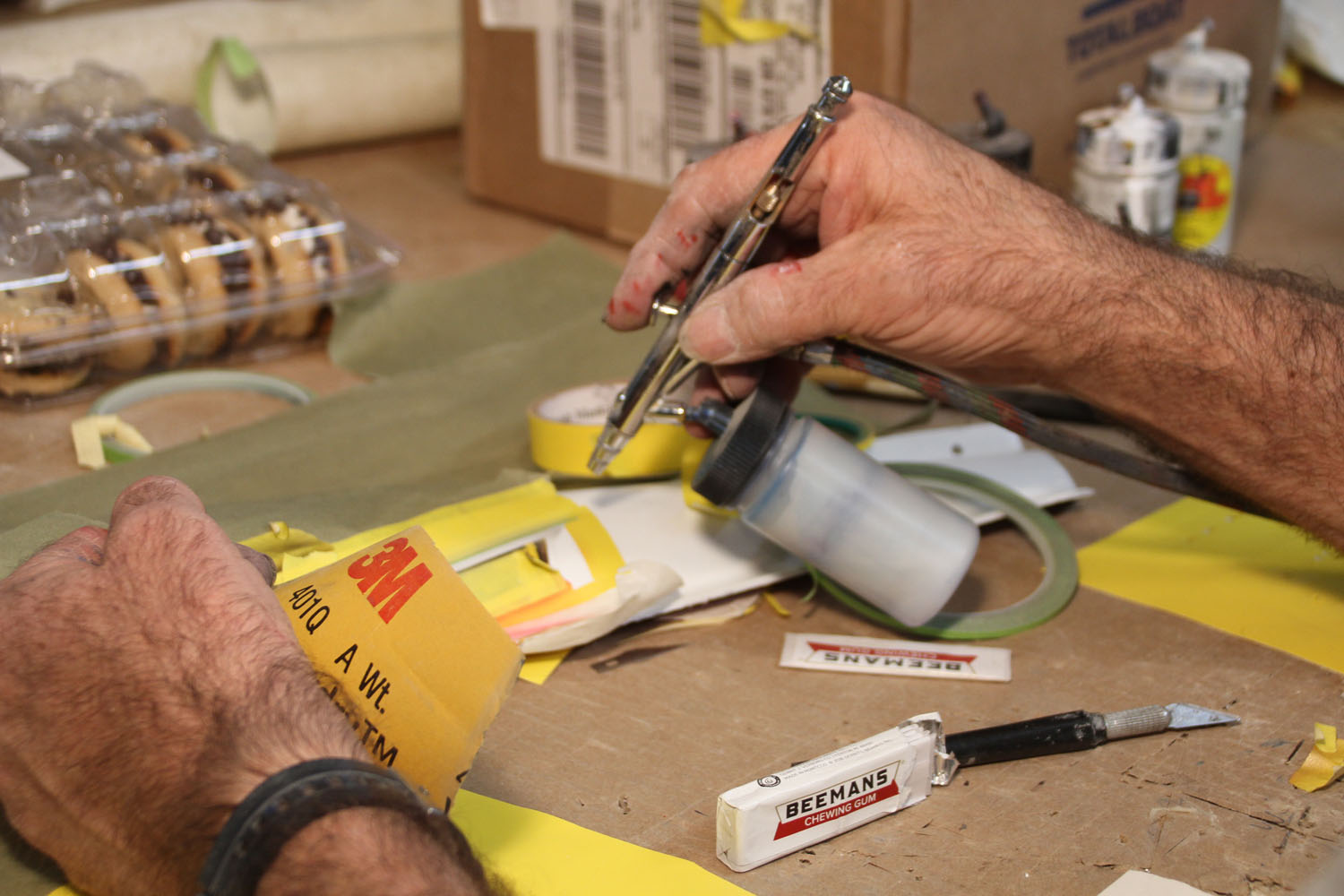 One last artistic touch. Stahr works on adding a special touch to the tail fairing. 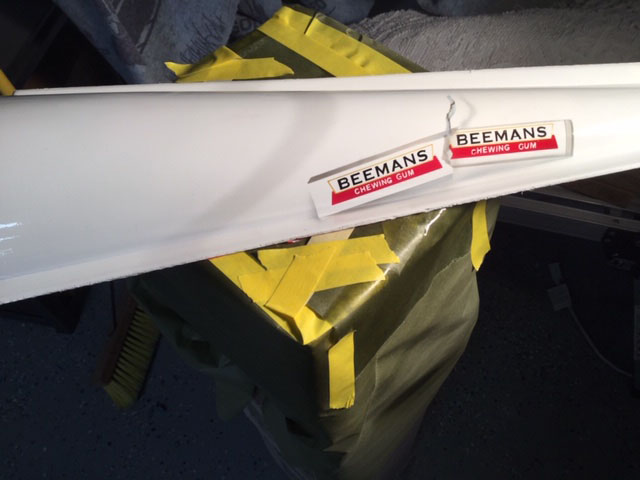 We’ll let you know when she’s ready to fly!

Time-lapse video from the final day: