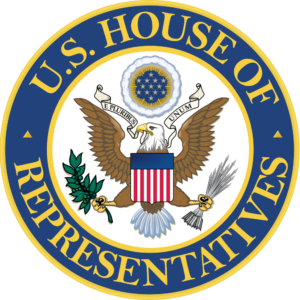 The House of Representatives on Monday passed a bill that extends funding for the FAA through September 2017 and–in an another step forward for a long-awaited breakthrough–included language to reform the current third-class medical certification system.

The legislation, the FAA Extension, Safety and Security Act of 2016 (H.R. 636), passed on a voice vote in the House. It now moves to the Senate, where a vote is expected this week that would move the bill to the president for his signature before the current FAA funding extension expires on Friday. The aeromedical reform language in the bill has already passed the Senate three times in various measures since last December.

“This bill is not yet law, but this is a major step forward and makes us more optimistic that our efforts can finally reach the finish line,” said Jack J. Pelton, EAA’s CEO/chairman. “EAA and AOPA have put in exhaustive efforts on this priority, working directly with leadership in both the House and Senate. We urge the Senate to take up this legislation quickly so it can further advance toward becoming law.”

After the president signs the bill into law, the FAA will have up to one year to develop and issue regulations before the new third class medical provisions become effective. But a 10-year reachback will allow many pilots who have held a valid medical certificate or special issuance within the past decade to fly without needing another FAA medical exam. Instead pilots will be able to be examined by their personal physician every four years and take an online aeromedical factors course every two years to remain medically qualified to fly.

“We appreciate the many lawmakers and staff members who showed leadership in both congressional chambers, working with EAA and AOPA to make this bipartisan effort a reality,” Pelton said. “While there are still some steps remaining, this is absolutely the farthest advance for aeromedical reform in a quarter century of efforts. EAA will not rest until we see the bill signed by the President.”

Comparing the scope of the bill’s coverage with the original petition filed by EAA and AOPA in 2012, the legislation greatly expands the number of pilots and aircraft who will be eligible to fly under third-class medical reforms. The table below compares some of the key points.