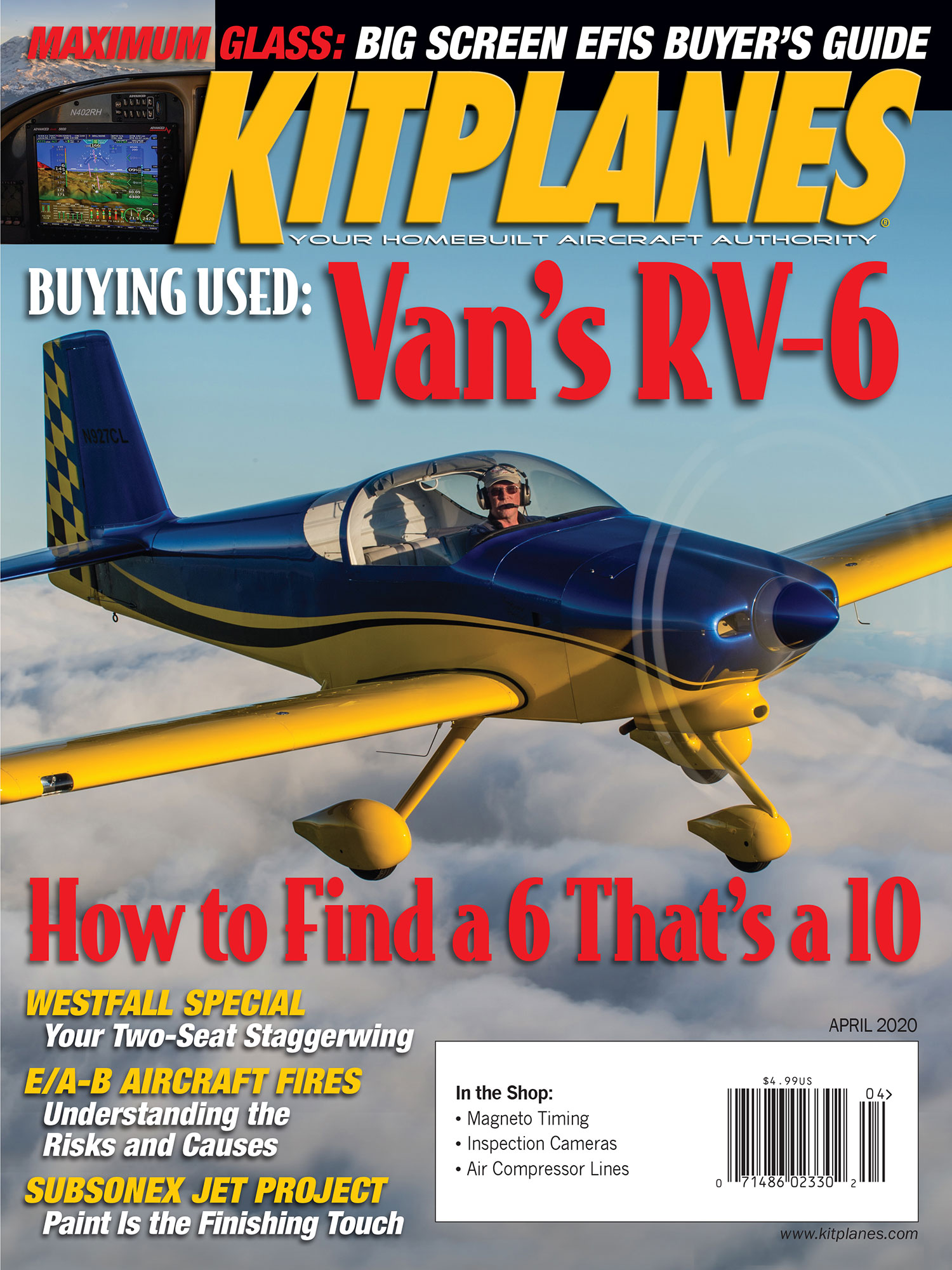 On the cover: Scott McDaniels pilots his RV-6A near the Van’s Aircraft factory in Oregon. Scott—who works at Van’s in the company’s prototype shop—carefully rebuilt the airplane, which he acquired after it had been damaged. Photographed by Ed Hicks near Portland, Oregon.