After nearly 20 months of investigation, the Australian Civil Aviation Safety Authority (CASA) has lifted its operational limitations for most Jabiru-powered aircraft in Australia. Stock Jabiru engines that are maintained in strict accordance with Jabiru service bulletins and maintenance instructions are no longer affected by the limitations, which were issued in late 2014.

In an 11-page report released by CASA this week, engineers explain the findings of their investigation of reported through bolt and valve train failures in the Australian Jabiru fleet. While solid-lifter engines and the current production design roller-cam hydraulic lifter engines have not experienced any through bolt failures, the through bolts of early hydraulic lifter engines were susceptible to harmonic fatigue in certain situations.  In 2012, Jabiru released their first service bulletin in an effort to improve the durability of the through-bolts. Several iterations of that service bulletin and an increase in the diameter of production through bolts and studs have resulted in an engine design with no further through bolt issues and a complete upgrade path for operators with the original 3/8” bolts.

The reported valve train issues appear to be caused by sub-standard maintenance practices and are not related to design or manufacture of the engine. Jabiru released comprehensive maintenance practices for the valve train around the same time the original CASA limitations were issued in late 2014. The roller cam followers and internal pushrod oiling of the latest generation Jabiru engine improve the operation of the valve train. Additionally, the latest piston design features valve-relief pockets to reduce the chance of catastrophic failure if a valve should ever stick open.

According to the CASA report, “The failures experienced can generally be attributed to the maintenance practices, not necessarily poor quality of maintenance but… any deviation from the current Jabiru recommendations does appear to introduce conditions that can rapidly deteriorate the engine health to the point of failure. Hence, the current maintenance schedule (in particular 25hr oil changes) and the maintenance requirements for cylinder head inspections/maintenance per Service Letter JSL014 can be expected to provide for an acceptable level of reliable operation if they are adhered to with some vigilance.” The engineers acknowledged that engines that have been maintained in accordance with Jabiru instructions and that do not use unapproved after-market parts have a good reliability record and should not be subject to the terms of the CASA restrictions.

The restrictions, which include flight in VFR day conditions only, no flight over densely populated areas, and an Acknowledgement of Risk document for passengers, remain in force for operators of engines that are not in compliance with Jabiru maintenance instructions and service bulletins. They also remain for engines that are equipped with aftermarket parts not approved or manufactured by Jabiru because experimental parts introduce risks and variables that were not able to be studied.

Pete Krotje of Jabiru North America stated, “I hope people who read CASA’s report get the main message that well-maintained Jabiru engines were not a problem, but sloppy maintenance did them in. CASA does not mention the group of eight flight schools where most of the problems arose and that the same maintenance company did their maintenance.” He added, “I can’t imagine that the FAA would take steps similar to CASA’s limitations without knowing the source of the problem.” Krotje has operated the largest Jabiru dealership and support operation in North America for 16 years and has seen very few issues with properly-maintained Jabiru engines over that time period.

In Australia, Jabiru has increased the frequency of its maintenance courses and has seen an increased amount of attention to its recommended maintenance practices since the CASA restrictions have been in place. In a letter to his owners, Jabiru founder Rodney Stiff wrote, “It is heartening to see recognition by CASA of the issues faced which are beyond our control and the steps taken by Jabiru to deal with the issues within our control. It has also been heartening to see the dramatic increase in compliance to Service Bulletins/Letters and maintenance procedures. This combined with our Jabiru engine training workshops has resulted in fewer incidents and puts us well ahead of (our competitors) for reliability… We will continue to work for and with our owners and operators to strengthen and grow the Jabiru Fleet.  We have weathered the storm –  it is now onwards and upwards for the Jabiru Fleet.”

The full CASA report, as well as information about Jabiru maintenance courses in the U.S., can be found on the Jabiru North America website, www.jabiruna.com. 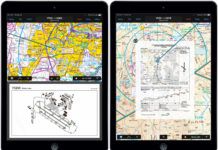 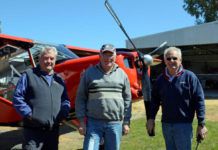 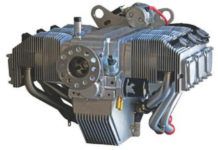 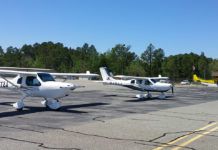 It's the Simple Things… 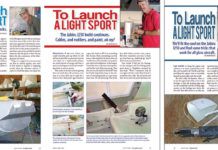 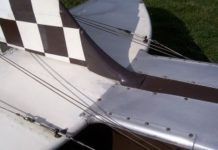