It’s a cold, snowy, sloppy week in Central Pennsylvania, home of Lycoming Engines – which is good, because we’re not going to be out enjoying the skies anyway! This week, we’re at the Lycoming Engine Service School to learn about how the factory says they should be maintained, overhauled, and operated – and we hope to bring our readers along for the ride. Although there are lots of engine choices for the homebuilder, Lycomings make up a significant portion of the flying fleet, and we are just as curious as you are about some of the more esoteric aspects of owning one of these prop-swinging machines.

The four-day school (and next week’s three-day school on engine disassembly and re-assembly) is open to anyone with an interest in the care and feeding of Lycoming engines. These two classes are repeated throughout the year on a monthly basis, and are taught by the Pennsylvania College of Technology just a few miles from Lycoming’s plant in Williamsport, PA. This week’s class includes a couple of A&Ps, a homebuilder or two, a mechanic from the Peruvian Air Force, and an engineer from Shell oil – yeah, the guys that make Aeroshell. It’s a diverse group, with a diverse background. 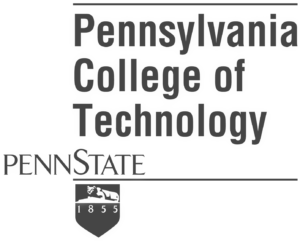 We’ll share full details on the courses and how you can sign up for them in futures issues Kitplanes Magazine – but until then, we’ll give you a few tidbits as we learn them along the way.

So have you ever wondered why so many Lycoming part numbers begin with the letters “LW”? For instance, the bolt that goes into the back of the crankshaft is an LW19649 (if I wrote that down correctly). Well, in days gone by, parts were made in a number of facilities around the country – and the LW referred to a part made by Lycoming in their Williamsport factory. Simple – huh? The new part numbering system was designed to drop that prefix in exchange for a system that more closely identifies the part (in this case, a 13S19649), wherein the first “1” identifies the part as being a component of the Power Section of the engine, the second number (“3”) identifies it as part of the crankshaft, and the “S”, well… legendary instructor Jim Doebler was honest enough to admit that he wasn’t sure what the S stood for – but the rest of the number was familiar enough that he didn’t care. The wonders of modern databases.

Check by tomorrow for more trivia and information from Williamsport!