Lightspeed Aviation announced its newest iteration of the Zulu ANR headset-the Zulu:P. Running from panel power instead of two AA batteries, the Zulu:P uses the same six-pin LEMO connector as the Bose X. The elimination of the battery compartment lightens the headset a little from its original 13 ounces and keeps the “my batteries just died” rumble away. Given the capabilities of the headset, including a Bluetooth connection to cell phones and a wired interface for cell and music devices, consistency in power supply is an important feature. 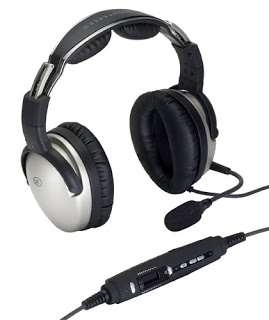 How did the music demo sound at the booth? Nice. Really nice. The rumble of the hangar’s noise pulled back to a blanket of blessed quiet. And the audio quality of Foreigner’s “Cold as Ice” courtesy of the company’s iPod was crisp and vivid. The headset itself was light and well balanced, with no uncomfortable clamping pressure or hot spots.

What happens if you lose ship’s power? According to Lightspeed, the full coverage of the magnesium ear cups provides better passive performance than its plastic counterparts. (They sure look snappy, too.)

Lightspeed’s Mark Shepard added that the Zulu:P had been announced before it became widely available, and the $900 headset, which has given the Bose X a run for its money, is available from the company’s usual retail distributors such as Aircraft Spruce, Gulf Coast and Pacific Coast Avionics, and Sporty’s.