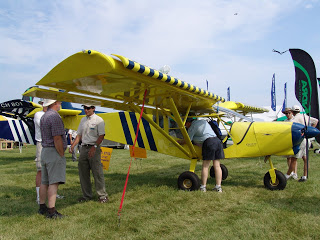 Fitting neatly between the two-seat CH 701 and four-seat CH 801, Zenith Aircraft is introducing the new CH 750 to the world at this year’s AirVenture convention. Available in either kit form from Zenith Aircraft ($19,500) or air-ready and VFR equipped from AMD ($99,900), this spacious two-seater retains its LSA compliance while delivering impressive STOL performance typical of the other Zenith models.

“We went with the Continental engine,” says Zenith President Sebastien Heintz, “because now you can get a new, experimental O-200 for less than a Rotax 912. But since the firewall is the same as the one on the 601, you can pretty much use whatever engine you want, including the Jabiru or the Corvair.” 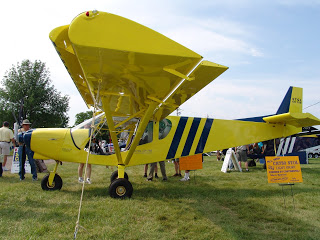 “We’re just offering the one ‘standard’ kit at this point,” Heintz continued. “Since all the parts are CNC punched and pre-formed, there’s really not a need for a ‘quickbuild’ version. With the blind rivets, you can build a wing in two days. We’re just starting the manufacture of the wing kits now, and with our standard lead times, figure you’ll have a full kit by the end of October if you order a kit today.”

For larger pilots (like me) who find the 701 just too confining, the new 750 has all the earmarks of retaining the 701’s impressive STOL performance and style while retaining the ability to fit neatly into Light Sport requirements. If the crowds around the airplane is any indication of its future success, it appears that Zenith may have just come up with another winner. More information coming soon at Zenith Aircraft.

New Gear for an Old Plane

Dana Hague - July 20, 2018
0
Building landing gear from scratch for a Starduster One.