I thought I would take a break from the maintenance series this month and share some things I have seen or heard lately while performing prebuys and DAR inspections. While many of them are common errors that tend to generally show up across both old and new aircraft, some are just paperwork misunderstandings, while others have the potential to cause serious flight issues. Some can even have a humorous side to them.

Before I get to that part, let me share a story that happened recently while I was in Alabama performing a DAR inspection on a newly completed RV-6. The gentlemen had taken 17 years to complete it and, in fact, there was a younger person there who I came to find out was the son of the original owner from whom it had been purchased. The “kid” was now 27, remembered sitting in it as a child while making airplane noises, and was now hoping to get to really fly it someday. Wow—talk about keeping a dream alive!

Now, if you’ve ever been to Alabama during football season, you will understand that they are very serious about football. One of the first questions I was asked when I arrived that Saturday morning was if my team was playing? My answer was that as an 11-time aircraft builder, I didn’t have time for a team.

In the corporate world I always felt out of place at the Monday-morning staff meetings when everyone was talking about their team’s game over the weekend. I had worked on a wing or licensed an airplane for someone, and in my mind had a lot more fun. Most likely today, none of them would remember the score of their team on any particular weekend, but I now have an airplane sitting in the hangar. I know I am not alone with regards to the steadfastness it takes to build an airplane, and I really commend those of you who have completed or are building airplanes. It does take a time commitment and sacrifice at times, but you end up with something that will last a very long time, and in some cases it even becomes an heirloom. 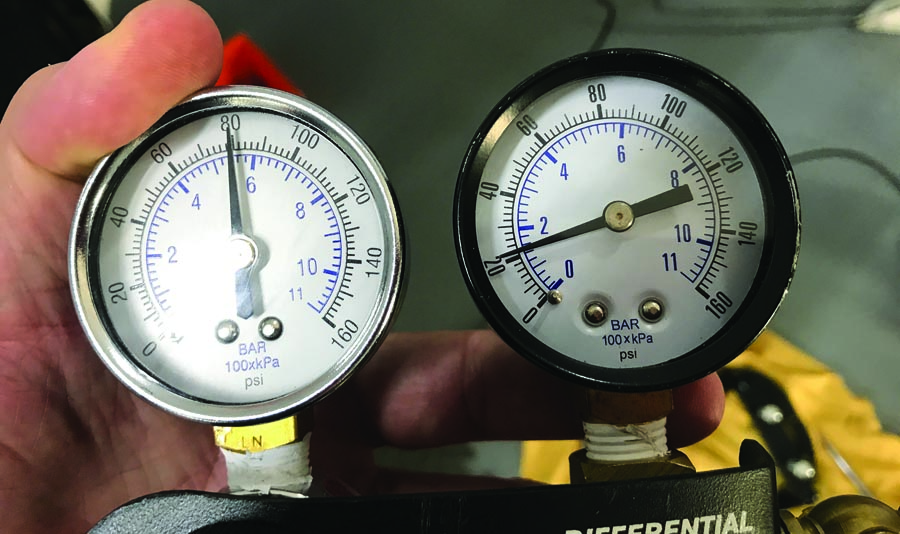 A reading like this is a sure sign that further investigation is warranted. In this case, the leakage was heard at the exhaust pipe exit, indicating an exhaust valve problem. A borescope inspection revealed a burned valve that needed replacement immediately.

How Long Will it Take?

Over the years I’ve been asked many times how long it takes to build an airplane. Most of the kit manufacturers will quote estimated build times, but even those numbers will tend to scare people away, as they tend to range around a thousand hours or more for most of the practical traveling aircraft. However, I always point out to those who are wrestling with the idea of building how easy it can be to carve out a thousand hours over the course of the year. Just by not turning on the television after dinner, spending a couple of hours every night and perhaps 4 hours on Saturdays and Sundays, you can have yourself an airplane in about a year. Honest. Even the RV-14 can be built in about 1000 hours if one takes advantage of the quickbuild options, and the RV-12 and many other Light Sport kits can certainly be built and flown in less than a year using the schedule I just described. Today’s kits don’t really need to take lots of years to complete, and some are even more fun than putting together a grill from Home Depot! 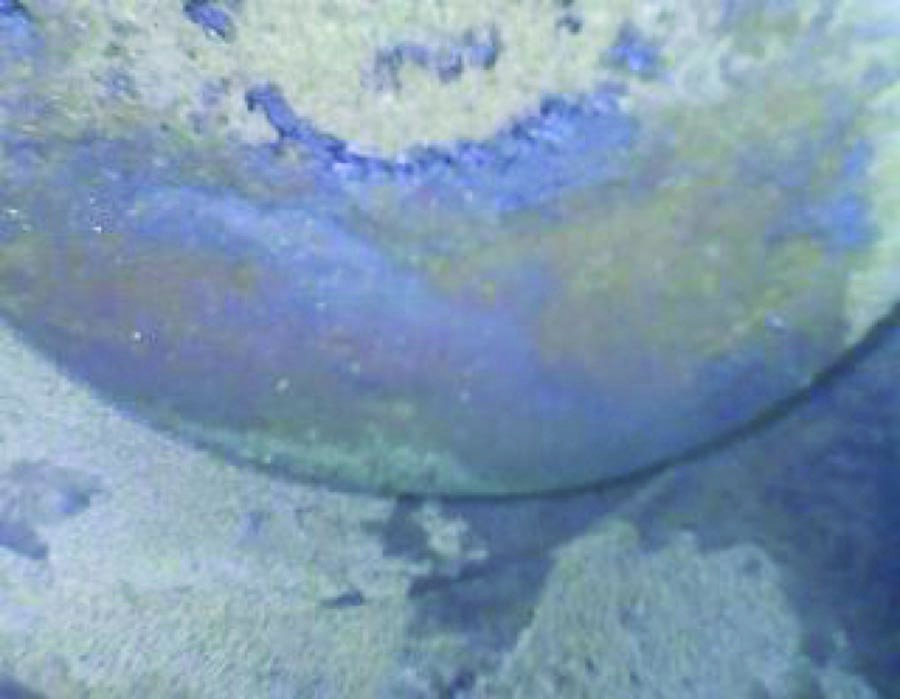 During a prebuy compression check, one cylinder showed very low compression, and air could be heard exiting the exhaust pipe. A borescope inspection revealed the classic burned valve, luckily caught prior to failure.

We are seeing a number of high schools building airplanes these days, some through the Teen Flight program. Thinking outside the box, I bet there are some neighborhoods that could benefit from having a group project like an airplane. After all, not every kid wants to play tennis or golf. Imagine a few parents getting together and funding a project that has multiple families and kids involved in the building process. They could all end up with a “club” airplane and drastically cut down on the costs of learning to fly. Over the years I have heard from many people that flying is something they always wanted to do, but it seemed too expensive or time-consuming and the opportunity passed them by. I think with some creative thinking both of those barriers can be broken and everyone can have fun along the way, and probably even form some lifetime bonds. 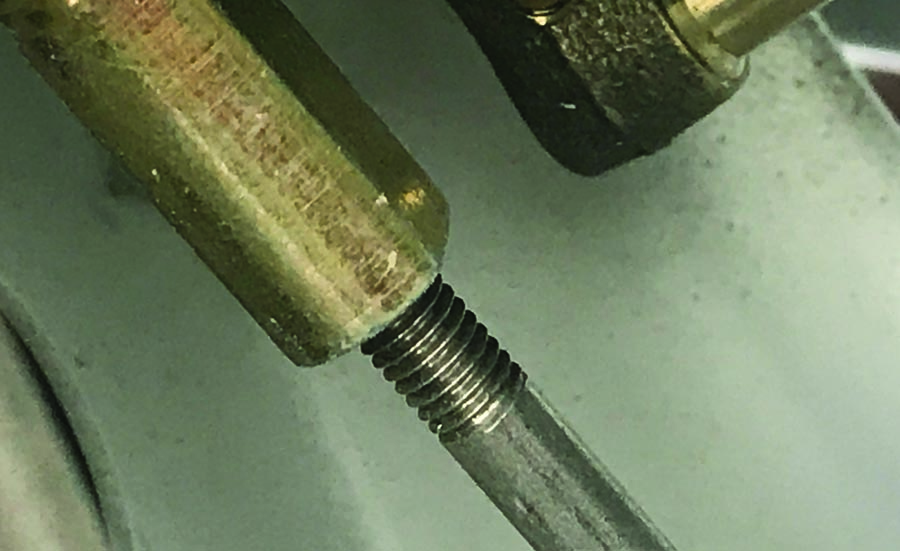 These were found on a recently licensed but not yet flown aircraft. Whether they were overlooked or not inspected is unknown, of course. Nonetheless, both of these can have serious consequences. The jam nut is completely missing on the carburetor engine control (above) and is also missing on the rudder-attach bearing. 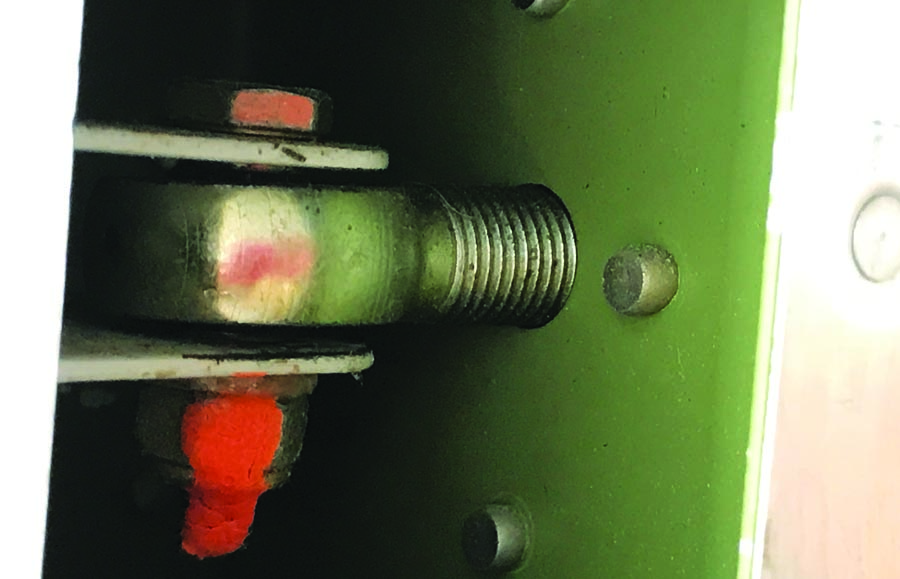 Now back to the original topic of sharing some findings with you. Every once in a while, a thread pops up on the various online forums regarding the cost of the inspection by the DAR, along with asking for alternatives. The only alternatives are an inspection by the local FSDO or MIDO, both of which are done for free. Sounds good, huh? I am not here to bash either of those choices, the old adage about getting something for free many times rings true in this case. While pilots as a whole have a reputation for being cheap, I have been witness to it many times that being cheap in this area is only potentially hurting yourself.

I have performed prebuys on aircraft that were signed off by FSDO and MIDO inspectors as well as DARs that had some pretty serious airworthiness issues. Was it done maliciously? Absolutely not. The FAA is tenacious about the paperwork being correct, so that creates a lot of focus on the paperwork, with the airplane sometimes receiving the short end of the stick, especially if the inspector is not familiar with it. Quite honestly, they may not know what they are looking for, especially when it comes to missing items. Most recently I inspected an aircraft that had been licensed, and the list of discovered problems was quite long, including loose jam nuts, missing (yes, missing) jam nuts, engine controls that did not have full travel, flight controls not having the required travel and/or hitting the control stops, missing safety wire on a gascolator, and inoperative elevator trim, to name a few. Luckily, the airplane had not even flown when I saw it.

When it comes time for that all-important airworthiness inspection, consider spending some time to figure out who the experts are on your particular aircraft. Don’t cheap out on the most critical inspection of the entire build. Yes, I know the inspection will cost you something if done by a DAR, and I understand another expense at the end of the project doesn’t always sit well. 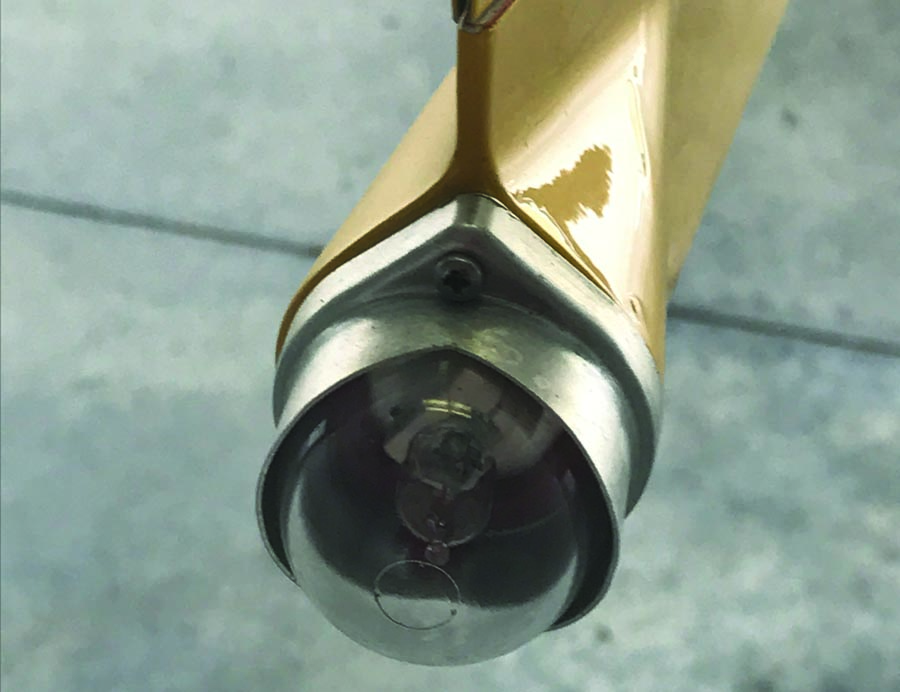 Here is one that may have been caught and explained to the first owner, but it was either never corrected or purposefully left as is. The taillight on this aircraft had no strobe function, and the wingtip strobes were not visible from behind the aircraft. With this configuration it is not a night-legal aircraft. The current owner was not aware.

There is another way to ensure your aircraft is put together right, and that is to make regular use of the EAA Technical Counselor program during the build process. Find someone who knows your particular airplane, someone who knows engine installations, and someone who knows avionics. Keep in mind that they may not be the same person. So you don’t have anyone local? Ever heard of FaceTime? I use it for people all over the country for in-process advice. Most of the projects are still at home and the network connections are great. Then, once you get the airplane at the airport and assembled, consider inviting the local EAA chapter over for an inspection with an award to the person who finds the most discrepancies. That can be fun and it really does work.

The same goes for prebuys: Get someone who knows that particular type of aircraft well. A one-time builder is not necessarily qualified to find the problems on another aircraft, especially if they happened to have made the same mistake. By the way, I have seen the same mistake repeated on multiple aircraft built by the same builder. It happens. No one ever pointed out it was wrong, so it keeps getting done the same way. FaceTime can sometimes work for an initial prebuy discussion, but they are really best done in person.

The most recent, almost hilarious, comment I heard came from a seller of an amateur-built aircraft who claimed he was an A&P and IA. The operating limitations were missing (not an uncommon finding from second and third owners), and he stated that they were not needed past Phase I, and I quote, “They can even be torn up and thrown away!” It’s really sad to hear some of the bad advice that some owners are receiving from “authority figures.” A quick look at the airworthiness certificate will clarify that the operating limitations are a part of the airworthiness certificate. 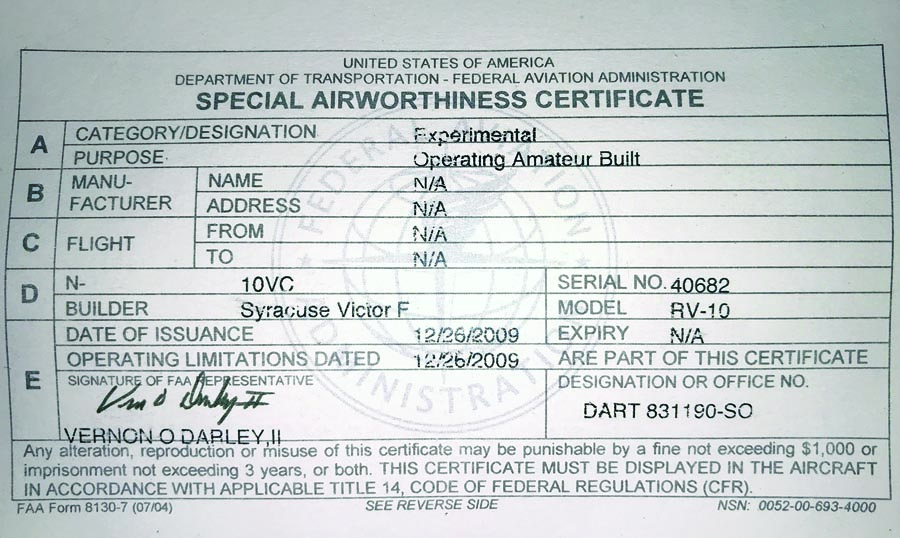 Note how the special airworthiness certificate clearly states that the operating limitations are a part of the certificate. They must be in the airplane forever, whether you are in Phase I or Phase II.

Of course, you have to have the certificate to verify this. Yes, most recently I inspected an aircraft for sale that had no airworthiness certificate. It was the third owner, and no amount of searching could find it. Not exactly airworthy, and how long it had been missing was anyone’s guess. I thought we all learned the mnemonic ARROW when we learned to fly. I think with one R deleted—AROW—it is still appropriate: Airworthiness, Registration, Operating limitations, and Weight and balance. Of course, keep the second R (Radio station license) for international operations.

The sense of accomplishment that comes from building and flying your own airplane far outweighs anyone’s team score. As a matter of fact, I distinctly remember unloading my RV-10 during the Super Bowl of 2008, as the driver happened to be in the area on that Sunday afternoon. I’m sure there was a big discussion on Monday at the staff meeting about the Super Bowl, but I don’t remember it. Come to think of it, I don’t much remember the staff meeting either!

I knew I was going to be having fun building. I hope you are, too!

Vic Syracuse - July 30, 2022
0
While I see lots of recurring maintenance problems every day, tough ones that require...