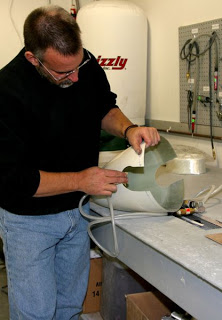 The FAA, in its revised Advisory Circulars that govern the licensing of Experimental/Amateur-Built aircraft, has taken an aggressive, broad-brush approach to stopping “excessive commercial assistance” in kitbuilt aircraft. An advisory panel was formed last year, and the initial findings were published in February, with the draft of revised rulemaking supposed to appear this spring. In fact, the draft of the new rules appeared in the middle of July, with a substantially shorter comment period than the industry was given to understand. We have 30 days, until August 15, to comment; those on the advisory panel believed it would be 60 or even 90 days. As this is written, the EAA has petitioned for an extension to the comment period.

In the proposed changes, which will cause current guidance ACs to be superseded, simple and effective rules that have worked for decades have been supplanted by a new, complicated set of guidelines that, at their most onerous, specifically require a certain amount of “fabrication” from builders. In past guidance, the terms assembly and fabrication were used interchangeably.

Let’s understand fabrication. In the past, builders created airplanes from largely raw parts—cutting and welding steel tube, for example, or working with foam cores over which fiberglass cloth and wet resin were applied. But the industry has inextricably moved on to where builders are working with far more complete basic, structural components. Fiberglass (and Kevlar and carbon fiber) shells are premolded using high-technology tooling that offers much better form control and consistency. Even the common aluminum kits come with a high degree of fabrication, particularly of critical structural items; these pieces fit together like a high-quality puzzle, and don’t often need hours with a hacksaw or file to make fit. Very few of the popular kits I know of that use steel tubing require any welding by the builder at all.

Into this, the FAA has decided that it wants a certain amount of “fabrication,” namely 20%. In the draft documents, the 51% of the kit that is the minimum to be left to the builder is broken down by 20% assembly, 20% fabrication, and 11% that can be either. Never before has the FAA required a specific amount of fabrication; the previous rules said simply that the builder had to commit the majority of the assembly and fabrication, though every modern kit I can think of includes some degree of pure fabrication.

And then there’s the issue of just what fabrication is. In the guidance, the FAA says this means working from “raw” materials. But how raw is raw? If you have a composite airplane, do you have to go back to raw glass and foam? Or can you get credit for working with seaming materials—say, installing a strip of glass that joins two other prefabricated pieces? This is one area where the working group was at odds with the FAA, and it seems that the group’s recommendations have been ignored.

I spoke at length with Dick VanGrunsven about the proposals, and he said that the FAA had come through Van’s Aircraft and run a test of the new checklist on the popular RV-7 quickbuild kit. It passed the 20% fabrication level, but not by a lot. I asked if the RV-10, which is a more advanced kit, would pass and Dick said he didn’t know; it hadn’t been run through the same checklist. And as for the RV-12, it’s difficult to say, but the high level of prefabrication seen on that kit would, near as I can tell, put it right on the edge.

On this issue of defining fabrication, the EAA has decided that it will fight the FAA on at least the requirement for a certain percentage. According to the EAA’s Earl Lawrence, “EAA will be opposing the 20% fabrication requirement in favor of a simple majority portion of the tasks. EAA believes that there is just too much debate and opinion as to what is fabrication and what is assembly, what is the definition of the two etc. for builders to wade through all of this.” The EAA is going to push the idea that “a task is a task is a task,” which is how the previous set of rules were laid out. If a builder did a “task,” say, build a rib, he simultaneously received credit for fabrication and assembly, even if the vast majority of the true effort was assembly.

In order to define who did what, the FAA has created Figure 9-3: Amateur-Built Fabrication and Assembly Checklist, which consists of 187 tasks and breaks them down. A column is used to define what has been done by the manufacturer, what was done by commercial assistance, what was assembled by the builder and what was fabricated by the builder. In a stark turnaround from previous indication, where the FAA opposed the idea of multiple credit among various entities for a specific task, the new checklist allows the builder to define, by 10% increments, who did what. For example, Task 1 is “fabricate longitudinal members.” The maximum value for any line is 1, so the manufacturer might be listed as 0.5 and the builder 0.5, if he fabricated half of the longitudinal members. But what is half? How do you define it? By steps in the process? Time? Effort? It takes an automated stamping machine about a second to pound out a wingrib, but it could take a builder days to complete the same task by hand. (And do I have to point out that the professionally manufactured rib, with its locating holes, is almost certainly a better, more consistent part than one hammered on a workbench next to the washer and dryer by an amateur builder?)

More troubling is that some major components are now on that list. For example, one line says “Fabricate engine propeller.” Assuming the builder did not create his own propeller, that line scores a 1.0 for the Manufacturer/Kit/Part/Component line, which takes away a point from his own participation. In the past, purchasing such critical items as the propeller didn’t count for or against the builder, or even factor into the computations determining major portion. Now the prop is joined by such things as the engine mount and exhaust system, which, if the builder does not fabricate (presumably from “raw materials”) counts against his efforts. Does the FAA really want builders welding their own exhaust systems?

This Fabrication and Assembly Checklist continues down to a tally chart at the end, where the points are supposed to add up and create percentages of the effort. Given that the manufacturer can have only 49%, maximum involvement in the basic structure of the airplane, the total remaining assembly and fabrication columns must add up to 51%. And the fabrication column alone must be 20% or more. If it’s not, the FAA is supposed to reject the application.

And while the new rules continue to leave overall construction of the engine, avionics, interior (and painting) outside the realm of the checklist, a few items have been snuck in. For example, the builder has to “fabricate instrument panel.” By placing this item on the task list, it removes it from the free category and requires the builder to specify how much was done by the kit maker, how much by himself, and how much by commercial assistance. If, for example, the kit he’s working fro
m has a 49% completion rate, and the builder honestly admits that his panel was professionally built, that line becomes a 1.0 under Commercial Assistance, and the airplane is no longer eligible.

Potentially the worst aspect of these new rules is the strain it puts on the DARs, or designated airworthiness representatives, who are the foot soldiers for the FAA in the Experimental world. These independent inspectors, who regularly (and rightly) charge a fee to “sign off” on Experimentals, are going to be put to a massive amount of work and responsibility under the new rules. In many places, the new draft documents refer to the FAA as making a determination, but you can read that as DAR. In many parts of the country, FAA inspectors outright refuse to come and inspect Experimental/Amateur-Built aircraft, citing workload.

There are other gems in this draft. For example, any modification to the kit by the builder that may impact the eligibility of the kit to be on the approved list must be re-evaluated by AIR-200 to ensure the kit remains eligible. But who is to make this determination? The DAR? The FAA office? It boggles the mind to think how long it could take to reach a determination on a small alteration. Ask anyone trying to certify a new technology with the FAA just how difficult it is to get anything through the system.

I do agree with the FAA’s putting a high-tension clamp on the act of taking a prebuilt, certified aircraft, modifying it and placing it into Experimental/Amateur-Built registration. This process, on the face of it, is crazy, and it’s amazing to think of how many aircraft have somehow been reset to carry E-AB certificates. It’s hard to argue with the FAA for wanting to stop that practice in its tracks. The FAA has also warned that E-AB aircraft that are built using certified parts—say a wing or fuselage—might not be eligible: “excessive use of such salvage components…will not be acceptable…”

In the end, it’s my view that the FAA has complicated this issue beyond recognition, and if these draft documents go through as written, they will create hardship for the rank-and-file builder who legitimately wants to construct an airplane of his own. Moreover, these new rules will do nothing to improve or even maintain safety.

The FAA has published a comment form in Microsoft Word that can be faxed to 202/267-8850 or emailed.