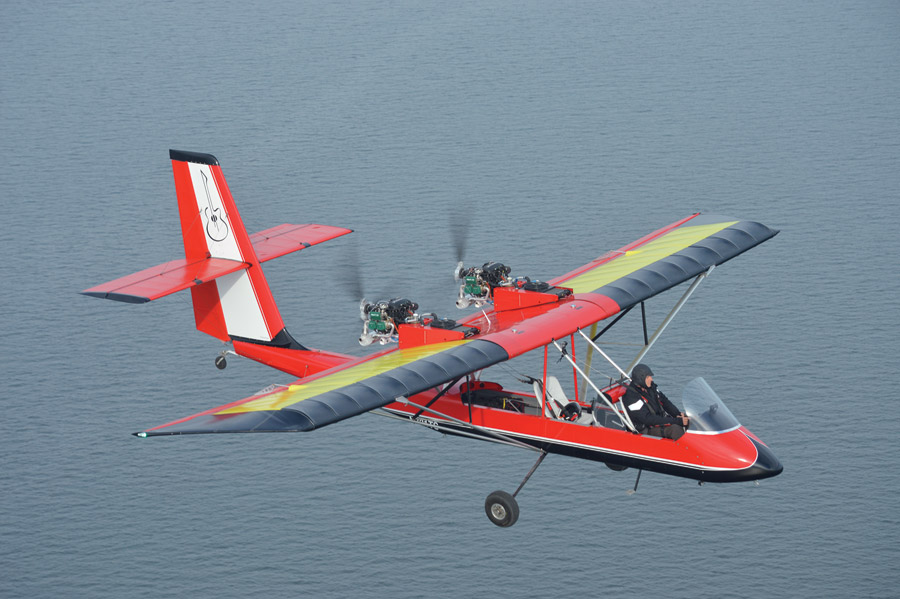 It’s the oldest/newest AirCam. Serial number 26, purchased in 1996, was moved in crates and boxes six times over 11 years to five states. It had about 2500 miles on it prior to construction. I called it the GroundCam for a long time.

The build began in earnest on April Fools’ day 2014. When the kit was purchased, fuel-injected Rotax 912 IS Sport engines did not exist, nor did Dynon Avionics’ SkyView system. I guess that’s a good argument for an abundance of patience.

The plane has been modified to easily attach floats and the new full enclosure. Each individual piece of aluminum has been Alodined, primed, and painted prior to assembly to prevent corrosion. With lots of help and encouragement from the wonderful pilots at Essex Skypark in Maryland, it flies hands off with no control tweaks or adjustments.

Thanks to Phil Lockwood for a magical design and for supporting even the early kits. Thanks to my pilot consultants and teachers, Carlo, Claudius, and Joseph. Extra-special thanks to my wife and kids for allowing me to have my “part-time job” for 17 months. I’ll be exploring every tributary of the Chesapeake Bay. 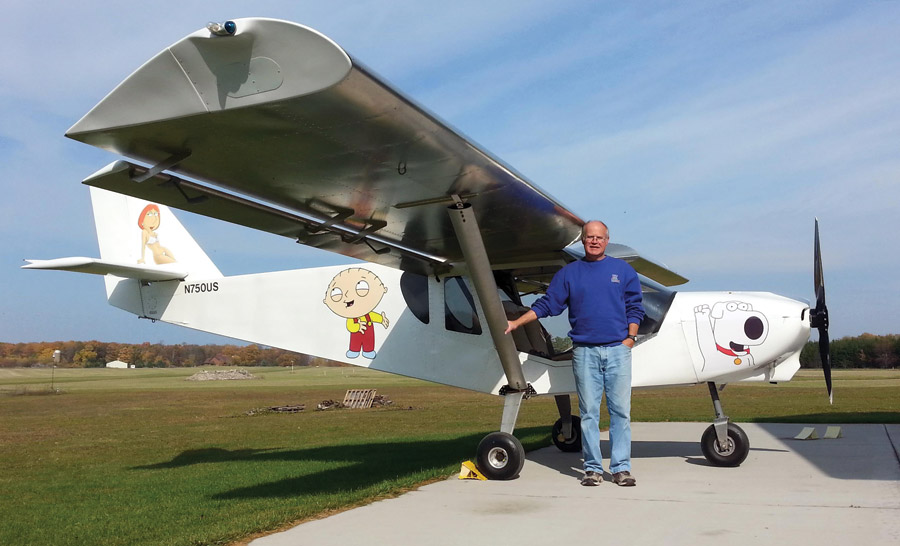 My new Zenith CH750 Cruzer is powered by a rebuilt Continental O-200 engine driving a WhirlWind propeller. From start to finish the kit took just a year to complete—you could not ask for an easier kit to build! The panel includes a pair of MGL XTreme displays that interface nicely with the O-200. I get about 100 mph cruise speed. Closest thing to building your own C-150 you can have! 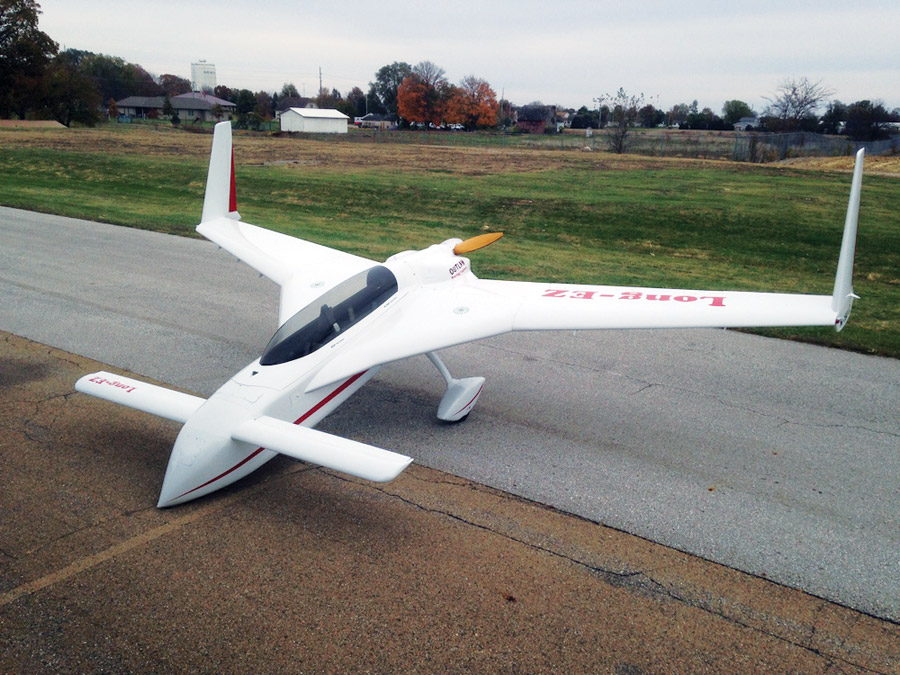 I recently rebuilt this Long-EZ. It took 13 months working on it most days and nights. The fiberglass, paint, interior, avionics, and some wiring was redone. A Lycoming O-320 is now pumping out 180-185 hp. A cruise prop is needed, but it’s still doing 190 mph. The first test flight was October 10, 2015.

This Long-EZ also has a smoke system for safety reasons—can you see me now? More speed mods are planned and heated seats for the cold Iowa winters. This EZ is our fourth canard either built from scratch or a rebuild; the first one was used by Scaled Composites to test a pulse engine and is in the Dayton Air Force Museum.

Dick Starks - October 14, 2011
0
Dick Starks and the members of The Kansas City Dawn Patrol head out to take part in the Annual Salute to Veterans Airshow in Columbia, Missouri.