For this month’s cover story on the updated Van’s RV-14A, I not only got to spend a couple of days flying and photographing the new ship but, thanks to Greg Hughes, Van’s marketing manager, gained access to the latest set of builder manuals for the 14. Whenever possible, we try to get our hands on the latest manuals for airplanes new to us, or designs we haven’t been in front of for some time. It’s one thing to touch and fly the completed hardware but something else again to have a closer look at how this project appears to builders from the start.

There is, as you can imagine, still great disparity in the quality and content of build manuals, but there’s also been a significant shift in the nature of these manuals for newer aircraft. I can relate. The manual set for my Pulsar, back in the mid-1990s, consisted of three spiral-bound booklets, maybe 60 pages each. There was another addendum that was being written as I worked pertaining to the Rotax 912 installation, and another for the then-new composite wings. (A lot of the old manual described how to get the previous wood wing skins ready for forming into the ribs, including a description of how to use your bathroom shower…) I learned a lot by doing and by talking to the guys at the factory. It seemed like I called them every week.

Wiring? Avionics? Interior? Nope, none of that was covered. With the early Pulsar XP, there was a lot the builder had to figure out individually. Looking over the current plans and direction for the RV-14A, I was taken aback by a couple of things. First, the completeness and detail are impressive. A clear step up from the already good RV-10 plans I’ve pawed through and, arguably, better than the updated manuals I used with the Sportsman in the mid-2000s.

The second thing that impressed me was the amount of physical work the factory’s done. Where there are still many raw pieces of fabrication to be done in modern kits—hewing a part from raw stock, for example—it’s clear the RV-14 comes with so many parts already stamped to near-final shape and punched. Sure, you have to separate conjoined parts that had been CNC-cut at the factory, and you get the joy of dimpling or countersinking lots of holes, but the RV-14 comes pre-punched at final size, eliminating the need for assembly, through-drilling to final size, disassembly for deburring and all the remaining steps.

What’s more, the RV-14 can use a factory-spec wiring harness for “drop-in” installation. We tried that with my Sportsman and got most of the way there, but not as far as the RV-14 goes. We all complain when airplane kits get more expensive, but after looking into the -14 to some depth, I have to conclude that the cost of your time saved (and potential problems avoided) is pennies on the dollar.

Speaking of evolution, our annual directory of kit- and plansbuilt aircraft got a slight makeover this year, and I wanted to explain the thinking behind it. For the last several years, we have included so-called defunct companies and designs in the printed version as a resource for builders looking for data on aircraft no longer offered. The truth is that you can find partially completed kits and pristine plans for aircraft whose original (or even subsequent) companies have been gone for some time. And, we felt, having some point of reference on those designs would be useful. The downside of the way we presented the data, by interspersing inactive companies among those still in business, was that it tended to muddy the waters. You’d have to wade through pages of defunct designs to get to companies like Van’s and Zenith. It made sense to me, then, to separate active and inactive companies to make the directory of aircraft you can buy more manageable and visible. You’ll see the fruits of that effort starting on Page 14.

There are no mysteries about how we gather this data. Starting in the summer with the previous year’s information, we begin contacting every company on our list. They are offered a simple web form to update key information—prices, performance, etc.—and when they respond we tick them off the list for the moment. Then we start working on the rest, checking websites to see if any given company seems viable, then following up with an email (or three), then attempts to contact the company via the web forms and, finally, phone calls or texts. Most of the successful companies respond quickly.

The final deadline happens as this issue is nearing completion, in late August. In past years, we had the opportunity to walk the grounds at AirVenture and pigeonhole those we had not yet heard from and scout any new companies. Not for 2020, of course, so we had to rely ever more on “non-contact” forms of communication. Even with a full-court press from our web guy, Omar Filipovic, we were unable to make contact with a few companies and have moved them to the inactive list. I’m sensitive to COVID-related slowdowns and the realities of small kit companies, but if we can’t reach them to provide a free service that benefits them, how are they going to treat customers with a knotty problem?

Invariably, a company or two will come to life too late to make the printed issue. They will be added to the online database in real time. A good example is the Wolf W-11 Boredom Fighter. We got word the plans are still available from Don Wolf, the designer’s son, although too late to include in this printed guide. (Yes, I do my editorial last.) As always, check the “living” guide on our website for the latest information.

Many of you picked up on the photo accompanying Dana Hague’s first part of his propeller story in the October issue that showed two of the six bolts safety wired backward. Dana is definitely not alone. Years ago, while building my Pulsar at the Long Beach, California, airport, my hangar neighbors received a new Lycoming for their Cessna 172. As they had the engine ready to be hoisted into place, it was temporarily belly-side-up, and I, curious as usual, walked over and was absentmindedly ogling it when I realized that one of the oil-sump drains had been neatly and professionally safety-wired…backwards. It can happen to the best of us. 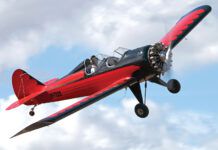 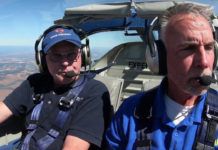 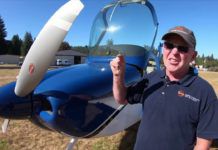 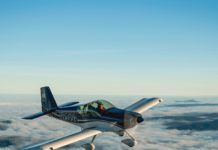 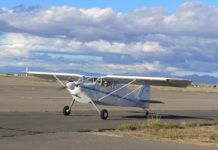 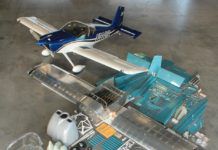 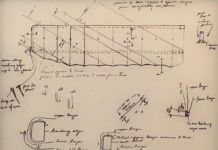 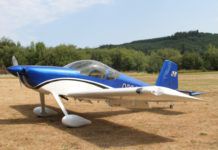 A Tale of Two Antennas