We started building Sonex N179ES in January 2003 and made the first flight on June 29, 2007. We constructed and painted our plansbuilt Sonex in a two-car garage. The 80-hp AeroVee 2180cc engine came to us as a kit from Sonex. It went altogether well, partly because Mark is a diesel mechanic and partly because of good support from Sonex. We used a Grand Rapids engine information system and Becker radio and transponder. The plane flew very well, with only minor adjustments necessary after the first flight. We attribute this good performance to using the best set of plans that either of us ever saw and following them carefully. Accurate measuring and cutting make the difference. To the people at Sonex, John Bakken and the people at ISU Aircraft and EAA Chapter 407, we say thank you, thank you, thank you for all of your help and encouragement. Building this plane has been a rewarding experience.

This is the first Experimental aircraft I have built after owning a Mooney for 40 years. I wish I had built this one a few years ago, as I could have enjoyed a lot more flying time. The first flight was on July 18, 2006. Wow! It is a delight to fly, forgiving, and what a view from the cockpit. Power is a Jabiru 2200A. I liked it so much that I became a dealer. My biggest thanks go to my wife, Janet. She is the biggest supporter in this project. The customer support from the entire staff at Titan Aircraft and from Andy Sylvester with Suncoast Sportplanes Jabiru has been excellent.

N888BZ slipped the surly bonds in August 2006 after seven years of on and off construction. Other than the oft reported “slightly heavy” right wing, she flies straight, true and fast. Power is a Superior XP-360 turning an Aero Composite prop. The cowl and pressure recovery wheelpants are courtesy of Sam James. The seats are Cleveland leather with five-point Hooker harness restraints. The panel is IFR with a Blue Mountain EFIS One, Garmin SL 30, and Becker com and transponder. Backup “steam gauges” as well as a full complement of Electronic International engine monitoring gauges are installed. Its a joy to fly! Special thanks to my fellow builders at EAA 1250 and to my friend Aaron Keesey for his invaluable technical assistance.

This is the second airplane I have built. The first was a Kitfox many years ago. My latest project is this Fisher Flying Products Celebrity biplane. It took me about 1800 to 2000 hours over two years to build. First flight was in September 2006. The folks at FFP were great to deal with, and I would recommend their kits. The biplane is powered by a new TMX O-200 and a Culver prop. After more than 20 hours of flying, each flight still brings a smile to my face. This is a wonderful flying little bipe, down low and very slow! I have a complete photo suite and write-up on my web site at www.mybiplane.com. I set it up to help other builders see the process. I fly out of central Massachusetts.

The construction of my Rhapsody in Blue began the first day at the Lancair facility in Redmond, Oregon, on October 31, 2005, under the builders assistance program. The Airworthiness Certificate was received in October 2006 with the first flight achieved on November 2, 2006. After 40 hours of test-flying in the Redmond area, N767EM was flown to Denton, Texas. The Legacy has a retractable step on the left side and the avionics consist of dual Cheltons, with GADAHRS, Dynon D-10A, TruTrak autopilot, Garmin 430, Garmin SL 30 and transponder. Backup instruments include a TruTrak ADI, UMA airspeed and altimeter. The engine is a TCM Platinum IO-550N with dual 28-volt alternators and dual batteries. Both the Dynon D-10A and ADI have their own internal batteries (backup). The legacy paint and interior were done by Aerosmith Aviation, in Longview, Texas. Based at the Denton Airport, I have flown approximately 90 hours in N767EM.

I picked up my Kitfox kit at the factory in October 2001. After a retirement, a couple of moves and a period of time when I was unable to work on it, N3695J finally made its first flight in January 2007. It is powered by a 100-hp Rotax 912ULS with an Ivo prop. Performance is better than expected. The instrument panel is equipped with basic VFR instruments plus a Garmin 296, Icom A-200 com, Grand Rapids EIS, Garmin GTX 327 transponder and PS Engineering intercom/CD. The hardest part was deciding on a paint scheme. Special thanks to John and Debra McBean for their assistance in completing my project and realizing my dream of building, owning and flying my own airplane.

Jerald Gartman - August 9, 2019
2
This handy tester is rugged enough to be stored in your tool tray with... 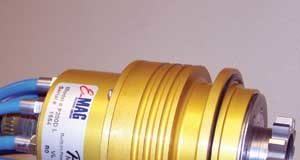