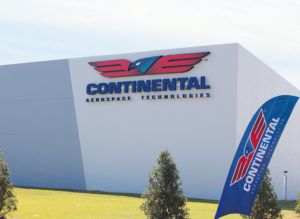 Announced March 27, 2017, the facility represents a $75 million investment in general aviation. It will consolidate operations currently conducted in 10 or more separate buildings, some dating to WW-II, as well as shift manufacturing from legacy iron tooling to new automated machining centers. It’s not just a new building. In truth, more than half the total investment is dedicated to new machines and methods that will dramatically improve both speed and accuracy. It is a complete reset, a wholesale revamping of how GA piston engines and accessories are traditionally manufactured.

We sampled some of the new during a quick hike around the main shop floor, which is roughly the size of four football fields. Special foundations support engineered floor sections for high-accuracy machines. Certain paths include wire guides for robots. The entire space is climate controlled, brightly lighted, and as safe as possible, by design.

Machine installations are underway and will continue for some time, but two notable production cells already in place include the cylinder machining centers (three of them) and the grinding centers (a pair).

The former automatically loads a raw forging, then passes it from spindle to spindle while reducing the forging to a finished cylinder, all without human interaction. The operator can specify a sample rate for quality control, and the machine outputs those samples to a separate port, so they may be transferred to an automated multi-axis measuring unit. The three centers operate independently, so three different cylinder models can be produced at the same time.

The grinding cells can be preprogrammed for every camshaft and crank in the parts catalog… legacy Continental, Continental Prime/Titan, and Continental diesel. The centers can then switch production between those parts in minutes, based on demand.

There are dozens of similar marvels. KITPLANES® will be heading back for an in-depth exploration when the shop floor is fully populated. For now, enjoy the preview, and toast the people who made it happen. Continental’s commitment is a very good sign for everyone who dreams of flight.

Vic Syracuse - June 5, 2022
0
Perhaps brake lines in the cockpit should be part of the preflight? This aircraft...