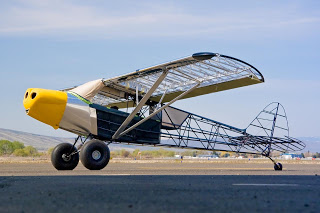 In a utility airplane, the power-to-weight ratio reigns supreme, which is why Cub Crafters is making a big deal about its new Carbon Cub kit. Said to weigh 200 pounds less than traditional Super Cubs, the Carbon Cub is designed to accept powerplants from the 100-hp Continental O-200 to the 180-hp Lycoming IO-360.

Cub Crafters says a 160-hp version, certified in the Experimental/Amateur-Built category, can weigh as little as 925 pounds empty. An ELSA version, with the O-200, can weigh as little as 845 pounds empty, according to the company, leaving 475 pounds for people, things and fuel. Select use of composite materials and a simplified wing structure—with half as many parts as the original Piper design—contribute to the weight savings, the company says. A modern cowl design along with a streamlined fuselage also improve performance to “130 mph or more” in cruise. 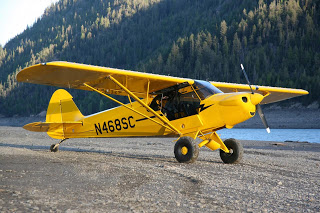 With all the quickbuild options, the Carbon Cub will be ready to cover in 120 hours, the company says.

Tidy Up with Adel Clamps

Jon Croke - February 16, 2021
0
There is so much to learn by simply observing the handiwork of others. Some...