I’m sure there were good used homebuilts closer to me than N531CE, but this 2002 GlaStar is, in many respects, the right airplane for me. First of all, it’s really familiar, enough like my Sportsman that I know what to do and how to do it. For those of you quick to accuse me of reenacting old behavior, that’s fair enough. I did look at other designs, but this turned out to be the right airplane at the right price, and well suited to my needs at the moment.

More than that, it’s beautifully built and lightly equipped. I’d rather have an airplane with minimal equipment so I can rework it to my needs and taste, than one with functional pieces that are just a little too old and just a little too unreliable.

For now, though, Charlie Echo is very, very basic. A single com radio, transponder, previous-generation VFR portable GPS, and steam gauges. The previous owner added a TruTrak two-axis autopilot, but thanks to the lack of equipment—it doesn’t even have a heated pitot head—this is a purely VFR airplane.

And that was my concern about taking it from the Portland, Oregon, area to my home base in Rhode Island. It’s a big country with the potential for big weather.

My first order of business was not to hop in and head east. I needed to set up my iPad and Garmin GDL 50 so I could get ADS-B In/TIS-B weather and traffic during the trip; these are pieces I already had, I just needed to find a way to get them integrated. Thankfully, our web guru, Omar Filipovic, lives in the Portland area and offered the use of his hangar at Twin Oaks airport for a day of tweaking on Charlie Echo.

After signing the paperwork and noting the pangs of regret in John Jessen’s voice—but, John, you now have every excuse to get back on that RV-10—I hopped in the GlaStar with the intention of popping over to Twin Oaks. To give Omar time to drive over, I flew a few basic maneuvers and checked systems, then stopped over at McMinnville to perform a few touch-and-goes. I have a lot of Sportsman time but not as much in the smaller, lighter GlaStar, so it seemed wise to practice landings before I had to do it at Twin Oaks. So far, my only troubles are getting it slowed down. With the big engine and constant-speed prop in the Sportsman, you could be less than diligent with patterns speeds and still burn off the energy for the landing. Not so with the fixed-pitch, 150-hp GlaStar.

Beyond a thorough going-over of the airplane, I decided to swap out a key instrument. I knew the turn coordinator had coordinated its last, so the plan was to install a Garmin G5 EFIS where the attitude indicator was, move that to the TC hole, verify my work, and then I’d have a new “toy” to play with on the flight. I’d already built a harness at home, so this was a swift install.

Why the G5 now, given this is a purely VFR airplane? My plans include an IFR GPS and the G5 can serve as an indicator for that system, and be that and a backup instrument—for much less cost than a conventional CDI. It seemed like a good idea. Plus, if I go full glass at some point, the G5 can stay as a backup. I didn’t see this instrument as a temporary measure.

I’d left myself the weekend to get home, planning to leave Portland sometime very early Saturday. But we were done quickly enough and I was happy with the results, so around lunchtime on Friday, I left Omar at Twin Oaks, took off, and turned for the Columbia River Gorge. Clouds formed near Portland but I was well above, enjoying 20 knots on the tail and a smooth ride. I had hoped to make Pasco, Washington, at least, but the weather was better than expected so I continued toward Missoula. Weather enroute and increasing winds further east suggested an overnight stay in Lewiston, Idaho, instead. Since you never know what weather will do to you, getting any little bit of a head start is advisable. A 120-knot airplane with just 4.5 hours’ endurance requires planning and patience, even with the winds at your back. 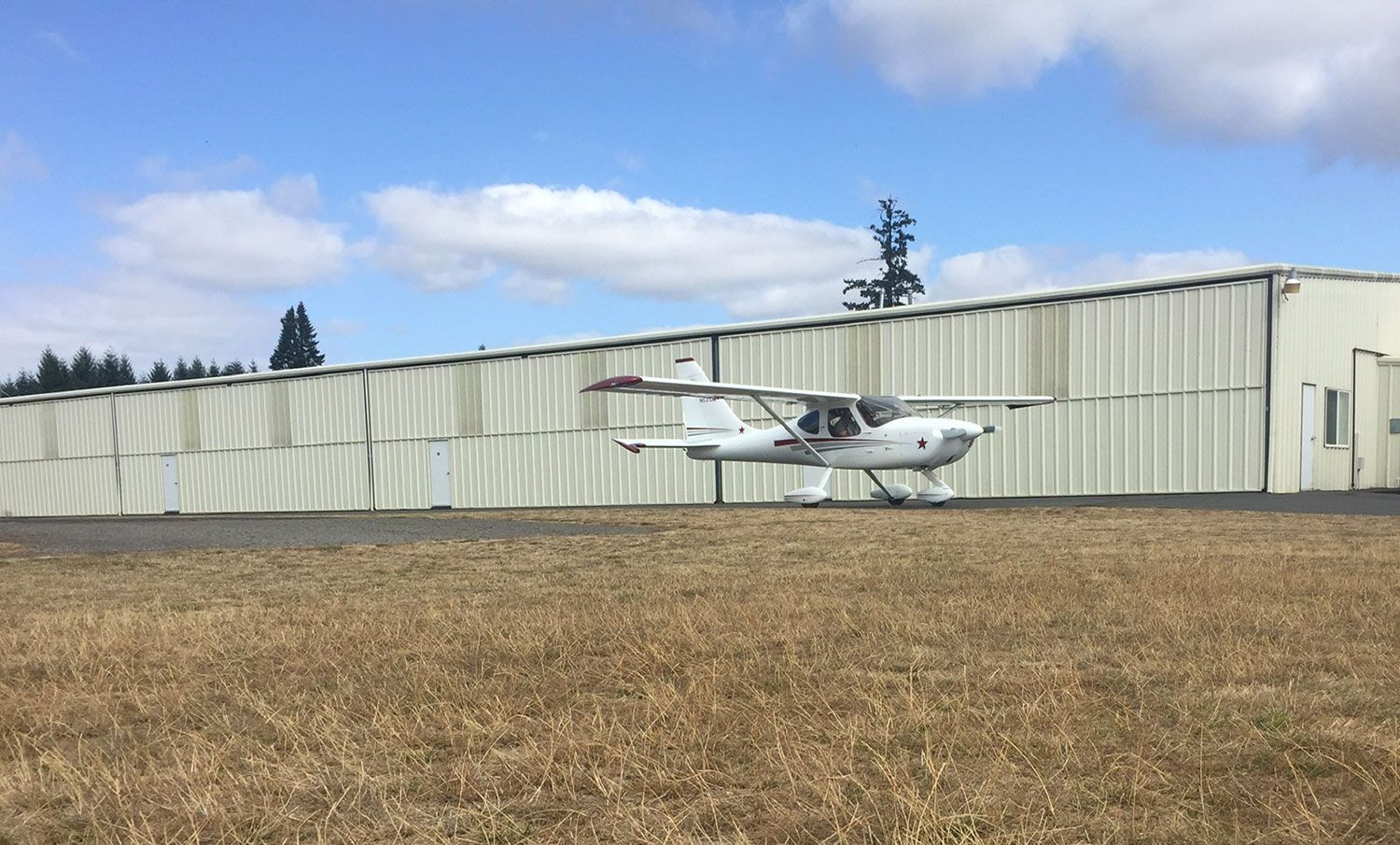