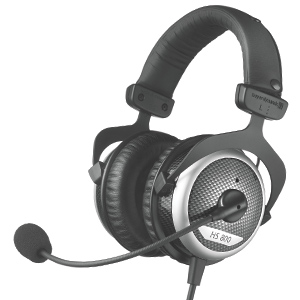 Beyerdynamic, a German audio company, has introduced the HS 800 Digital, a new-class of aviation headset using DANR (digital adaptive noise reduction), which the company claims combines feedback and feedforward ANR for the first time in a digital system.

According to beyerdynamic, system-related disadvantages in ANR headsets such as background noise and limited capacity have been eliminated in its DANR headset. Feedforward digital control now makes it possible to adapt to high-precision frequency peaks. Additionally, the HS 800 is cushioned with viscoelastic and soft leather, and is protected with carbon fiber and anodized aluminum.

The HS 800 is available in three versions. The traditional version has two classic jack plugs; the rotor version features a spiral cable and U-174/U jack for helicoptors; and the six-pin version has a Lemo connector which, in addition to providing microphone and stereo headphones signals, provides the electrical system voltage that allows the headset to be used without batteries. 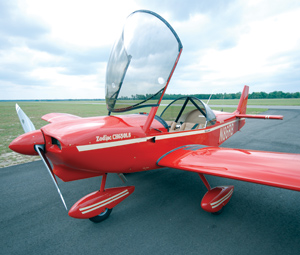 A five-person FAA National Kit Evaluation Team (NKET) concluded a two-day visit to Zenith Aircraft Company in Mexico, Missouri, and determined that the Zodiac CH 650 Light Sport kit does meet the FAA’s 51% rule. The FAA Production and Airworthiness Division (AIR-200) has added the Zenith kit to the List of Amateur-Built Aircraft Kits located on the FAA web site.

According to Zenith president Sebastien Heintz, "While we never doubted that the CH 650 kit meets the intent of the major portion [51% rule] requirement, it’s useful to have it officially recognized as such. We provide a significantly higher level of completion with the CH 650 kit compared to many kits on the market."

According to the company, the CH 650 is a second generation Light Sport Aircraft, developed specifically for Sport Pilots. This model offers a larger cabin area with more width and headroom, improved ventilation and visibility, and a new canopy latch system. The company offers both complete kits and "buy-as-you-build" component kits, as well as blueprints. 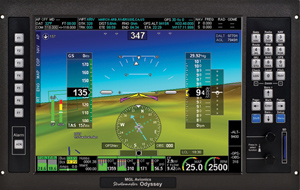 To submit a press release on a homebuilt-related product, e-mail a detailed description and high-resolution photograph to editorial@kitplanes.com. Mailing address is KITPLANES, New Products, P.O. Box 315, Ashland, OR 97520.

Mel Asberry - August 10, 2012
1
How do you know when the sum of purchased parts exceeds the 51% rule? Does the data plate have to match the registration? DAR Mel Asberry answers these questions and more.