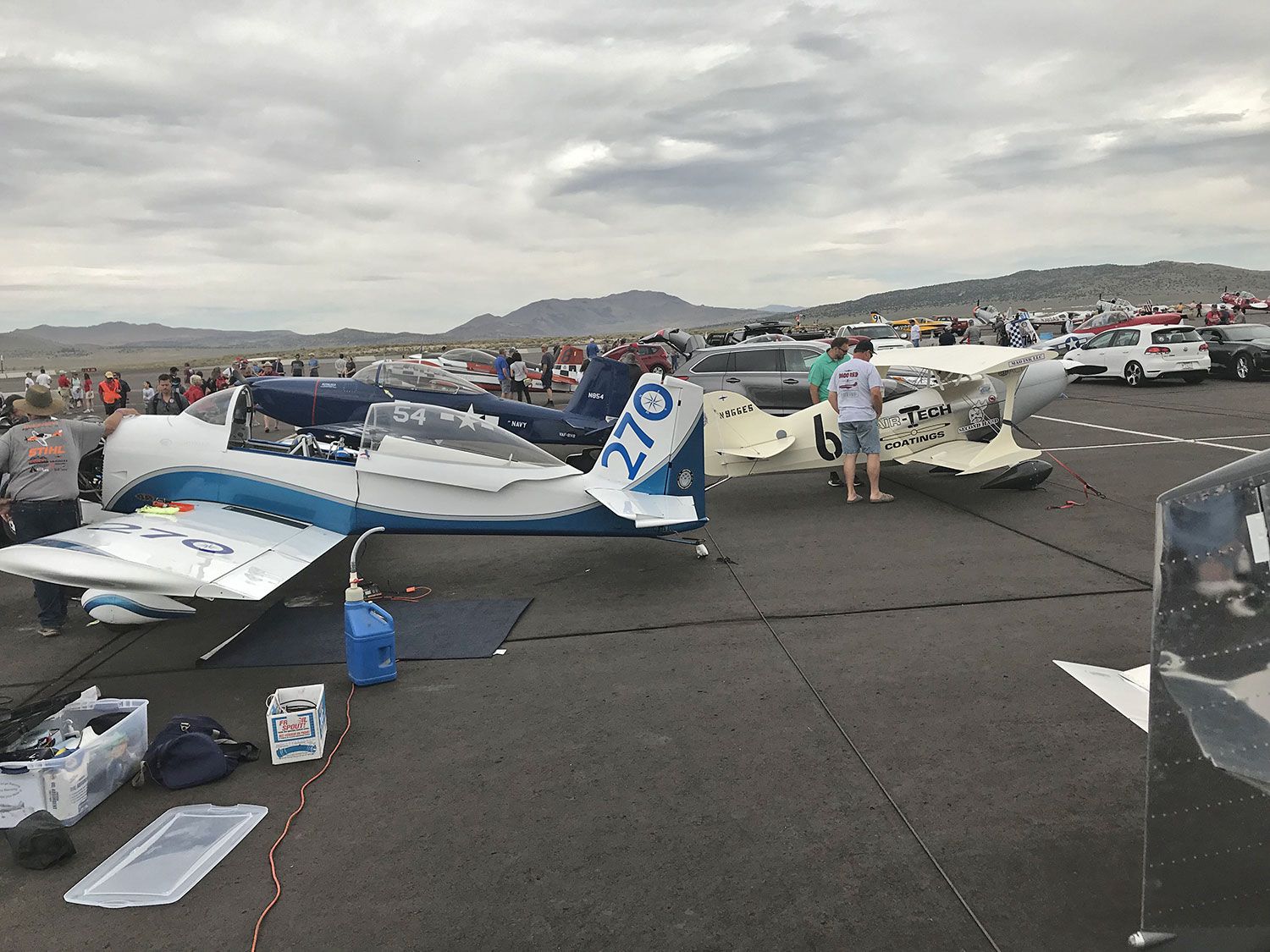 Sometimes, you just see a photo that demands a caption. Or two. Or maybe three…

“If I’m really quiet, maybe they wont notice me!”

“When I grow up, I want to be really fast, like these guys!”

The truth is, as usual, much simpler. As the Reno Air Racing week wraps up, the hangar that is used by the Biplane and Formula 1 classes has to be made ready for the Sunday night banquet – which is why those two classes try and get all but their final “Gold” races done by first thing in the morning, Then they have to spend the rest of the morning and early afternoon packing up and clearing out so that the catering team can move in and set up tables and chairs for hundreds of racing participants.

Formula 1 planes generally have easily removable wings, and come by trailer, so they are easy to pack (not quite carry-on luggage… but almost!). The biplanes (except for Phantom, which splits into two pieces behind the cockpit, and fits on a trailer) generally fly to and from the event. So on Sunday afternoon, you find them sneaking in to any empty hangar space or unoccupied tie-down, hoping no one will notice. As RARA 2019 wraps up, the winds are expected to come up, so shelter is a priority – but any port in a storm, as they say. Meanwhile, the Sport Class racers don’t seem to mind the biplane in their midst, so long as it doesn’t start talking smack.